‘Doing it for Danielle’ 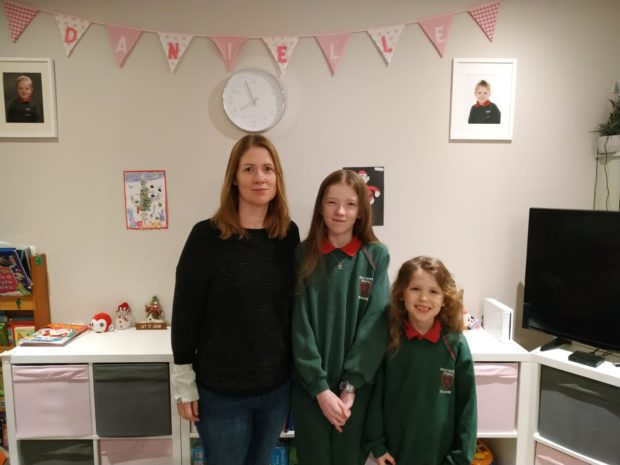 Trish Cowman, Nicole Cowman and Helena Cowman who have been raising funds for the charities that helped the family so much when baby Danielle died in 2013.

THREE amazing Tramore ladies will chop their golden locks at the end of this month to raise funds for a very special young girl who passed away in 2013. Trish Cowman and her daughters Nicole (12) and Helena (7) have been fundraising tirelessly over the past few months to raise much needed funds for the charities that helped so much when Baby Danielle passed away from a brain tumour at just two and a half years old.

“These charities – Aoibheann’s Pink Tie, the Gavin Glynn Foundation and the Irish Childhood Cancer Charity helped us so much when were going through the most terrible time,” Trish said. “We originally aimed to raise €3000 but we’ve already doubled that target so we’re going to keep on going and raise as much as we can for them before we get our hair cut.”

The girls will be getting the big chop – all going well covid-wise – at the start of February with stylist Denise Mayer in Salon Privee.

Speaking about why they were getting the big chop, Helena said that “I want to cut my hair for charity and for my sister Danielle” while Nicole said “I can’t wait to donate my hair in memory of Danielle. I miss her so much and I think about her everyday. I wish she could be here.’

“We’d like to say a big thank you to everyone that has been so generous with their donations.” Trish said. “You can be assured that the money will be used wisely by the charities to help poor families going through this awful situation.”

To contribute to this very special cause, check out the girls’ Go fund me page at https://gofund.me/cf4f82bd