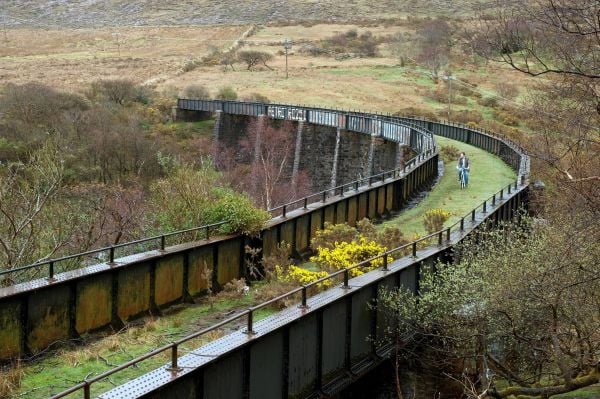 Two High Court challenges have been launched against a proposed cycling and pedestrian ‘Greenway’ in Co Kerry.

The actions relate to the proposed 32km South Kerry Greenway from Glenbeigh to Caherciveen, which will run mainly along the former disused Southern and Western Railway which operated from 1892 to 1960.

Represented in the action by Margaret Heavey Bl, instructed by solicitor Brian Harrington, the applicants claim the board’s decision is invalid because it contravenes various EU directives on Environmental Impact Assessments (EIAs) and Habitats.

The applicants claim the board decision’s decision is invalid on grounds including that it failed to take required steps to establish a system of strict protection for the Kerry slug and the Lesser Horseshoe bat in their natural range.

In their judicial review action they seek an order quashing the board’s decision.

They also seek a declaration that a section of the 2000 Planning & Development Act does not comply with the state’s obligations under the EIA Directive.

This is because the State has failed to transpose into Irish law an obligation to determine if a road should be made the subject of an EIA, it is claimed.

A second challenge has been brought against the board’s decision has been taken by members of group representing local landowners, called the Greenway Information Group, whose land is to be used as part of the greenway.

Their lands are to be acquired by way of compulsory purchase orders. Represented by Michael O Donnell Bl, also instructed by Mr Harrington, they are also seeking orders from the court quashing the council’s decision to grant permission for the greenway.

Counsel said his client’s action is similar, with a few differences to the action brought by Mr Sweetman and Mr Clifford.

Kerry County Council is a notice party to both actions.

Both cases were briefly mentioned before Mr Justice Charles Meenan on Wednesday, who deemed both actions formally opened.

The judge then adjourned both actions to a date later this month.

The applications for permission to bring the challenges were transferred to the High Court’s strategic infrastructure development and commercial planning list, which is managed by Mr Justice Richard Humphreys.