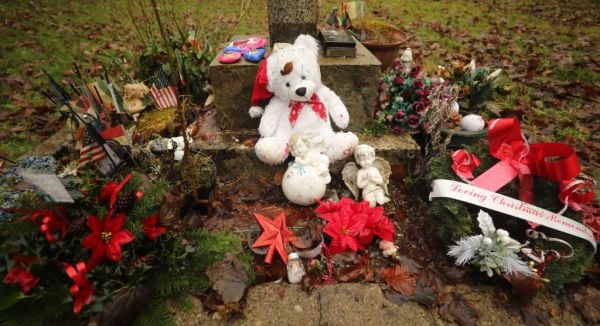 Northern Ireland’s Deputy First Minister has vowed to do “whatever is required” to secure justice for survivors of mother and baby homes.

The Stormont Executive is expected to receive a report around institutions run north of the border in the coming weeks.

Michelle O’Neill said she is determined to do “whatever is required to make sure that these women are no longer denied access to justice”.

First Minister Arlene Foster said she looks forward to seeing the report and hearing recommendations on the way forward.

The pair will meet with Minister for Children’s Roderic O’Gorman next week to consider “any issues which have a cross-border dimension”.

Earlier, Taoiseach Micheál Martin apologised to the survivors of the homes saying they had been failed by the State.

He was speaking after a report by the Commission of Investigation into Mother and Baby Homes found “appalling” levels of death.

The survivors showed great bravery in sharing their stories.

The Government is now focused on a comprehensive implementation of the recommendations in this report. pic.twitter.com/zF904LrvIE

Academics from Queen’s University in Belfast and Ulster University have been examining the operation of institutions between 1922 and 1999.

Ms O’Neill told Stormont’s Executive Committee today that the report is complete and a paper is expected to be brought to ministers “shortly” for consideration.

She said, subject to the Executive’s approval, it will be published before the end of January.

“Alongside the publication of the research report, the Executive will also be asked to consider and agree recommendations on the way forward,” she said.

“The chair of the group has established a reference group, and that includes victims and survivors, and also their representatives, and they clearly have to play an important role in terms of this work programme.”

She said she looked forward to receiving the report and turning around a response “very, very quickly” to provide a “next step” for victims and survivors.

“I think what happened in the south yesterday was appalling, that the report was leaked to the public before the victims and survivors had sight of it, I think that was a further slap in the face. We need to make sure that that doesn’t happen again here,” she said.

May they rest in peace pic.twitter.com/yytrKc7GJ6

Committee chairman Colin McGrath asked the ministers about a perception of a delay around the report, and whether an apology will be issued to survivors.

Ms O’Neill said whatever is recommended in the report, whether that be a full public inquiry, an independent investigation, a statutory investigation, she is prepared to do “whatever is required to make sure that these women are no longer denied access to justice”.

“Whether that be an apology, investigations, whatever is required, I am determined to do that,” she said.

Mrs Foster paid tribute to the work of Ms Gillespie, saying she has made “great progress”.

“Both Michelle and I were very taken when we met her recently by her energy and determination to get to the truth, so I very much look forward to her report,” she said.

“And whilst I totally understand that some people will call for a public inquiry, I think it’s also recognised by others that because this is such a personal issue and such a private issue that others may not want that to take place, so we’ll listen to all those arguments and hear what Judith has to say to us in relation to what is the way forward.

“As Michelle says, we will want to take that forward, whatever that is.”

Independent MLA Trevor Lunn said there is “no border” when it comes to the homes, adding only a full public inquiry will be sufficient.

DUP MLA Christopher Stalford described the report in the Republic as “stark”, and the death rate of children as “scandalous”, adding he believes the figures will be similar in Northern Ireland.