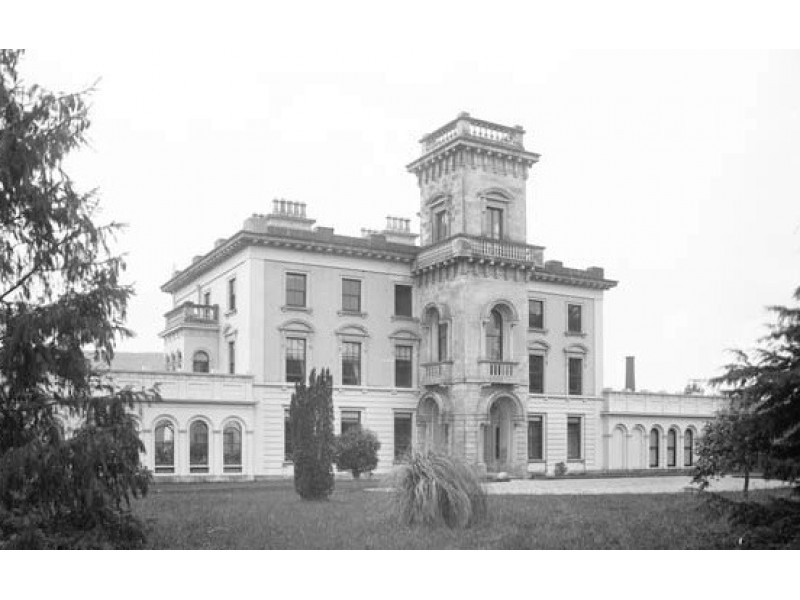 ONCE the family home of the famed Malcolmson’s, Mayfield House in Portlaw presents a unique opportunity to bring a derelict shell back to life as a stately home, now that it has been placed on the market for €790,000.

Set in a six-acre garden, Mayfield House, which dates from the 1740s and which received a massive upgrade from famous Irish architect William Tinsley in the 1830s, has been vacant for over three decades.

However, selling agent Mark Mallon of Euro Resales Ltd., said it retains its solid structure and charming and unique design features. “This means that, unlike most listed buildings where the inside must be preserved at huge cost and future uneconomic cost due to the old interior, the interior can be remade in a modern way with the exterior classic style retained.”

Various other buildings, including a derelict lodge at the main gates, a coach house at the back of the house with coach yard, a collapsed orangery, and a number of other collapsed structures remain on the estate grounds, which neighbours Curraghmore Estate. 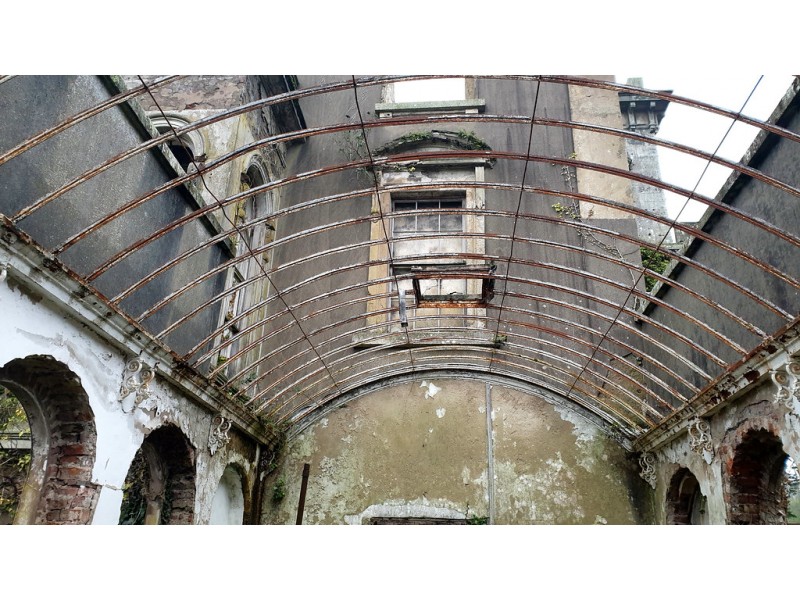 The Malcolmson story, which is intrinsically linked with the fabric of Portlaw, starts with Joseph Malcolmson, one of two sons of a Scottish Presbyterian linen weaver, and father of no fewer than 11 children with his Quaker wife, Rachel. One of their sons, David, went on to have an extremely successful career that saw him founding the family fortune via the corn, and later, cotton trade.

In 1825 he took out a 999-year lease on Mayfield house, along with a 16-acre plot of land, from a local landlord. A small, fire-damaged cotton mill that stood on the land was demolished and redeveloped into a vast, six-storey cotton mill, along with a canal to utilise the power of the River Clodiagh. The demand for labour saw the village of Portlaw expand from around 400 residents in 1825 to over 3,500 by 1841.

Following the sad death of two of David’s grandchildren from Scarlet Fever in 1846 and 1847, Architect William Tinsley was hired to make improvements to Mayfield House.

Tinsley re-modelled the exterior of the house, giving it its distinctive Italianate style. In 1857, Malcolmson updated aspects of the building using local architect John Skipton Mulvany, who is believed to have designed the gate lodge as well. 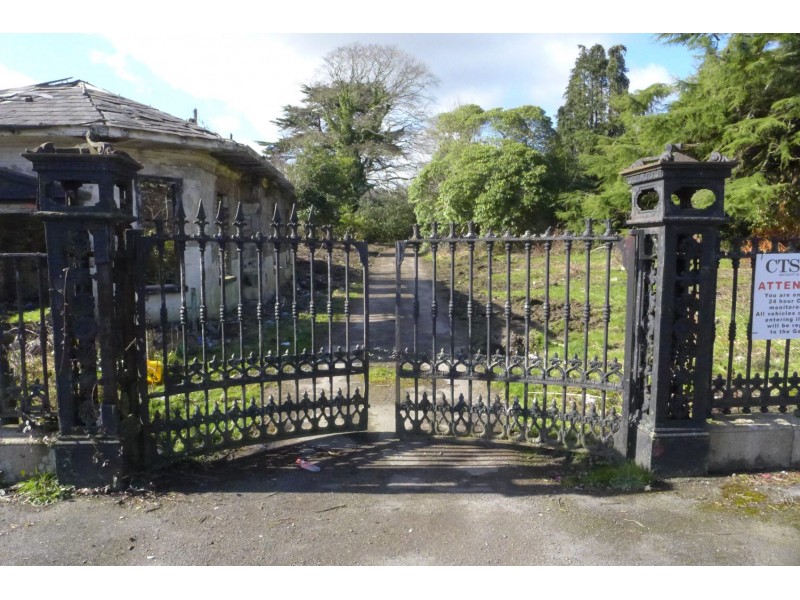 In the 1870s the factory was adapted for spinning and it continued in this line until the early 1930s when it was again repurposed, this time as a tannery, under the ownership of the Irish Leathers Group. Mayfield House had been occupied by members of the de la Poer Beresford family (of Curraghmore), but became office premises for the Irish Leathers Group for the next half century. When the tannery closed in 1985, Mayfield house was rendered surplus to requirements. A few years later a proposal was tabled to convert both factory and the house into a retirement home, but the scheme didn’t take off. 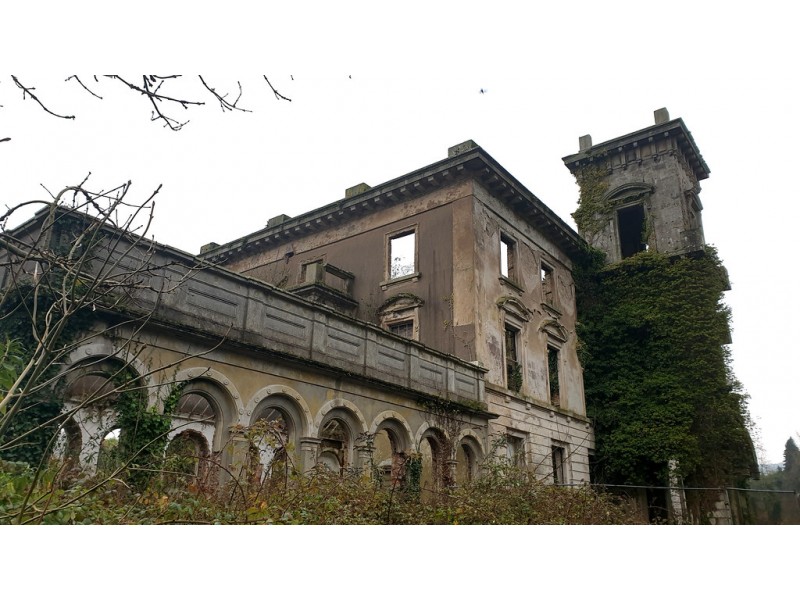 For the last 30 years Mayfield has stood empty and slipped into its present state of dereliction. Almost nothing of the original mid-Victorian interiors now remains bar fragments of plasterwork and timbers.

“As the past of this lovely Italianate style mansion slowly crumbles away, what emerges from the dust is a potentially unique and exciting future just waiting to be written by the lucky new owners.

“This project truly is a blank canvas just waiting for someone with the vision and ambition to transform it into a spectacular commercial or residential venture,” the selling agent said. 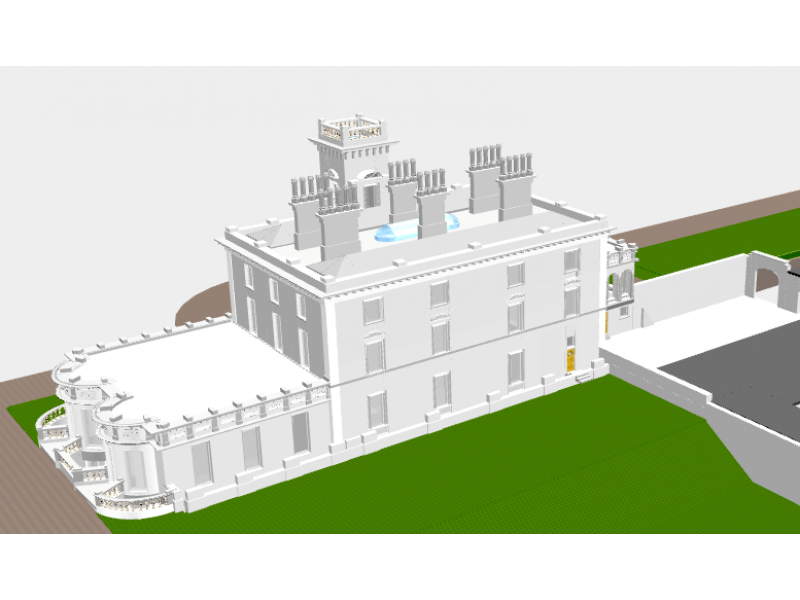