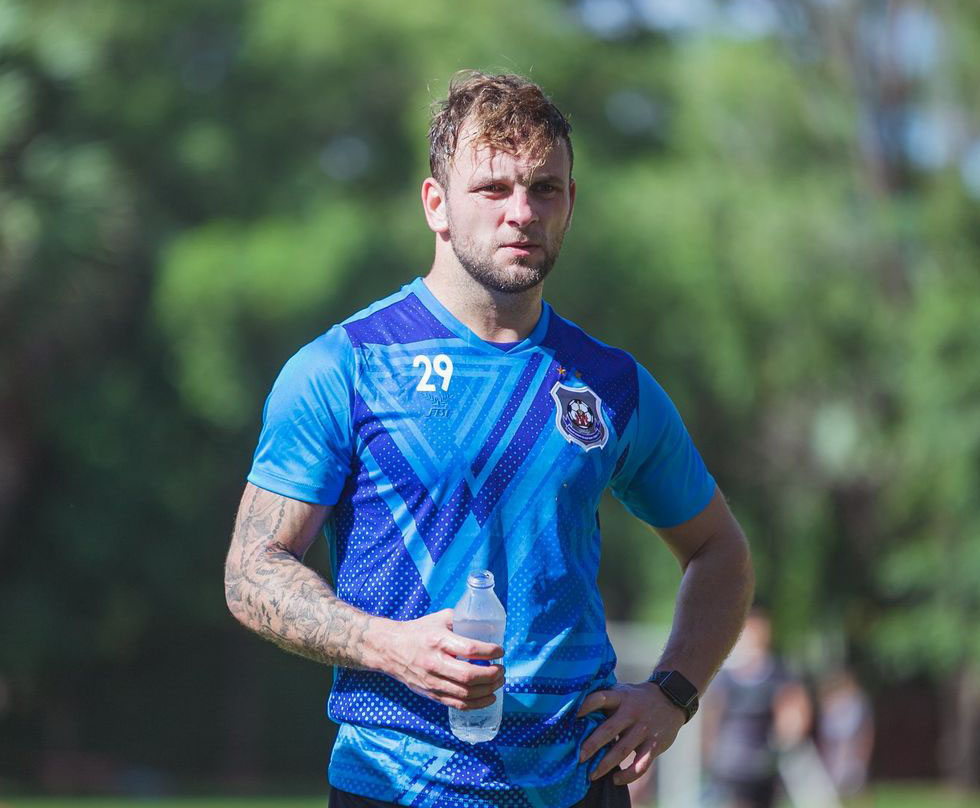 Larchville native Paddy Barrett has made a major change in his footballing career after the central defender has made the move from America to Cambodia where he has been unveiled as a new player for Preah Khan Reach Svay Rieng FC, who finished second in the Cambodian League in 2020.

Barrett, who won a League of Ireland double with Dundalk and helped Waterford FC back to the top division before his move to America, departed for pastures new during the Festive period and he is now looking forward to the latest chapter in his football journey.

Speaking on his first interview for the club, Barrett said, “I’m settling into the club okay, but nothing quickly though because it’s a big adjustment from where I’ve ever been before. It’s a lot different as well. Time wise, facility wise, players wise, and a language barrier as well.

“There’s a lot of changes for me to adapt so I think I’ll give it a little bit more time and hopefully I can settle in a bit better, but so far so good. The heat here is a very big factor. It’s very hot here and I wouldn’t be used to it so it’s a big change. Over time though hopefully I’ll be able to settle down.

“I’ve been training this week with the team and obviously things are a lot different. There is a lot of players technically good here, but they mightn’t be the biggest like myself. You can see though that there is quality there and the way that the manager wants us to play as well suits the players that he has here.

“It’s crazy how I ended up here in Cambodia. Conor (Nestor) reached out to a friend of mine in Ireland, Paddy Carey, who is a top coach. I was in America and I started talking to Conor. I knew that he was interested and he brought me out here.”

“I think that the timing of everything for me worked. With the end of the season in America and the uncertainty with the Covid 19 situation so it’s a new challenge. Conor is a big factor to why I came out here with the help of Paddy. I have the information on how he likes to coach and work, which has impressed me.

“As I’ve said this is a massive change in my life so hopefully it’s something that in time that I can adapt too. I’ve had a lot of experience and I’m still pretty young. I’ve played around Europe and that experience alone allows me to bring that to the table here.

“I feel that I can help these players as well. I’m excited to play here and I look forward to playing in front of the fans here. I’m sure that it will be different and it’s something that I’m excited about. I can’t wait to get going and for the season to start.” We wish Paddy the very best with his new club in Cambodia.