Ireland can be among best in world for Covid-19 vaccinations, Minister says 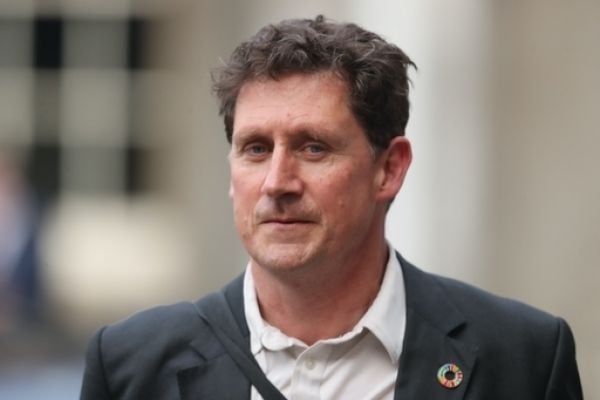 One of the leaders of the Government coalition believes the Republic can be among the best in the world in vaccinating its population against Covid-19.

Minister for the Environment Eamon Ryan said the country can accelerate its vaccine roll-out to see some of “the fastest and the most widespread deployment” in the world.

“I think we do need to aim absolutely to be the very top… I think we can do that,” he said.

It comes as this afternoon, HSE chief Paul Reid confirmed Ireland had now administered 77,303 vaccines as of Wednesday.

Of that figure, 69,378 were given to frontline healthcare workers, with another 7,925 administered to residents and staff in long-term care facilities.

That will allow us to ramp up the number of vaccines we’re doing every week from about 50,000 this week to well over 100,000 in February

Speaking in the Dáil on Thursday, Tánaiste Leo Varadkar said the country could ramp up the numbers vaccinated each week to 100,000 from February.

This rate of vaccination could be achieved if a vaccine from AstraZeneca and Oxford University is approved for use in Europe at the end of January, he said.

“We’re advised the European Medicines Agency (EMA) will meet on the 29th of January, and all things going to plan, will approve the vaccine,” Mr Varadkar said.

“That’s very significant because that will allow us to ramp up the number of vaccines we’re doing every week from about 50,000 this week to well over 100,000 in February once that vaccine becomes available.”

On Wednesday evening, it emerged that the Government now expects that at least four million people in the State will be vaccinated against Covid-19 by the end of September.

It is projected that 700,000 people will be vaccinated between now and the end of March, as 4,000 people have been trained to administer vaccines in anticipation of a further roll-out of the programme.

However, the State’s vaccine roll-out has come under criticism, with healthcare staff reporting cancelled vaccination clinics after doses failed to arrive for distribution.

The first doses of the Moderna shot arrived in the country on Tuesday, following its approval by the EMA and European Commission on January 6th.

The Moderna shot is the second vaccine to be approved for use in the EU, following the jab manufactured by Pfizer and BioNTech.