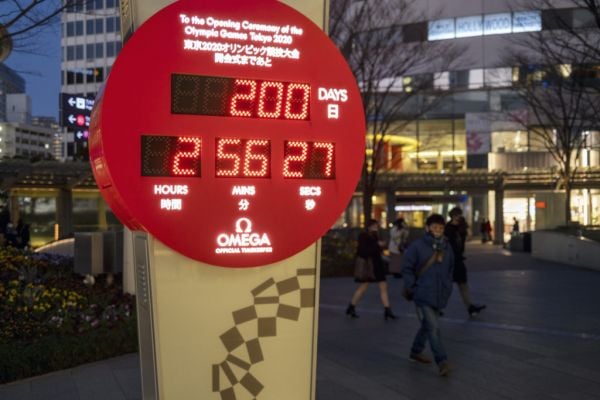 The possibility of postponing the Tokyo Olympics for a second time has never been discussed, according to a spokesman for the Games organising committee.

Coronavirus infection rates are soaring in Japan, placing a question mark on whether the rescheduled Olympic and Paralympic Games can take place as scheduled this summer.

The Games were first postponed in March last year at the beginning of the pandemic, and Masa Takaya said the prospect of doing so again had not even been mentioned.

“To be very clear, we have never discussed another postponement of the Games,” Takaya told Sky Sports.

“We have 100 per cent concentration and focus on the delivery of a safe and secure Games this summer.

“The Covid situation is of course still an ongoing issue for everyone in the world but we will deliver the Games this year, starting July 23.”

A state of emergency was declared in the greater Tokyo area last week while 80 per cent of respondents to a poll conducted by national news agency Kyodo News suggested the Games should be cancelled or delayed again.