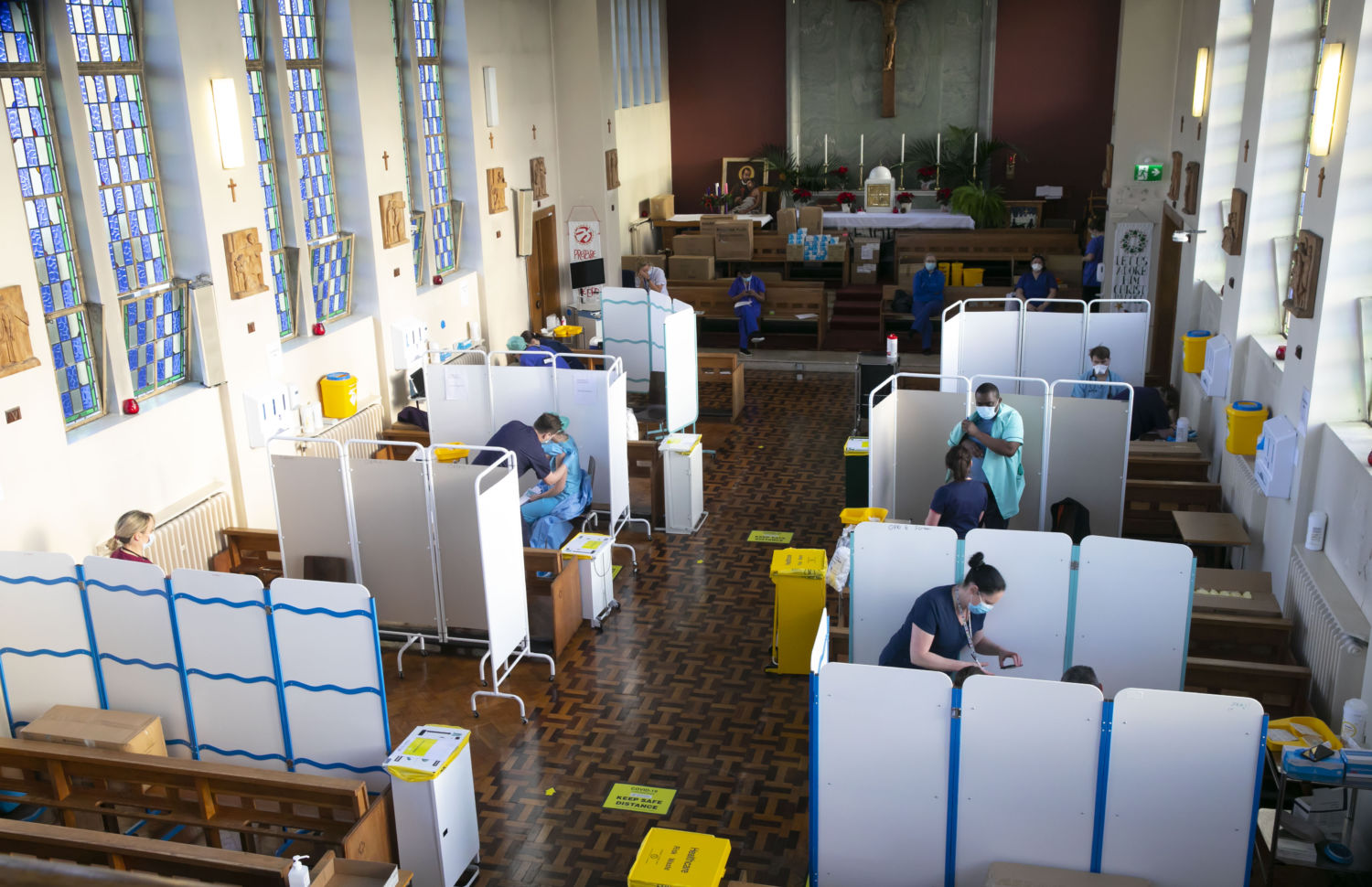 EDGAR Morgenroth is Professor of Economics in the Business School, Dublin City University. You might have heard him discussing the pandemic and the slow rates of vaccination in Ireland compared with that in other countries, on Newstalk with Pat Kenny. While countries like Israel are ploughing ahead with vaccination, they are outside the EU system. Denmark is comparable in size to Ireland and receives the vaccine under the same system as Ireland. It is vastly ahead of us in levels of vaccination. Why is this?

Prof Morgenroth was interviewed almost immediately after an item from Chief Medical Officer Dr Tony Holohan was played where that high profile doctor stressed the complexity and the difficulty of the enormous challenge of vaccinating the whole population, while assuring us that everything was going according to plan. The professor could not understand why systems were not set up to commence vaccination immediately upon receipt of the vaccine rather than the kind of leisurely, nine to five, no work at weekend attitude that characterised the first days. Other countries had systems established and ready to go. This country managed mass TB and polio vaccinations in the 1950s, yet we are, as so often during this crisis, late to the party again. When Prof Morgenroth asked about the HSE pre planning for the vaccination, the reply was that “we will set up a committee”!

Waterford well knows how difficult it has been to get anything done by national HSE officialdom and the Department of Health (DoH). During the time of pandemic, people may forget the constant problems attached to the HSE service delivery. The trolley crises, lack of ICU beds, lack of consultant access and the so called bed blocking and the general problems around the delivery in Ireland of a proper, accessible and fit for purpose health system.

No one denies that once in the system, the standard of care is generally excellent. But then again, why should that not be the case? Ireland spends as much if not more per capita on health provision than most other countries in the OECD, yet a huge percentage of the population buy private health care insurance to ensure timely access to services. The people who populate the upper echelons of the HSE and the DoH are by and large the same people who populate the NPHET committee and its associates.

Many of them are certainly dedicated medical professionals but it’s hard to escape the conclusion that those who normally deliver our health services are the same people who consider that preparation for a national emergency vaccination should consist of “setting up a committee” when the vaccine arrives.

This paper’s Darren Skelton broke a story last week of vaccination in Cork of hospitals with non Covid case load and non Covid ICU loads before critical staff members in UHW received the vaccination. This was too shocking to bear. Matt Shanahan and David Cullinane were quick on the case. Mr Shanahan was forthright in his public criticisms of the Cork led, Cork focussed, Cork centred, Cork first ethos behind this.

This situation is not new. It is entirely obvious that senior HSE management in Cork have always had political cover for their treatment of UHW and the under-resourcing of our hospital, which has characterised their hegemonic rule since the establishment of the hospital group system in 2014. No one in Waterford or indeed in UHW denies that CUH is a hugely important hospital and was rightly in the first group of hospitals whose staff were to be vaccinated. But UHW is about the eighth largest hospital in the country and delivers massive volumes of healthcare to a huge population. Any plan that placed CUH in the forefront of vaccination priorities should have ensured that UHW would be in a very close and quick second tier. Instead CUH staff were vaccinated on 1st January and the proposal was that UHW would be done in the week commencing the 11th January. It has been widely said by some UHW staff that the start date for their programme was January 18th. This “plan” was widely criticised with the result that UHW staff vaccination was brought forward and commenced on 5th January.

It should not take political representation in order to ensure that there are sensible priorities in place and that fairness and equity in distribution of scarce medicines are observed. Unfortunately, we know from our Cork SSWHG connection that all pigs are equal, but some pigs and especially Cork bacon, are more equal than others.

Meanwhile, the wait goes on for the completion of the mortuary at UHW and the promised commencement of the second cath lab there. The latter project will be the straw that breaks the camel’s back. The appalling behaviour of the US Republican party in slavishly following Donald Trump has deepened societal divisions. One could easily make the same assertion in respect of some of Waterford’s government Oireachtas members where a blind acquiescence to party decisions, regardless of impact on the local constituency population, almost borders on collaboration. FG has no TD in this constituency. FF may soon follow their current government coalition colleagues into that abyss.

At the time of writing on Thursday, January 7, there was a round up by Brian Dobson on RTE 1 lunchtime news of the Covid situation in almost every hospital big and small across the country. There was no mention of UHW or hospitals in Clonmel, Kilkenny or Wexford. The invisibility is startling. Is it symptomatic of a wider malaise where the South East simply does not exist in any coherent regional way for the Dublin media? It was ever thus and the fault can be laid at our own doorsteps.

To take it a little bit further, an end of year statement by IDA CEO Martin Shanahan in the national papers last week alluded to the probable difficulties the IDA will have in 2021 in attracting Foreign Direct Investment (FDI). The IDA had a good year in 2020, despite the obvious challenges, with 246 incoming projects. They deserve to be congratulated for their efforts. One hesitates to ask how many of these were in Waterford and the South East. With 10% of the population we might expect 24 of the FDI projects to land in this region but the dogs in the street will fall around the place in a fit of giggles at the mere thought that anything like that number could have come this way. Did any at all come to Waterford in 2020? I recall an announcement of 40 jobs at Belview by Trilateral Research, but little else. The IDA has announced the development of a welcome new €11m advance technology building at Butlerstown, but there is already one such facility lying empty there.

If government incentive cash like this is to be spent in Waterford why can it not be focussed on buying the old Glass Factory offices and site for WIT? This would help just as much with securing incoming FDI as anything else. Politics is at play and the TUSE agenda will curtail WIT until clarity emerges in April.

2020 was a very difficult year and the pandemic has given us an awful start to 2021. Hopefully this year can only get better. Maybe our local Oireachtas members, especially those in various political parties, will give less of their loyalty to the party and more to the city and constituency they represent. There is nothing wrong with party membership, but the overt control that operates from the Cork political establishment over vital areas of our future has to be changed. All politics is local. That’s something well worth remembering.