Second person sought to help with documents seized from FAI 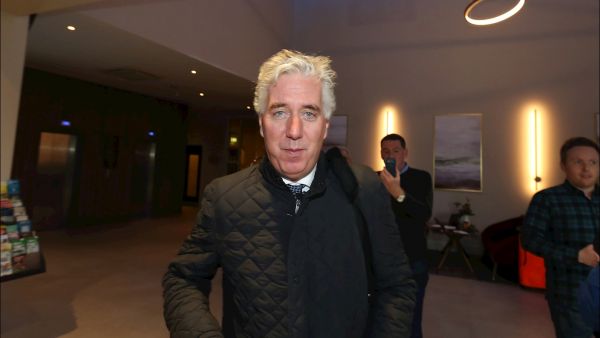 A High Court judge has recommended that a second person be appointed to aid in the examination of documents seized from the FAI, over which claims of legal privilege are made by former FAI CEO John Delaney and the FAI.

Some 280,000 files, were sized by the Office of the Director of Corporate Enforcement as part of its criminal investigation into certain matters at the FAI. Last November barrister Niall Nolan Bl was appointed as the independent person to examine and review the materials. Mr Nolan has been engaged to prepare a report for the court, which will aid Ms Justice Leonie Reynolds to ultimately determine which of the material is privileged and which is not.

At the High Court on Thursday, Ms Justice Reynolds said the ODCE should consider appointing a second qualified person to assist Mr Nolan.

The judge made the recommendation after Mr Nolan told the court that since taking up the role good progress has been made on the documentation. To date claims of legal professional privilege have been made in respect of approximately 1,000 documents by the FAI and over 3,500 documents by Mr Delaney.

However, in order to speed up matters he said consideration should be given to appointing an additional suitably qualified person to assist in the inspection.

Mr Nolan added that he was also seeking certain basic, general information from the parties about the material being examined, which he said would assist him in determining what material should be covered by legal professional privilege.

Kerida Naidoo SC for the ODCE, said the director would consider an application to appoint and additional person to assist Mr Nolan. However, the director was not prepared at this stage to disclose any details of what is a criminal investigation to any party, including to Mr Nolan.

The Judge, in adjourning the matter to a date later this month said she was not going to make any rulings on Mr Nolan’s requests.

The inspection arises out of documents, covering a period of 17 years, that were seized by the ODCE from the FAI’s offices in February 2020 as part of the director’s investigation into Irish soccer’s governing body.

Arising out of the seizure the High Court has been asked by the ODCE, in an application where the FAI is the respondent and Mr Delaney is a notice party, to determine if some of those files are covered by legal professional privilege.

Any document deemed to be covered by legal privilege cannot be used by the corporate watchdog as part of its probe.

Through his lawyers, the UK-based Mr Delaney has been allowed inspect the files, including thousands of emails, to see which ones are private to him or covered by professional legal privilege and cannot be used by the ODCE as part of if its investigation.

The matter first came before the courts shortly after the documents were seized last February and has been adjourned from time to time.

While timetables for the completion of the inspection were agreed, the matter has not concluded due to factors including the volume of documentation involved and the covid19 pandemic.

Ms Justice Reynolds has stated she hopes the inspection process can be completed in the coming weeks, and that the matter can be brought to a conclusion.