What did the Mother and Baby Homes Commission say about Waterford? 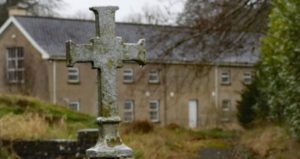 THE 3,000 page Mother and Baby Homes Commission report referred to Waterford more than 120 times, including reference to Waterford county homes and Waterford women who were in institutions outside the county.

Waterford did not have any institution which operated as a mother and baby home but there were other institutions, including Magdalene laundries, industrial schools and county homes in Waterford.

The report said conditions in the county homes were much worse than in any mother and baby home and in the mid-1920s most had “no sanitation, perhaps no running water; heating” and food was cooked “badly, often in a different building, so it was cold and even more unpalatable when it reached the women.”

Most county homes continued to lack adequate sanitary facilities, running water, hot water or heating other than open fires until the 1950s.

There was often poor hygiene and a lack of infection control in the homes. In the 1930s, the report mentions that a routine anti-diphtheria immunisation scheme in Waterford resulted in 24 children contracting tuberculosis.

There were a large number of private maternity homes in existence from 1934, the report said, some of which have been described as “private mother and baby homes”. While it is “difficult to know how many maternity homes existed” it listed seven as being based in Waterford county.

It also listed St Dominick’s Industrial School for Girls (run by the Good Shepherd Sisters) as an industrial school and St Martin’s Orphanage as a residential children’s home in Waterford.

In the 1930s, health authorities agreed to maintain Waterford women in homes outside the county, such as Bessborough in Cork city or Sean Ross in Roscrea.

Some children were adopted and in Waterford, the St John’s Adoption Society was paid £14,150 in State Grants between 1974-1980 for facilitating these adoptions.

By the mid 1960s inspections of maternity nursing homes were increasingly turning up, “cases of infants being kept in private maternity homes without their mothers.” Some of these children were born in the maternity homes, or placed in these homes by their mother or an adoption agency, pending adoption. In 1968 the county medical officer in Waterford decided that children awaiting adoption should be kept in the county home.

“An ‘illegitimate’ birth could destroy the marriage prospects, not just of the woman who had given birth, but for her siblings, hence the pressures to keep it a secret by sending her to a mother and baby home,” it found.

Ireland was also, it appeared, “the only country where large numbers of unmarried pregnant women left their native country”, the report said. Some of these women were repatriated.

Several women were repatriated at a very late stage in pregnancy and in circumstances that “presented a serious risk to health”. A Waterford woman, who had “left home on discovering that she was pregnant,” went to Cork and then to England. The report said she was “repatriated by the Crusade of Rescue – without any advance notice to the Irish authorities – and ended up in St Kevin’s hospital needing medical treatment.” The Waterford woman was later sent to Sean Ross.

Waterford is one of the few county homes for which inspection reports survive for the 1930s. In 1933, indoor lavatories and bath accommodation were “lacking throughout the institution,” the report said.

“Nine wards had no ceilings, dust continually fell down, as did water when the floors in upstairs wards were being washed” and the ‘inmates’ were segregated.

Supplies of running water were “frequently insufficient” and central heating was a “rarity”. The committee reported that the environment of a County Home was “most unsuitable for children.”

The situation in Waterford was “not atypical,” the report said, adding that many county homes were in a similar state.

In 1948 the nursery in the Waterford county home had no bathroom or indoor sanitary accommodation and the cooking facilities for 260 people were inadequate.

Diet sheets for the Waterford county home in 1951 showed that able-bodied women received 6 oz of bread, ¾ oz of butter and a pint of tea every day. Working “inmates” got some extra food.

An inspection of the Waterford county home in 1951 reported that “the milk food for the children were mixed in a not too clean mug and given from unboiled bottles.”

The report said it was “likely” there were “a further 25,000 unmarried mothers and a larger number of children in the county homes, which were not investigated (by the commission)”.

The report made a number of recommendations for future action, including that people born in Ireland’s Mother and Baby Homes should have a legal right to access their original birth certificate and to information about their birth parents, and that compensation should be paid to some women who were in the homes, along with children who spent time there.