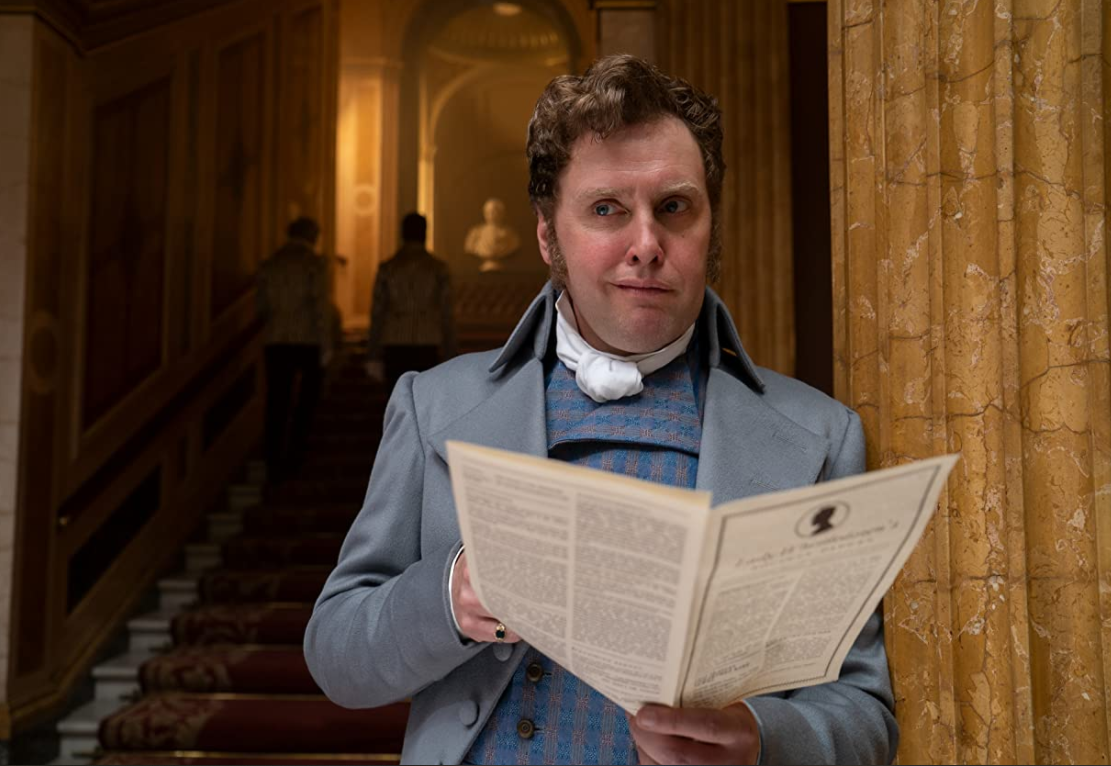 IT’S been a hell of a start to 2021 for Waterford actor Jamie Beamish and indeed the ensemble cast of ‘Bridgerton’, Netflix’s multi-million-pound regency drama, which has become the TV hit of the winter.

“I’m not necessarily au fait myself with too many historical romances or anything like that,” the Congress Place native told the Waterford News & Star.

“But the show certainly appears to have had a significant cross-over appeal, which is obviously fantastic, particularly for all of us who were involved in it. And to see it take off like it has really has been brilliant.”

In the opening two instalments of this eight-episode series, Jamie clearly has a ball as Nigel Berbrooke, described in a ‘Radio Times’ bio as “an unpleasant nasty suitor who is keen to find himself a wife. He has a high opinion of himself and is hard to put off.”

It’s a devilishly good performance by Jamie, who wisely veers away from depicting his character as a crude caricature played exclusively for laughs. And from an acting perspective, such a character gives Jamie so much more to play with than, say, the strait-laced drip.

“That’s the great fun of it,” he said. “In fairness to the director and the showrunner Chris Van Dusen, we didn’t want to make him a pantomime villain that could veer into parody. So they really encouraged me to go for it and to strike that balance of Nigel being grotesque but also, particularly during the first episode, a little bit sympathetic. He’s just trying to get the girl but then we see how far he goes to try and get the girl and that’s what really turned the audience against him.”

Offering some insight into how he inhabited Nigel, Jamie explained: “In the first take of the very first scene I had, I drank a glass of lemonade but the director (Golden Globe and BAFTA nominee Julie Anne Robinson) said to me before the second take: ‘now really slurp that, will you?’ Now that had actually been my first instinct but then I thought maybe that’s too much; it’s different on stage than how it is on film where things can come across quite big when you get stage actors on screen sometimes so you’re always kind of cautious. But the producers said the opposite, let’s have fun with this and let’s set him up for what he is so that’s where I went with him – and he’s actually the most villainous character in the whole series.

“Afterwards, the conflict is between other characters whereas Nigel is the show’s arch- antagonist and I don’t think anyone comes near him in that respect as the series progresses.”

The ‘Bridgerton’ series of eight novels written by Julia Quinn are very popular in Brazil as Jamie has recently discovered.“Oh yeah, they’re enormous over there,” he said. “I suddenly have hundreds and hundreds of South American social media followers, all of whom completely hate Nigel (a torch carried on Twitter through #everybodyhatesnigel) and the online hate, since it’s totally harmless, is oddly glorious!”

Praise for Jamie’s performance has come in thick and fast, and it’s clear he’s thrilled with how his role and the show has been received. 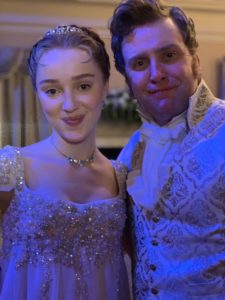 “It’s a short, sharp shock in terms of Nigel’s overall part of the story – you’re in and you’re out by the end of the second episode – albeit heavily featured in both of them. But they didn’t cut a line on me which, in terms of my career, is amazing. I’ve had whole parts in movies cut out over the years such as ‘Rogue One’ (as Inspector General Bozeden Jeems, for the record) and ‘Pan’ (Not-Dobkins) where it’s all ended up on the cutting room floor. I remember sitting watching the first episode (of ‘Bridgerton’) on a virtual cast and crew screening upstairs in my house in Congress Place – and I’m on a Zoom call with (show producer) Shonda Rhimes, watching the episode and my jaw was floor. Everything I did, everything that was shot in which I featured was up there. I couldn’t believe it! I remember when I read the script, I knew it was good stuff and was really well written and I’d a feeling, right from the off, that I was going to have fun with this. And the production team were really good; they trusted me a lot and that was a huge help too.”

With Netflix projecting that ‘Bridgerton’ will have reached 63 million households within the first month of its availability, and having already topped Netflix viewing figures in 76 countries, what’s it like to be in a show doing ‘Dallas’ and ‘Dynasty’ numbers?

“It’s unbelievable,” Jamie replied. “I’ve been in enough flops as well. I was in ‘Pudsey The Movie’, which was the worst reviewed movie of 2014 (!) to be involved in something like this is just bonkers. In terms of my career, I’ve never known anything like it. Now ‘Derry Girls’ of course was a huge, huge hit, a success that we never expected it to be and it’s been lovely to have been part of that. But what’s really satisfying for me, personally, and I’m still pinching myself about it, is that Nigel is a character who makes a real impression because he’s critical to the main story line over the first two episodes and that’s the great luck of getting a part like that. They don’t come along often, I’ll be honest with you. I still can’t believe it!”

‘Bridgerton’ is available to stream on Netflix