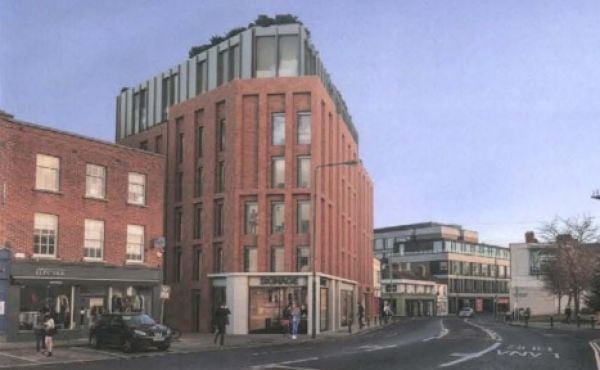 Dublin City Council has given the go-ahead to plans to demolish the well-known Kiely’s pub in Donnybrook, Dublin 4 to make way for a shared co-living accommodation scheme.

The planning authority has given the scaled down plan by Shane Whelan’s Westridge the green light despite around 115 objections being lodged against the proposal.

The pub has long been associated with author Paul Howard’s fictional character, Ross O’Carroll Kelly and the scheme followed Westridge acquiring the property for €5 million plus in 2019.

The original scheme reached to seven storeys and was made up of 100 shared living units.

However, revised plans lodged in response to Council concerns over the scale of the project included the omission of one storey which reduced the number of shared living units from 100 to 91.

The Council has also ordered that all rooms have a minimum width of 3 metres which will lead to the omission of more shared living units from the proposal.

The planner in the case stated that the Council has included this condition after the developer “failed to increase the width of the rooms to a level which is considered to provide for a reasonable quality of residential amenity”.

The Council stated that the developer’s proposed size of the shared living units was “restricted”.

The planner’s report stated that the 3m width condition “will, in all likelihood, involve a reduction in the number of rooms within the scheme, which will reduce the number of residents sharing communal facilities”.

In their planning report, the developers stated that it is anticipated that the impacts of the current pandemic will be over in the short to medium term.

They stated the proposed development could be operational in 2-3 years, and then it is envisaged that there will be a renewed demand for shared accommodation within this timescale.

In her objection, Lord Mayor Chu claimed that the plan to construct the scheme “is unduly hasty and poses serious health concerns” in the context of a dangerous pandemic.

Lord Mayor Chu argued that in the midst of a homelessness and housing crisis, “co-living is a dangerously complacent attempt to address the crisis in the capital’s rental market.”

Commenting on the decision today, Senator Bacik stated: “It is disappointing to see Dublin City Council grant permission for yet another co-living development, despite the Minister for Housing’s announcement before Christmas that he would restrict the development of such so-called ‘shared living schemes’.”

Senator Bacik stated: ”Recently, UCD’s Orla Hegarty estimated that between developments that have already been approved and those currently seeking permission, there may be three thousand co-living units in Dublin City by the time the ban is actually implemented.

She added: “I will give further consideration to the conditions set out by Dublin City Council in the coming days but, in principle, I do not see co-living as a suitable solution to the housing crisis, whether there is a pandemic or not.”