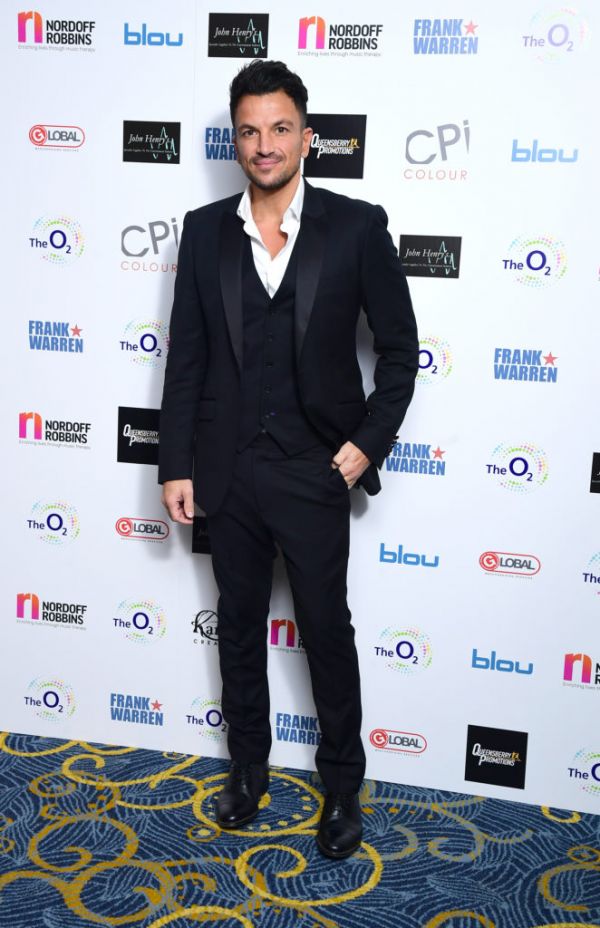 Peter Andre has said he is still suffering the effects of Covid-19 and warned others not to ignore their symptoms.

The TV star, who revealed he tested positive for the virus on January 8th, said he still has no sense of smell and gets out of breath easily.

He told ITV’s Good Morning Britain: “It’s quite unbelievable because everyone has different symptoms.

“I think one of the key things I wanted to say was don’t ignore your symptoms because they are not all going to be the same, to the point where when I had symptoms I was absolutely convinced that I didn’t have the virus.”

He continued: “I didn’t have a temperature, I had body aches, I had a cough but it wasn’t as persistent as what I had been told but it was persistent enough that I went and got a test.

“The key thing about that was, once I went and got the test, we self-isolated for 10 days so we knew once we got that positive result, that in that 10 days we could not infect anyone else.

One thing I will say with this virus 🦠
It just makes you want to sleep, sleep , sleep.
Click the link for the full video on my experience with it… https://t.co/E9EeTzP5U6 pic.twitter.com/VryPHa6axL

“There was a couple of days, it was very unpleasant but people have had it far worse than me.

“One of my cousins is still on oxygen now and he was sick before me. It just goes to show that everyone has got different symptoms. You can’t ignore it.”

Andre (47) said the virus has also taken a psychological toll, adding: “I still have no sense of smell and I went on a small bike ride yesterday and I was completely puffed out.

“I said to Emily [his wife, who is a doctor], ‘That never happens to me’. It’s a psychological thing, ‘Is it going to get worse at one point?’

“I am 47, I exercise, I feel quite good and yet I have a doctor in the house and had nights where I would wake up and feel like I was finding it hard to breathe.

‘One of my cousins is on oxygen and he was sick before me. You can’t ignore this.’@MrPeterAndre and his wife Dr Emily MacDonagh speak for the first time about how Covid has ripped through their family

Explaining how the virus has affected his cousin, he said: “When I got told that he was sick – both my cousin and his son were both in hospital and on oxygen, and his son is younger than me – all of a sudden I realised psychologically what this is doing to a lot of people.

“We are so scared about what is going to happen… when I heard that they were in a bad way… it really brought it home how serious this is.

“I had somebody yesterday send me a message saying, ‘I can’t believe you are being a puppet for the media trying to tell people that this virus is real.

“‘You disgust me, we never saw your thing from the NHS saying that you were positive.’”

Asked what it will take to persuade some sceptics just how serious this is, Emily replied: “I think sometimes you can’t persuade some people.

“If they are so fixed in believing that this is a big conspiracy, how many horror stories do we need to hear?

“How many frontline workers do we need to hear from? I think sometimes you can’t convince everyone but all we can do as individuals is keep sticking to the rules and if you are eligible, get the vaccine.

“The only way out of this at the moment is the vaccine, so I would just say to anyone who is eligible, please consider getting it. It is so important.”