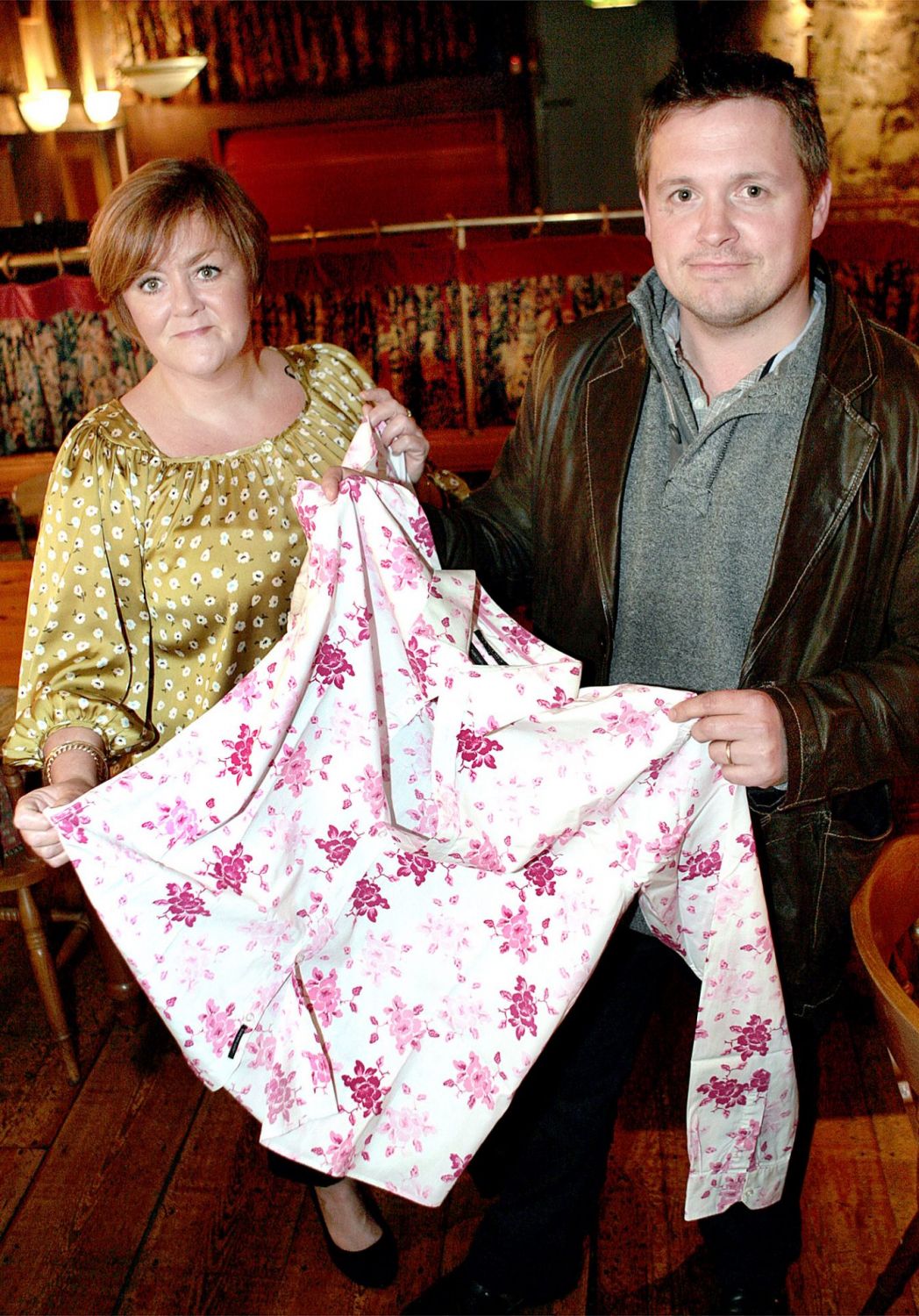 Pictured at the Mansion House back in 2012 for the launch of Waterford Gives a Shirt were the organisers Liz Murphy and Cian Foley. Photo: Joe Evans

The case for a university in Waterford is eons old. Waterford was a large rich trading city in the 1840’s and was the natural location for a NUI university, along with Cork and Dublin. Hansard, the official transcript of the UK parliament, indicates the university was moved to Galway as Waterford’s leading political families were associated with Napoleon. The closing of our De La Salle teacher training college boiled the issue up again throughout the 1930s and 40s, agitation that went nowhere. Redmondite Waterford was again on history’s losing side. It didn’t matter; universities were for a handful of weirdos anyway until the 1960s. Less than two percent of Irish people went to university, a few women and lots of priests.

In the 1980s the game changed in earnest. Universities became rainmakers for their economies. American multinationals, wanting the bit of parchment, chose places with universities. The IDA pulled out of Waterford leaving the city and region fighting for its economic life. As our traditional employers struggled in the new Ireland, exposed to international competition since the 1960s, failed one-by-one, massive employers withered and died. They became extinct. Some lasted a bit longer here, a testament to the resolve of management and workers, and the absence of an alternative.

‘The university brought in Apple, EMC and the pharma companies in Ringaskiddy. The poverty of Cork lifted slowly as the university muscled up’

UCC was actually built in 1982. The long shadow of a former president of UCC, wacky book-burning priest Alfie O’Rahilly (who virulently opposed De La Salle being NUI Waterford), kept it in the dark ages. Until 1980, UCC was the size of a secondary school. Large lecture halls were built, enrolments rose and rose, it was the size of WIT by the end of the ‘80s, and has more than doubled since then. It is still a regional, provincial university, driving the thumping Cork economy. Cork’s economy tanked with the loss of Sunbeam (a clothing manufacturer employing 4,000 people), Ford and Dunlop in the mid-1980s. The university brought in Apple, EMC and the pharma companies in Ringaskiddy. The poverty of Cork lifted slowly as the university muscled up, the graduates of the 1980s hit their stride in their 30s and Cork experienced a renaissance. Its political class is still haunted by the 1980s.

Limerick’s university was created in 1989. Limerick traditionally lost its middle-classes to Cork, Galway and Dublin. As UL chipped away at the leavers, stemming the brain drain, graduates stayed. When the production costs of Dell in Limerick became uncompetitive that was actually a sign of the region’s strength. There was a sharp intake of breath when Dell pulled out in 2009, in the teeth of the recession, but within two years the mid-west economy was thumping again.

In 2005, WIT applied for university status, egged on by regional needs. Simply put the SE needed a UL. It needs 16,000 students doing everything from archaeology to zoology on one campus, a beacon to gather up CAO students from the region. The request was rejected.

For five years WIT was ignored. Enda Kenny promised to finally create the university in 2011. In power Fine Gael’s promise turned to dust. WIT leadership was investigated over everything in a McCarthyite witch hunt designed to ruin it. Since 2008, €996m of taxpayers’ money was spent on university buildings, €10m was spent in WIT on the Carriganore Arena and even that was subject to investigation.

Tom Boland, former HEA head, a star witness in the trial over the ending of a WIT President’s career, and no friend of Waterford, is now in charge of the TUSE process. He did a consulting gig for Kilkenny County Council exploring moving part of WIT to Kilkenny.

The April sign off on TUSE application commencement looms. WIT leadership will be finally pushed out of power. Have they been side-lined already? Carlow will be an equal partner despite being half the size of WIT, and mainly focused on delivering part-time education to the Dublin suburbs. Minister Harris, who had a starring role undermining cardiac services in this region, is cheering this Carlow-led TUSE on.

Carlow have not sought fresh money, to put us on an equal footing with the other regions. Happy on the hind teat! Carlow were happy as an RTC, happy as an Institute of Technology because there are five universities within one hour commute of their campus. They do not feel deprived of a university. Carlow is not looking for new degrees in medicine or teaching. They are happy to get the name over the door.

WIT has had the name change before and seen through the political lies. WIT want the Crystal site built out, or Carriganore developed if Crystal is too messy, or even just having the six buildings, planned for the existing campus since 1990, built. WIT and Waterford are angry at how we have been treated since the university application and justifiably so.

Our Government TDs are presently AWOL on the issue. Deputy Marc Ó Cathasaigh and Minister Mary Butler both allowed Boland’s appointment and WIT leadership to be sidelined. Both have overseen the mounting pressure to locate the TU anywhere but Waterford and for Carlow to be given strategic control of the new university.

John Cummins is back in the Fine Gael fold with “the only game in town” message. I fear yet another generation of party first and Waterford nowhere politicians will accept the Dublin/Cork diktat that Waterford be pushed aside and its development potential ruined on the altar of political expediency, forgetting that people can read nowadays. The days of political messages being interpreted through the lens of local politicians and delivered to a compliant, ignorant populace is gone.

The proposed TUSE and the sidelining of Waterford in favour of a HQ anywhere but here will be a decision by the FF/FG (and Green) parties to solve political difficulties and loss of seats in the South East with an educational structure unfit for the needs of the region and which will handicap its development.

The TUSE isn’t the result of a deep analysis of the social, economic and educational needs of Waterford and the South East, but rather a handy, catch all, political fix by the Department, the HEA and the heads of Irish universities. Without serious investment and a HQ in Waterford, the long term uncertainty over the region’s centre will again be deliberately perpetuated. Will government parties abuse a “solution” to an educational and economic deficit for their own political ends, mirroring exactly the shocking gerrymandering by Northern Ireland’s unionists, who established the New University of Ireland in Protestant Coleraine instead of Catholic Derry some 50 years ago?

I spoke to the late Cllr Pat Hayes some months before he died about the university. He said “the decline of Waterford city happened on our watch”. Anyone who aids and abets a decision which establishes a TUSE without its HQ in Waterford, faces being forever labelled as a pariah and shameful, regime collaborators. They will dishonour Pat Hayes’ memory and others who have died but fought for a University of Waterford over the years. Keep your marching boots nearby. Once we can, we will be marching in this city again.