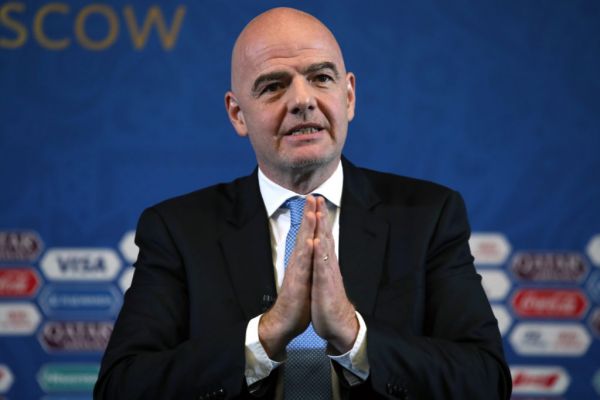 The European Commission has backed the strong opposition of football’s governing bodies to a breakaway European Super League.

A joint statement from FIFA and the six continental confederations on Thursday threatened that players involved in any such league would be barred from future World Cups and other international competitions.

EC vice-president Margaritis Schinas said on politico.eu: “There is no scope for the few to distort the universal and diverse nature of European football. The European way of life is not compatible with European football being reserved for the rich and the powerful.”

FIFA and the six confederations have released a statement in light of recent media speculation about the creation of a closed European ‘Super League’.

Reports of such a tournament involving Europe’s top clubs resurfaced last year, and it was said that American finance giant JP Morgan was planning to bankroll it.

Documents seen by The Times in Britain claim clubs would be offered up to €350 million euros each to join the competition.

The statement from FIFA and the continental bodies read: “In light of recent media speculation about the creation of a closed European ‘Super League’ by some European clubs, FIFA and the six confederations once again would like to reiterate and strongly emphasise that such a competition would not be recognised by either FIFA or the respective confederation.

“Any club or player involved in such a competition would as a consequence not be allowed to participate in any competition organised by FIFA or their respective confederation.”

The statement added: “The universal principles of sporting merit, solidarity, promotion and relegation, and subsidiarity are the foundation of the football pyramid that ensures football’s global success and are, as such, enshrined in the FIFA and confederation statutes.

“Football has a long and successful history thanks to these principles. Participation in global and continental competitions should always be won on the pitch.”

FIFA has given its backing to an expanded Club World Cup format. The first such tournament was due to take place in China this summer but has been indefinitely postponed as a consequence of the coronavirus pandemic, to enable the delayed Euro 2020 and Copa America to take place.

Speaking about the proposed Super League in the Swiss media last October, Infantino said: “For me, I’m not interested in Bayern versus Liverpool, but Bayern versus Boca Juniors from Buenos Aires.”

The president of the European Leagues umbrella body, Lars-Christer Olsson, said its board had “discussed the initiative of some European football clubs to create a closed European Super League for a limited number of clubs similar to those franchise models operating in north America”.

He added: “We are determined to protect the existing model and how football is organised in Europe and the way the industry works for professional football.

“All football associations and professional leagues in Europe are recognising and following FIFA and confederation statutes, and this will guide us in our actions to stop this initiative.

“If the initiative is put in motion, we will coordinate our measures with UEFA, FIFA and the confederations.”