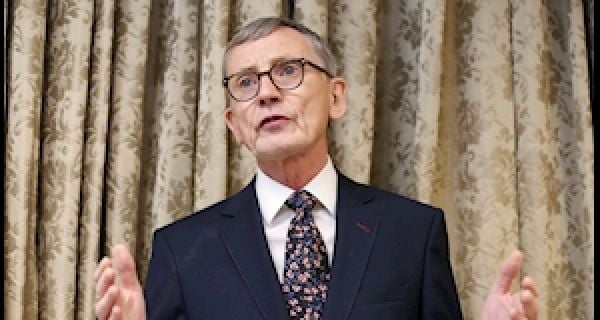 Increased mortality linked to Covid-19 is unsurprising amid the circulation of new variants of the virus, Professor Gabriel Scally has said.

On Friday, British prime minister Boris Johnson said there was evidence that a new variant discovered late last year in the south of England could be associated with higher mortality.

This UK variant now accounts for 60 per cent of recent cases in the Republic, according to chief medical officer Dr Tony Holohan.

Prof Scally, a leading health expert, said the circulation of variants will inevitably affect both mortality and vaccine efficacy in Ireland.

“Some of us knew this was coming because it’s been apparent for a little while now that younger people were getting affected much more seriously that previously, and the fact that there’s an increased mortality from these variants is not surprising,” he said.

“One of these variants will pop up, and it might be the Brazil one, we don’t know, and it will nullify, if not completely at least partially nullify, the benefits of vaccination, and that would be disastrous.”

A tenth of all Covid-19 deaths in Ireland since the onset of the pandemic occurred in the week ending January 15th, new data from the Central Statistics Office shows.

The World Health Organisation (WHO) has said that new and more transmissible variants of the virus contributed to the recent surge of cases seen on the island.

“We are now dealing with a number of new forms of the virus from around the world that seem to be able to spread more quickly, and I suspect that the British Isles and Ireland have both been affected by the more easily transmissible variants,” WHO’s Special Envoy on Covid-19, David Nabarro, said.

The UK’s chief scientific adviser Patrick Vallance said the UK variant which emerged in Kent transmits between 30 per cent and 70 per cent more easily than the original virus.

He told a Downing Street press conference on Friday that among people who have tested positive for Covid-19, there is “evidence that there is an increased risk” of death for those who have the new variant compared with the old virus.

“That’s the sort of change for that sort of age group.”

It comes as the UK health secretary has privately warned that there is evidence that a variant from South Africa could reduce the effectiveness of Covid-19 vaccines by half.

Matt Hancock’s comments came from what is reportedly a recording of an online webinar with travel agents this week, obtained by MailOnline.

He said: “There is evidence in the public domain, although we are not sure of this data so I wouldn’t say this in public, but that the South African variant reduces by about 50 per cent the vaccine efficacy.”