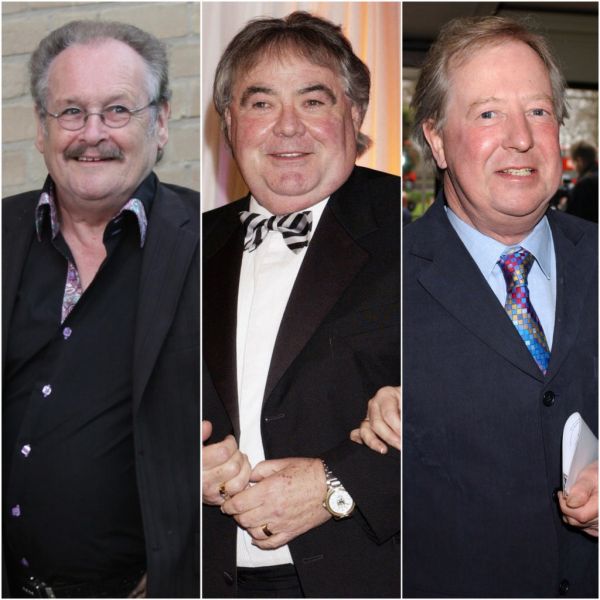 The coronavirus has been rampant around the world for more than a year and has taken a grim human toll.

World leaders and celebrities have been among those contracting Covid-19.

Here are some of the well-known names who have died after being diagnosed with the virus:

The Stranglers’s keyboard player died on May 3rd and had contracted coronavirus following a prolonged stay in hospital with heart problems.

A longstanding member of the influential punk outfit, Greenfield was known for his distinctive sound and playing style, using instruments such as the harpsichord and Hammond electric organ.

The Goodies star died on April 12th at the age of 79 after contracting Covid-19.

He was best known as part of the 1970s comic trio alongside Graeme Garden and Bill Oddie.

His works include the plays Love! Valour! Compassion! and Master Class, as well as the books for the musicals Ragtime and Kiss Of The Spider Woman.

He died due to complications from coronavirus on March 24th in a hospital in Sarasota, Florida, at the age of 81, his publicist said.

Magician Horn, best known as part of the Las Vegas performing duo of Siegfried & Roy, died at the age of 75 in May.

The entertainer tested positive for coronavirus a month before he died and a representative said his cause of death was “complications of Covid-19”.

The US musician was best known for being part of the band Fountains Of Wayne.

Schlesinger, 52, was diagnosed with Covid-19 and died in a New York hospital on April 1st.

Tom Hanks and Mark Ronson were among those who paid tribute.

The singer-songwriter, one of the most influential figures in US folk and country music, was taken to hospital on March 26th and died on April 7th.

A representative said the cause of his death was complications from Covid-19.

Prine, who earned comparisons to Bob Dylan, was 73.

The Star Wars actor died on March 31st at the age of 76 after being diagnosed with coronavirus, according to his agent.

Jack was also a dialect coach.

The Bronx-born rapper, 35, died on April 23rd after being diagnosed with coronavirus.

Fred the Godson, whose real name was Fredrick Thomas, had been updating fans about his fight with the illness and shared a selfie from his hospital bed.

He had worked with artists including Jadakiss, Fat Joe and Pusha T.

The comedian, who delighted audiences for decades as part of his Little And Large partnership with Syd Little, died on April 2nd at the age of 78.

He died after contracting coronavirus while being treated in hospital for heart failure.

Blum, star of films including Desperately Seeking Susan and Crocodile Dundee, died from coronavirus complications on March 25th. He was 69.

Madonna, who starred alongside Blum in Desperately Seeking Susan, was among those paying tribute.

The Grammy-winning country music singer died on March 29th at the age of 61 after testing positive for the virus.

He had a string of hits in the 1990s with ballads and honky-tonk singles like Home and Pickup Man.

The Broadway veteran spent more than 90 days in hospital after testing positive for Covid-19.

The jazz pioneer died at the age of 85 after being diagnosed with coronavirus, his son said.

Marsalis Jr – described as a “legend” of the New Orleans jazz scene – was the patriarch of a well-known musical family. He died on April 1st.

The actress and writer once starred alongside Audrey Hepburn and later wrote biographies of stars including Marlon Brando and Montgomery Clift.

She died on April 2nd at the age of 86. Her stepdaughter said pneumonia brought on by coronavirus was the cause of her death.

One half of comedy duo Cannon & Ball, he died at the age of 76 after testing positive for Covid-19.

He was best known for the long-running smash hit The Cannon And Ball Show but recently won new fans with the BBC sitcom Not Going Out.

Franco-Japanese fashion designer Takada died aged 81 in a hospital near Paris after testing positive for Covid-19 in October.

He was famous for his jungle-infused designs that channelled his home continent of Asia.

Pride, a trailblazing country music star, died in December at the age of 86. The cause of death was given as complications from coronavirus.

Pride, from Sledge in Mississippi, was one the genre’s first black stars and the first black member of the Country Music Hall Of Fame.

The actress was best known for appearing in 1960s castaway sitcom Gilligan’s Island.

She died in December at the age of 82 after testing positive for Covid-19.