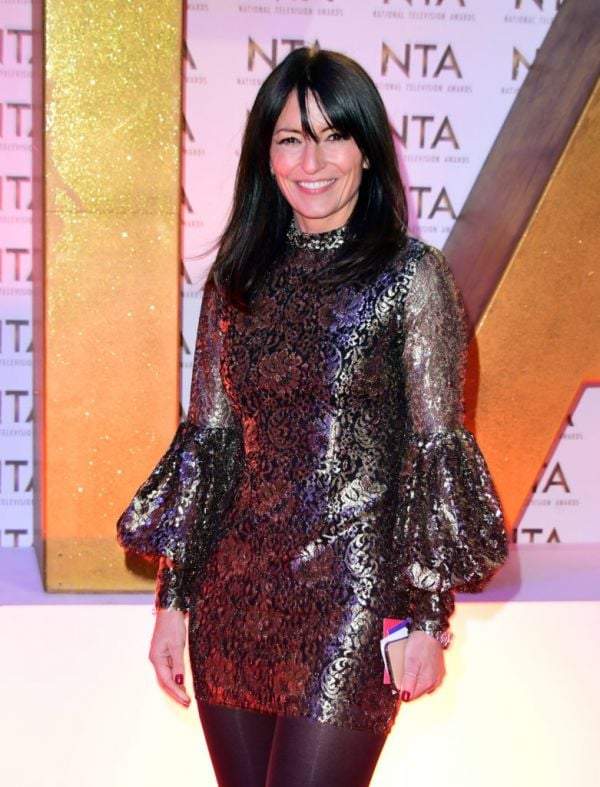 Davina McCall thought she was developing early onset Alzheimer’s when she started going through the menopause.

The TV star, who began the perimenopause nine years ago aged 44, said she had always been paranoid about Alzheimer’s because her father, Andrew, suffers from it.

McCall decided to visit a doctor after her symptoms, which included memory loss, started to affect her busy presenting schedule and was told she was suffering from “cognitive overload”.

The mother-of-three is now having hormone replacement therapy (HRT) to alleviate some of the symptoms.

Speaking on Gabby Logan’s podcast The Mid.Point, she said: “I’m on HRT so I have absolutely no excuse to be going doolally but I’m still going doolally on the HRT.

“My joints feel, my bones feel lubricated and strong, but my memory, and like you Gabby, I work, I’ve got kids, I have a partner.

“Life is very busy and chaotic and you have to know a lot of stuff in your business about sort of everything. And I do lots of different jobs. So I have a hundred different hats on.

“I could be going from Long Lost Family one day, to The Masked Singer the next, to a Garnier job, to something else.

“And I’m learning different things for everything in my brain sometimes, because when I went to my doctor and I said, ‘Look, please help me, I think I’ve got Alzheimer’s because obviously my dad’s got Alzheimer’s’.

“She said, ‘It’s called cognitive overload’. And at our stage in life often our kids are all older. We thought it was going to get easier. It does not.”

McCall famously turned down a job offer to replace Chris Tarrant on the Capital Radio breakfast show so she could work a three-day week and spend time with her then newborn daughter Holly.

She told Logan she had lost the desire to work following the birth of her first child.

She said: “I got offered the Capital Breakfast radio show when I was doing Big Brother when Chris Tarrant left. I’d done a week’s cover and I’d enjoyed it so much.

“I had had the greatest week, I had an amazing producer. She was fantastic. I loved it. It was my dream job.

“I cried when I turned it down. But I just thought with Big Brother, three days a week, and going into London, I live in the country.

“And I talk about that a lot too, to anybody that will listen because no bloke doesn’t have the same kind of thing where he feels like he can’t say yes to a job.

“He would just say yes to a job and let’s find a way of making it work. Whereas I would be like, ‘I don’t know if I can physically be away from my kids for that amount of time’.”

The Mid.Point Podcast with Gabby Logan is available on all major podcast platforms or https://podfollow.com/midpoint/view.

Jane Fonda accuses Hollywood of being ‘afraid’ of its diversity problem