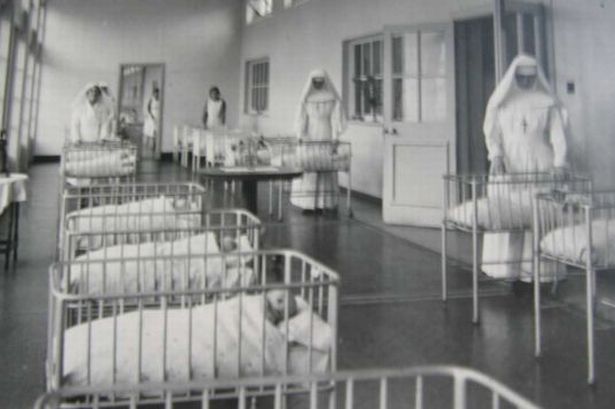 THE Report of the Commission of Investigation on Mother and Baby Homes published on January 12th has shocked the nation. The story of the young women in these homes, so carefully scrutinised, and set out and narrated in such graphic detail, infuses the awful reality into our consciousness and psyche so that it can no longer be denied or covered up. It is like the play ‘Drama at Innish’ in which the veneer of respectability and civility and moral superiority in a rural village is shattered when a mirror is held up to the villagers. The protagonist compares it to a stone being rolled back. We can imagine what is under the stone, but it is only when it is rolled back that we can really gaze on the rotting and decaying life underneath. The Report has rolled back a stone and exposes a cruel and callous underbelly of Irish life.

It is the product of five years of research by a Commission which was chaired by Judge Yvonne Murphy and included Professor May Daly and Dr William Duncan as distinguished members. Historians with Ph.D. level qualifications and archivists were recruited to assist the Commission with its research. Its findings deserve to be given serious consideration by all sectors of our society. My particular focus here is on its implications for the Church.

As an institution the Church must bow its head in shame. Following the publication of the Report, Archbishop Eamon Martin, Primate of the Church in Ireland, has unreservedly apologised to the survivors of the Mother and Baby Homes following the report. Bishop Cullinan has said he was ashamed and upset on reading the findings of the report and issued a ‘heartfelt sorry’. Profound apologies have been issued on behalf of the religious orders involved in the running of these homes.

‘So how to explain the abject betrayal by the Church of its mission of proclaiming the Good News of liberation and compassion. I don’t have all the answers, but I believe that it was seduced by power.’

Archbishop Martin calls on church leadership to identify, accept and respond to the broader issues which the report raised about our past, present, and future. These issues are clearly identified in the report. The women who became pregnant outside of marriage were stigmatised, ostracised, and rejected. There was no compassion or empathy from families or the church. Survivors suffered dreadfully from the misogyny and the cruelty that flows from that. The fear of sexuality, the brutal repression of a fundamental God-given instinct or call to love, the obsession with its control as highlighted in the report, pose serious challenges to a Church founded on the good news of Word made flesh, God taking human form, Incarnation.

Indeed, it is almost incomprehensible that the Church should so flagrantly betray its fundamental mission to proclaim the message of healing and compassion and bring this message to life through its actions on behalf of the most vulnerable.

Women and girls were ‘admitted’ to Mother and Baby Homes because they were banished from their homes and community and sought refuge. These women and young girls were frequently subjected to emotional abuse, in an atmosphere that was “not just punitive but recriminatory.” It was an atmosphere of “fear and terror, hardship and humiliation.”

Yet on every second page of the Gospels, the foundational text of the Christian faith revered as the Word of God, we read about Jesus who reached out to the ‘fallen’. When they were about to stone the woman caught in adultery, Jesus said “let him who is without sin cast the first stone.” “Come to me”, he said, “all who are overburdened, and you will find rest for your souls.” He told the story of the shepherd who left the ninety-nine sheep to search for the one who had strayed. For table fellowship, he invited the prostitutes and lepers, the outcasts of society.

The Report highlights the culture of misogyny which permeated church and society throughout the period in question. Misogyny is the inevitable outflow from a dominant patriarchal mindset. “Ireland was a cold harsh environment for many… It was especially cold and harsh for women. All women suffered serious discrimination. Women who gave birth outside marriage were subject to particularly harsh treatment,” whereas the fathers got off scot free, with no accountability.

Contrast that with the attitude of Jesus in the Gospels, who broke through all taboos of his day in relation to women. This is evidenced in his inclusion of women among his disciples, his friendship with Mary Magdalene, his positive use of women in his parables.

The puritanical, jansenistic (extremely negative) attitude to human sexuality in this era is identified as one of the primary reasons for the awful suffering inflicted on the young mothers in the Homes. We read about a 17-year-old who told her story of being ‘degraded’ from the moment she went in, being called ‘a dirty woman’, ‘a fallen woman’ and ‘a scarlet woman’ – while having to bear constant verbal abuse about sin and shame. Another girl was told “God does not want you… You’re dirt” … The women were repeatedly told they were there to atone for their sins. Because of the shame and fear of public humiliation, the women felt bound to secrecy and silence and consequently were deprived of the support they needed. It is inevitable that a Church so endemically patriarchal would never listen to the experience of women and rules would reflect the perspective of celibate patriarchs.

Again, we have a betrayal of a fundamental core doctrine of the Christian faith, which incidentally is proclaimed not once but twice in Gospel readings over the Christmas season: We read in the Gospel of St John that ‘The Word Became Flesh.’ The word flesh is highly significant. It means that every aspect of our humanity, including our sexuality, was assumed by the Lord and should now be experienced as holy, sacred, and beautiful. Unfortunately, the Church has never successfully resisted the tendency to see body and spirit as oppositional. There was always an inherent dualism in its teaching on sexuality.

So how to explain the abject betrayal by the Church of its mission of proclaiming the Good News of liberation and compassion. I don’t have all the answers, but I believe that it was seduced by power. There was a nuanced account of Church/State relations in the report. It reads: “the Catholic Church did not independently determine Irish attitudes on sexual matters; it was influential because the attitudes (towards premarital sex etc.) that churchmen expressed reinforced a set of values that met the needs of Ireland’s conservative, agrarian society… The Church’s position (in society) was influential in part because illegitimacy endangered the realization of social and material ambitions” (e.g. inheriting the family farm or business etc).

However, the state was dependent on the Church for the provision of health care and education and many of the social services. State and Church were ‘hand in glove’. In a position of privilege and power and control, the Church lost its prophetic voice. It failed to challenge fundamental economic and political structures that created such hardship and poverty for so many. One could say it had a vested interest in upholding the status quo. Being in such a powerful position it is difficult to speak truth to power.

The work of identifying and responding to ‘the broader issues’ raised by the report must be a priority. It is imperative that a generous and just donation be contributed by the Church to the redress scheme. Above all, as Church, it must follow its Lord as a humble servant, reaching out to the broken to offer healing and renewal.