I’ve been around the world of sport for a long time and as a result, little surprises me at this stage. That said, I must say that I’ve been intrigued by the recent hook up between Waterford’s own Dylan Moran and UFC legend Conor McGregor.

I’ve been following Dylan Moran’s career since his amateur days and indeed since his all conquering Kickboxing days and to say it’s been an interesting journey would be a gross understatement. He only turned 26 recently but already he’s had one hell of a journey. I’ve interviewed him a few times and he’s a great guy to sit down with (when you could do such a thing). He’s always interesting and always burning with ambition to better himself and above all a gentleman and always so appreciative of any coverage we give him. With the amount of setbacks that he’s had in his career there is no doubt that most people would have long since given up, walked away and gone back to the safety of ‘normal life’ (whatever that is). But not Dylan. He keeps bouncing back and that’s a great trial of anyone.

Anyway I was as surprised as anyone when I randomly stumbled across a picture of Dylan and Conor McGregor sparring on his social media towards the back end of 2020. Fair enough I thought, I hope he’s getting well paid for it. But the story has kind of taken off from there.

For those of you who haven’t been following this story, I’ll do my best to bring you up to speed but from the outset I’m no expert on Conor McGregor or the UFC. I know a lot of people, friends of mine included, are really into it. I’ve never stayed up till 6am to watch a McGregor fight from Vegas but I have watched some of his fights on repeat and other UFC fights and it’s not for me. I’m not sure what it is but it just doesn’t float my boat.

As for Conor McGregor, well he’s what you’d call a marmite figure for sure. Some people worship the ground he walks on and others can’t stand him. I’m a bit in the middle. I appreciate the incredible work he has put in to get where he has got both physically and his brilliant self promotion but sometimes I think he has let himself down and gone too far. 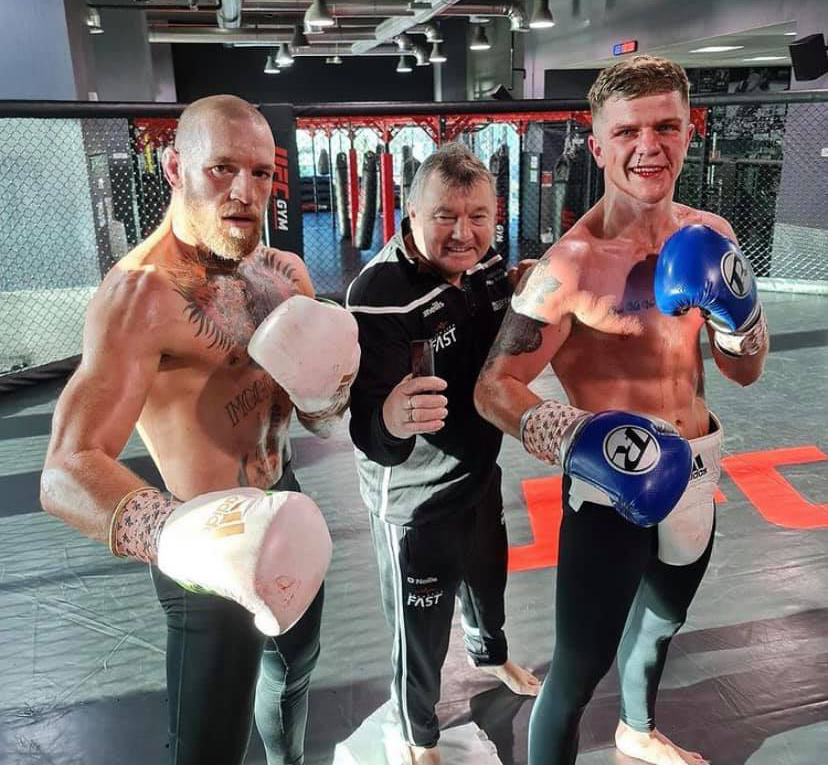 Anyway, Dylan was asked by the McGregor to go sparring with him in Portugal and now in Dubai to help the Dubliner prepares for his UFC 257 clash with old rival Dustin Poirier at Fight Island in Abu Dhabi this coming Saturday. Since their last meeting, six years ago, McGregor has gone on to become the first fighter to hold world titles at two divisions at the same time and become the biggest name in the UFC.

All was going good, by the looks of it, according to mutual respect social media posts until a guy called Jake Paul stepped in. Jake who? I hear you. For the record my seven year old daughter has heard of him. For your (and mine because I just looked him up) information, Jake Paul is an American who has over 20 million YouTube subscribers. Apparently he started out as an actor on the Disney Channel but since taking to YouTube his controversial career has involved a fake marriage to creator Tana Mongeau (again I have no clue) and an FBI raid of his Calabasas home. Anyway in the past 12 months or so he has turned himself into a professional boxer and has won a few fights including against former NBA player Nate Robinson.

Paul has been trolling McGregor for a while and says he wants to fight the Dubliner for $50m and that’s why Kilmacthomas’ welterweight Dylan Moran has been thrust into the limelight.

In a foul mouthed tirade (I think that’s what they call it) Mr. Paul said, “Conor’s taking easy fights. But he’s been sparring in Ireland! He’s been boxing, going against some phenomenal, exciting Irish talent. This kid must be really good, because Conor’s a ‘good boxer’ right? And then we looked this kid up! Ladies and gentlemen, presenting to you: the big, bad, exciting Irish talent – Dylan Moran, the kid that Conor McGregor is sparring against. Take a look!”

He attached a video of Dylan’s one defeat from his 17 professional fights against Olympian Dennis Okoth.

Not surprisingly the post has caused outcry from McGregor, his coach, John Kavanagh, Dylan’s manager Conor Slater and of course Dylan himself. The Déise man is obviously fitting in nicely to the new mad world he finds himself in as he filmed the video for Jake Paul inside a top of the range sports car in the beautiful sunshine of Dubai and here’s what he said.

“Jake, I just watched your interview,” he revealed on Instagram. “You are one thick, ignorant fool. I don’t even know what to say about you. You’re an absolute disgrace to yourself, America. The best thing to happen over that way was Donald Trump. I hope he gets back into power and builds an even bigger wall to keep you and all your clowns behind it.

“Now Jake the last few weeks we’ve watched you online disrespecting fighters, good people, asking for fights, shouting offers. This is my offer to you. I’ll come to America today, tomorrow or any other day. Me and you go to the legendary Floyd Mayweather’s gym and we’ll get in the ring – doghouse rules. Let’s see how that works out for you. I will rip your head off Jake. We are not the same. You make videos for a living, I fight. You’ve put it out there and everybody wants to see it, so we’re all waiting on your reply.” We’re still waiting Jake, come on will you (I’m getting into this).

So where will all this end? Well your guess is good as mine. The one thing I know for sure is that Dylan Moran’s profile has certainly sky rocketed through all this and hopefully that’s only for the good because if ever anyone deserved a few breaks and a shot at the big time, then Dylan Moran is that person.

LEGENDS OF THE WEEK 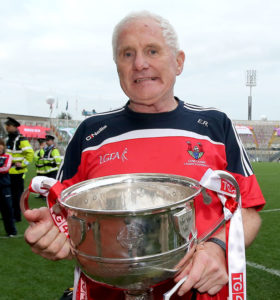 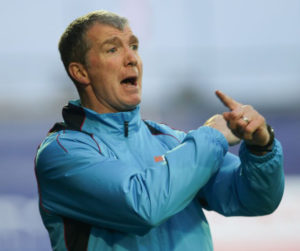 I was saddened to hear of the death of Eamonn Ryan (above left) this week. An unassuming GAA legend on Leeside who amongst many other things led the Cork ladies footballers to an incredible 10 All-Ireland titles in 11 years. Unbelievable stuff. Above all the man was a gentleman, which is more important than any success. May he rest in peace.

But on a lighter note my legend of the week is Stockport County manager Jim Gannon (above right) who refused to do any interviews with Sky Sports because Sky had refused to fix his Skybox many years ago. You have to love a man who stands by his convictions. I think Jim is one of my new favourite people in sport. 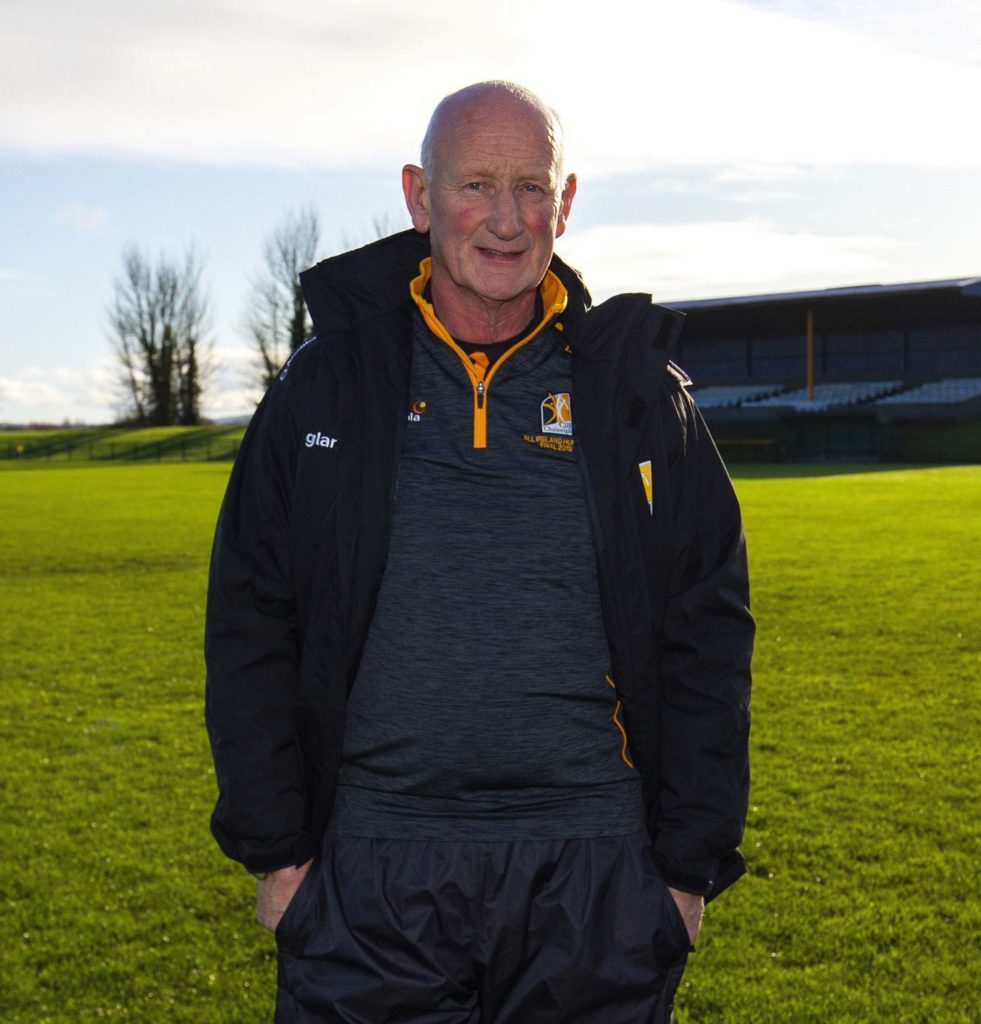 One of the longest associations in world sport must be Brian Cody’s management of the Kilkenny senior hurlers. Last week he was appointed as manager for the 23rd season in a row. During that time he has led them to 11 All-Ireland SHC titles. But in a county where speaking out about the James Stephens man is very much a taboo thing to do a former team-mate of his, Carrickshock’s Richie Power Snr, had some interesting things to say this week.

“After the Waterford game, the feeling around the county was maybe time had come for a change,” said Power.

“Nobody can ever take away from the achievements of Brian. A lot of players have played under him for a long time and I sensed a new voice, a new face might get another couple of years out of TJ Reid, Colin Fennelly, and these guys. Nobody will achieve what Brian has achieved, the man has a phenomenal record but I stayed too long managing my own club and sometimes you have to stand back and let in a new voice and keep the show on the road.”

It’s hard to argue with what Richie is saying but 1) who’s going to tell Brian Cody (other than himself) that his time is up and 2) is it that the players are just not there and it doesn’t matter who’s in charge? Could this be Brian Cody’s last year in charge? Maybe but I wouldn’t be putting big money on it.

From talking to Kilkenny people over the years Cody absolutely lives for hurling and I’d be surprised if he walks away to easy. I’d love to know what he thinks of Power’s comments this week…..I doubt we’ll ever know.