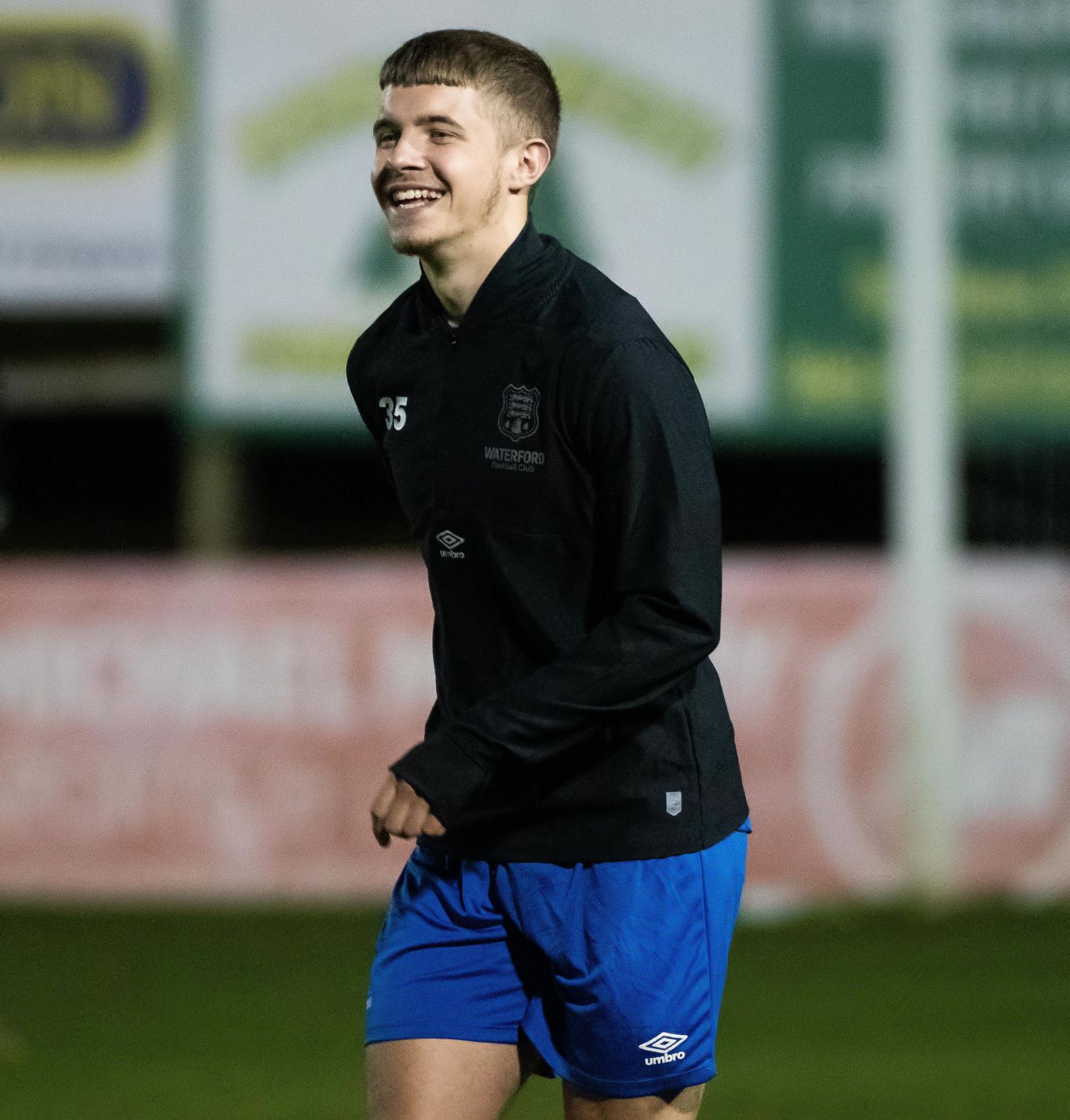 Niall O’Keeffe warming up before the final game of the 2020 SSE Airtricity League Premier Division season against Finn Harps at Finn Park. He this week signed up for the 2021 season. Photo: INPHO/Evan Logan.

Niall O’Keeffe has become the latest player to be confirmed to have signed for Waterford FC ahead of the start of the SSE Airtricity Premier Division on March 17 after the midfielder was unveiled in the course of the past week.

As revealed by this newspaper back in November, O’Keeffe was said to be one of two players that put pen to paper at the end of the season, and he will be hoping to build on some top performances in the last campaign.

The former Blues Under 19 player of the year put in some great displays in the heart of the Waterford midfield last season, and now the former Villa player will be looking to gaining more experience in the top division.

Considering the fact that both Kevin Sheedy and Mike Newell have a lot of experience with younger players, O’Keeffe will be looking forward to learning more from the new Blues management team as he has definitely got a bright future in the game.

With the Blues set to return to training on February 8, O’Keeffe becomes the seventh player to be officially confirmed by the club, and it’s expected that further additions will be announced in the coming weeks as the build-up to the league continues.

BOYLE A NO GO

After holding talks with the club in a bid to return to the Blues for the season ahead, it’s now understood that former player Ethan Boyle has turned down the chance to play at the RSC next season, and that he is set to make a move back to Premier side Finn Harps.

The new management have confirmed that they are hoping to bring in new players using their contacts in the UK in the coming weeks, but with the current Covid 19 restrictions there will be a sweat to when they can enter the country.

Behind the scenes, the Blues are continuing to prepare for the season ahead with plans afoot for a new home jersey that will be predominantly blue in colour, while it’s understood that the club are going to opt for a new black away kit. White will remain as a third kit.

There was some speculation that the club were due to be sponsored by Falcon Real Estate, who are responsible for the North Quays development, but the latter have denied this in the last few weeks. The club are expected to keep their support of the Cardiac 24/7 care campaign.