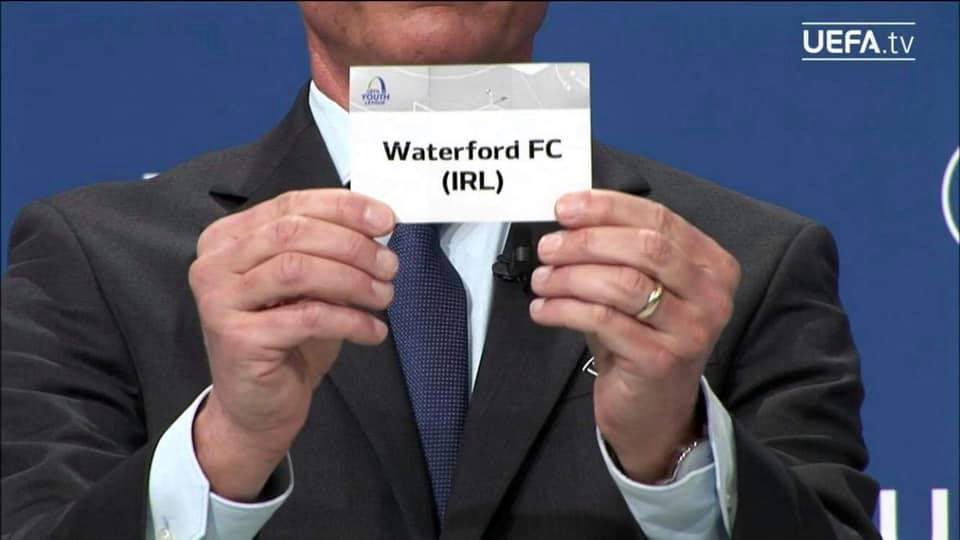 After qualifying for the UEFA Youth League for a first time after winning the 2019 SSE Airtricity National Under 19 League, Waterford FC will make the trip to Sweden to take on Hammarby in the round of 64 of the competition.

The one legged tie will be played in the first week of March as the Blues will make their debut in the Youth League where they’ll become the fourth Irish club to represent the League of Ireland in the competition following in the footsteps of Cork City, UCD and Bohemian FC, who have made two appearances.

Only one of those teams have managed to come through the first round when Cork City beat HJK of Helsinki, and Mike Geoghegan’s side will travel to the Swedish capital of Stockholm to take on the Hammarby Under 17s as the Swedish FA have nominated the Under 17 winners and not Under 19.

Led to league title success by Gary Hunt and Craig Maher, they have now departed the club, and it will be the new Waterford FC Head of Academy, Mike Geoghegan that will led the Blues into battle for what is sure to be another historic occasion for the club.

The Blues qualified for the UEFA Youth League by winning the 2019 Under-19 National League but weren’t guaranteed to be one of the final 32 clubs to make the competition, however they do so after Manchester City, Atalanta, Dynamo Kyiv and Red Bull Salzburg were entered into the Champions League route.

The format of this year’s competition has changed to straight knockout due to the Covid-19 pandemic, which means the Blues will have to take victory in Stockholm when they travel to play Hammarby on 2/3 March, to qualify for the last 32. We wish them the very best of luck.