Sandra Power: on bringing lingerie and confidence to Tramore 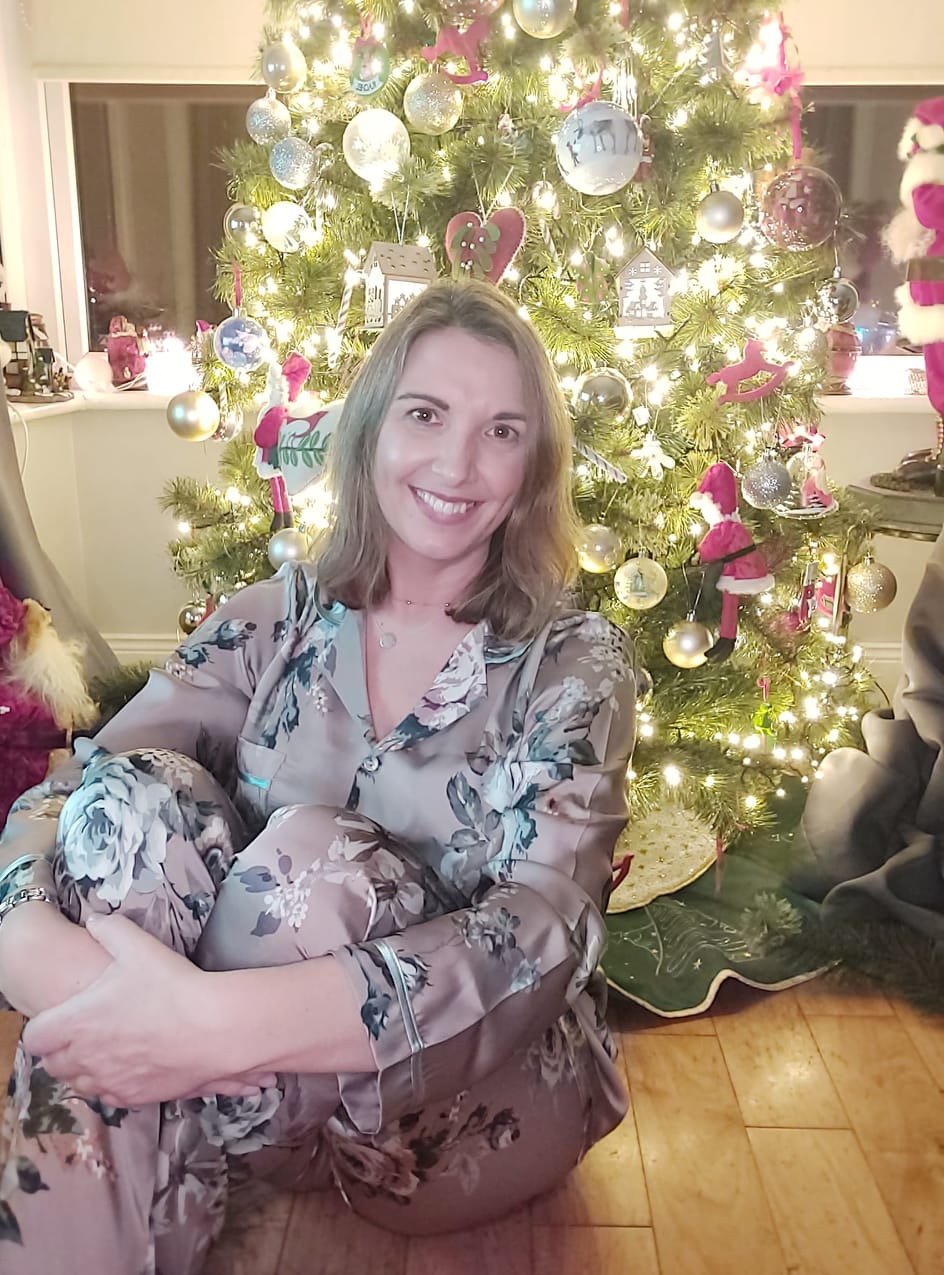 “I’M Tramore, born, bred and buttered as they say, never left the parish,” says Sandra Power as she beams at me from the computer screen. The wall behind her is adorned with an assortment of images of her children, along with a white board which is covered in timetables and notes. This is a woman who has mastered the art of multi-tasking.

The youngest of four children, Sandra grew up in idyllic Westown with siblings Michael, Miriam and Brian under the watchful eye of her parents Noeline and Senan Power. It was Paul who captured her heart and after almost 10 years of marriage, it was Paul who finally said, “Power, this is an itch you just have to scratch.”

That itch as it turned out was Sandra’s plan to open a lingerie shop in Tramore after many years of viewing it as a pipeline dream. The tricky bit? She did it during a global pandemic.

“For years, we have had to travel out of Waterford to buy proper fitting bras. There hasn’t been a dedicated underwear shop in Waterford city for years,” said Sandra. “The closest is Dungarvan, and Helen is fabulous there, but I shouldn’t have to drive for nearly an hour to go and buy a bra, or leave my county which is the only other alternative.”

Having worked for Winterval for the last couple of years in a sales and marketing role, Sandra was very aware that the contract was due to come to a close in February 2021.

“With everything that happened last year, we were wondering all year, will this happen, will that happen, nobody could make plans, and I thought, this isn’t a sustainable life plan. The whole events industry is turned on its head.”

So she did it, Sandra sought some much welcomed guidance from Redlane’s Catherine Keighery, and seeing an available property on Queen Street in Tramore, Sandra did exactly what Paul suggested and she scratched the itch. Thus, The Lady’s Slip was born, and in a time of global upheaval, homeschooling and job uncertainty, Sandra chased her pipeline dream and the doors opened.

“Before I knew it, I had the keys. The wonderful Gerry [Sandra’s landlord] was sent from God. Before he even knew it, he was knocking walls and doing everything for us. It was around then that I realised, Jesus Sandra, it isn’t a case now of will you do it, it has already started, this is real.”

Within two months, with Brexit looming at the time and the word on everyone’s lips being Covid-19, Sandra and her sister Miriam opened the doors after two months of solid graft.

Opening was something that Sandra leads me to believe was almost an organic process, an inevitability having collected the keys. I posed the question to Sandra: How did you navigate order forms, VAT Returns, stock, and the reality of opening a business?

A large smile spread across her face as she said, “You would think that I would have had some kind of knowledge wouldn’t you?” Yet, she credits the advice she received from a Facebook group whereby a woman opened a business having researched and planned intensively. The business ultimately failed. The same lady opened a subsequent business “on a wing and a prayer” and it thrived.

“I’m an awful over-thinker,” said Sandra. “Most people won’t believe this about me, but I am an extremely anxious person, I suffer from panic attacks. If I let myself think too much about something, it’s toxic to me, and I’m incredibly indecisive.” So it was in the very face of this obstacle, an obstacle deeply ingrained in her very core, that Sandra followed her dream. 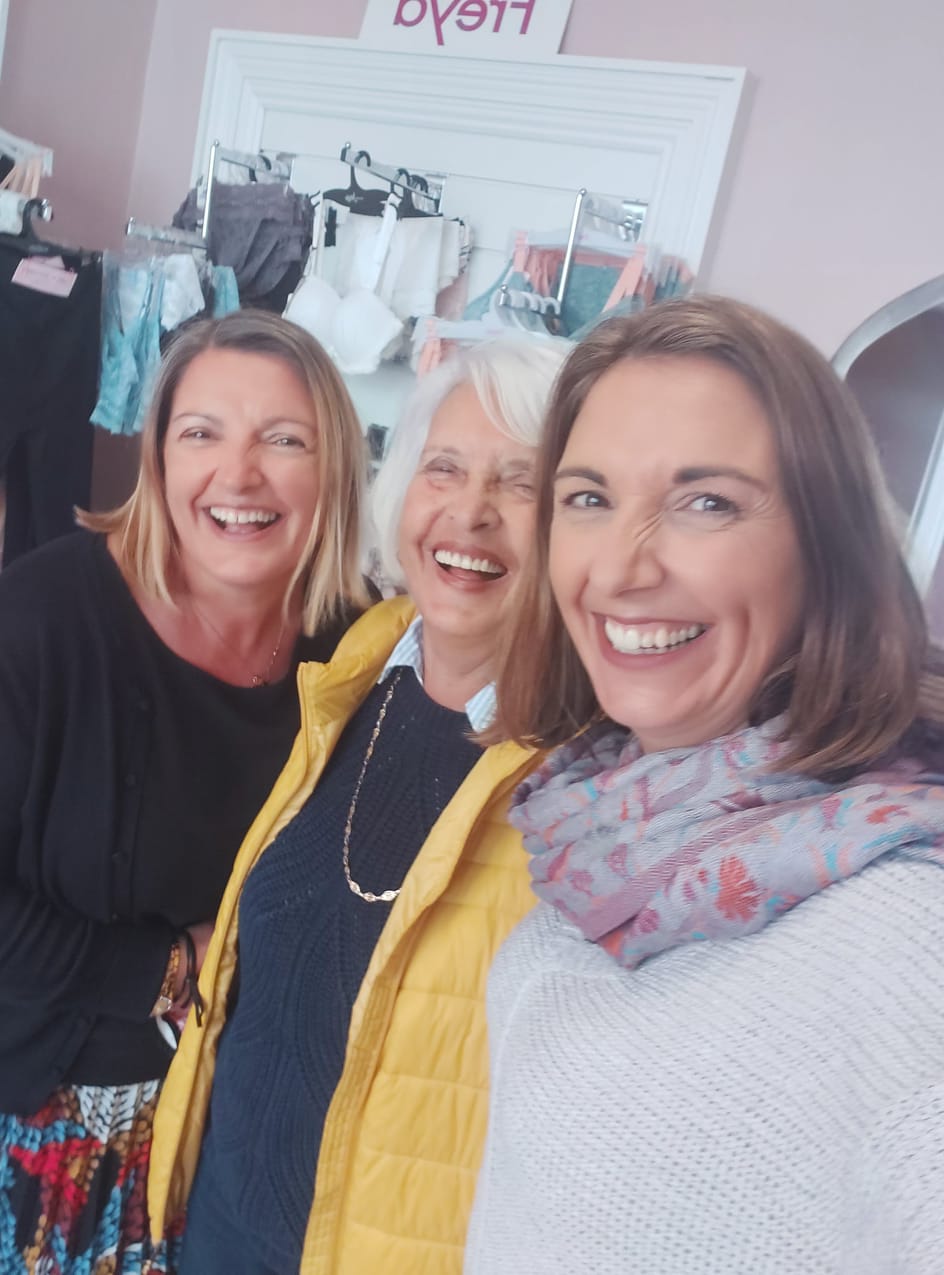 “I can’t put into words what the shop has done for me, and for others. People come in and it’s not just that they are wearing the wrong size bra, it’s that their shoulders are hunched and the confidence is knocked out of them. When they leave the shop, with the right bra, the shoulders back and the head high, they leave filled with something that they didn’t have before that point. It was always what I wanted when I opened The Lady’s Slip, to create a place that could have that effect on people.”

That deep sense of empathy led Sandra to raise money through her initiative ShairCare over the first lockdown.

“I was always very aware that not everyone was lucky to have the family that I did or to grow up where I did. For many work or a walk is an escape from home. Lockdown meant in many cases that the escape was no longer an option and people lived in fear in their homes. I used the platform of my blog ProseccoPoweredMum to raise both funds and awareness because nobody knows the situation others are in.”

The mum-of-three described herself as shouting into the void on her blog to see if anyone would hear her. They did, and they continued to hear her as she introduced more topics on her Instagram stories from domestic violence, to the realities of homeschool and how sometimes the chicken nuggets in the freezer are what everyone is having for tea.

Shouting into the void like this gave others the confidence to speak themselves, opening The Lady’s Slip offered women a place to go, to empower themselves in a way that is much more than underwear, and knowing that she is standing in The Lady’s Slip beside her sister Miriam brings things full circle. For Sandra, it began in Westown surrounded by family and warmth, and today in Queen Street, that continues.