Time Out With Timmy: A Place For Everything 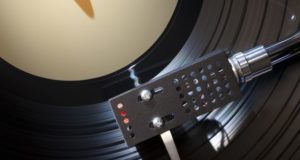 SOMEONE once said, “Let everything be done decently and in order”. This is very popular today with the huge upswing in professional organising.

It’s an industry all of its own. There’s Marie Kondo and her idea that everything you own should spark joy.

There are whole TV programmes dedicated to tidying up and professional organisers are gaining celebrity status. We have systems and methods such as Swedish Death Cleaning and Home Editing all in the hope that we can get organised. Tidying up is big business and very on trend.

I remember an old an old 70s horror movie where an obsessive neat freak played by British comedy legend Terry Thomas takes a new wife and eventually drives her so crazy with his impossible housekeeping and organising standards that she murders him with a hammer blow to the head.

His mantra was: “A place for everything and everything in its place!”. For sure, he was a fruitcake and he brought his grisly demise on himself, but it looks like Terry was really just ahead of his time. Today, he would have been revered as a visionary and Guru and ended up with his own Netflix series.

Lately, I’ve been spring cleaning, or winter even, and a touch of Terry’s orderliness wouldn’t go astray. This week I’ve honed in particularly on my long-neglected music and audio collection, tapes, records, CDs and digital, and it’s painfully clear they need sorting out ‘goodo’.

Having a half decent music library is all very well but if left unattended, years of adding to it can eventually come back to bite you – like when you’re trying to put it in some sort of order, catalogue it and find a proper home for it.

I’m making tentative steps in that direction and my aim is to have it ready for worthy new surroundings in hopefully a month or so. It’s served me well in fairness through the years and the least it deserves is a bit of respect. My CDs are in good nick and having custom built storage was money well spent.

Standard shop bought storage certainly works but if you really want to do the thing properly, best to design what you want and get it sorted to your specifications in line with your individual needs.

The custom-built area I have is easy to sort through but the back up boxes and shelves are another thing entirely.

What amazes me as I flick through my makeshift shelves and rummage through boxes of cassettes is the amount of irreplaceable items I actually have in my possession.

Recordings dating from the early 80s of pirate radio’s golden days, some featuring shows possibly no one else has. I have the only surviving copy.  Hundreds lie dormant in shoe boxes in my attic and God knows when they were last taken out for a listen.  There’s some hard-to-get vinyl beauties there too that I would spend a lot of time trying to track down in today’s marketplace.  I could trawl through hundreds of second-hand shops and car boot sales and not unearth what I’ve collected since my teens. 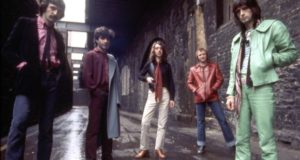 To give you some idea looking at the Irish rock and pop scene alone, I dug up singles from the likes of The Blades, Les Enfants, Mamas Boys, Horslips, Gary Moore, Minor Detail and even a 12-inch from a fine Dublin band in their day, Stepaside.

Bear in mind, I purchased this back in 1979 yet it still plays superbly and sounds great today after all this time.  Try locating that today and you’d have some job.

Surprisingly, vinyl is now more than holding its own in the hearts of music devotees. It was once condemned to the rubbish bin of history but has confounded the so-called experts and is alive and rocking. Every music store worth its salt has ever newer and trendier models of record player to tempt you with. Ones with a USB connection are popular as you can transfer your ancient, crackly albums to your computer where you can even clean them up with the right tools.

Digitising tapes is even more essential for me or anyone who desperately wants to avoid snarling up old tapes that can just never be replaced.  The thought of a beloved radio show destroyed and lost for all time is hard to stomach.

Then there’s the inevitable guilt as you realise you never bothered to save it on to the PC, thereby preserving it for the foreseeable.

Tons of bands now split up can be difficult to track down and their material has in many cases been deleted by record companies.

Back in the day, there was a huge source of joy for the intrepid record seeker attempting to locate various ‘holy grails’ that even Indiana Jones would have been hard pressed to track down.  The CDs are no bother being small and the shelves I already have are fine but tape storage is more of a challenge.

There’s undoubtedly something incredibly liberating about tidying up your stuff and having it properly housed, stored and catalogued.  How satisfying it would be to be able to put my finger on virtually anything at a minute’s notice. Now that would be an accomplishment.  Starting the process is never fun but the rewards for persevering and seeing the job through to the bitter end will hopefully outweigh the hours of hassle and painful sorting.

Terry Thomas went as far as having several different glass jars for his assortment of nails and screws for his DIY projects. The gory irony was that after striking him dead in a fit of anger, his wife chopped his body up and neatly placed all his organs, beautifully labelled in the afore mentioned glass jars.  I can only aspire to the organisation that Terry would be of, but I fully intend to give it a right go without Terry’s obvious psychosis.  “A place for everything and everything in it’s place!”. Here’s hoping.