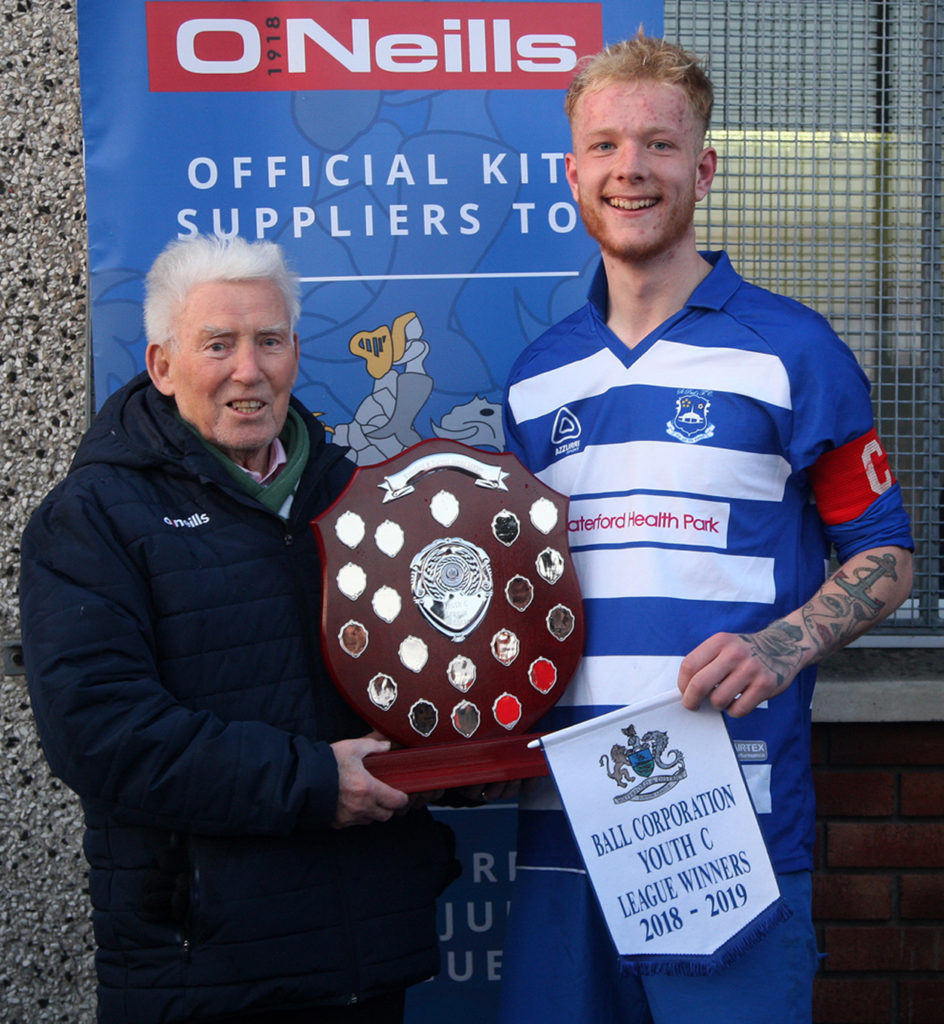 The football family is mourning the death of Waterford Junior League President Willie O’Callaghan, Arbour Road, Lisduggan, who died today (Friday) after giving a lifetime of commitment to football in Waterford. He was 85.

While no words of mine could adequately describe the work and contribution that Willie made to the beautiful game in our city and county whether as a player, referee and in past years as a former chairman of the local league committee, it is suffice to say that he leaves a very long legacy after him.

A passionate love affair of all things football began 75 years ago for Willie where he was a good player, a top referee, a great league chairman, an avid Waterford FC and Manchester United fan, and a loyal family man.

A MUCH LOVED CHARACTER

Willie was a much loved character of local football, and after dedicating his life to the game, he was bestowed the honour of becoming President of the league last May following the death of his friend Jimmy Searson where he described that moment as a “special one.”

A highly respected member of the community, Willie started out as a player, and like his brother Martin, will be remembered for his top refereeing skills.  He was a great advocate and leader for many local referees where he was always there to offer advice.

He loved nothing more than to see Waterford referees doing well on the big stage, and also watching referees in Waterford rise up the ranks.

He also took immense pride in achievement of his beloved St Paul’s Football Club, and presenting them with the Youth League trophy a number of years ago after their thrilling playoff success at Ozier Park was a standout moment.

Willie had two other big footballing passions in his life – the love of Manchester United and of course his beloved Blues where he attended games at the RSC with his brother Martin, nephew Martin Jnr, and Martin’s son Brandon through the good and bad times.

The football family in Waterford and football across the country is indebted to Willie for his lifetime contribution to the game where he thrived for the betterment of football, and was always there to support the underdog.

To his wife Angela, his children, his extended family and friends, we offer our deepest and sincerest sympathies on the loss of a legend of the game in Waterford.

We’ll have a further tribute to Willie in Tuesday’s Waterford News & Star.