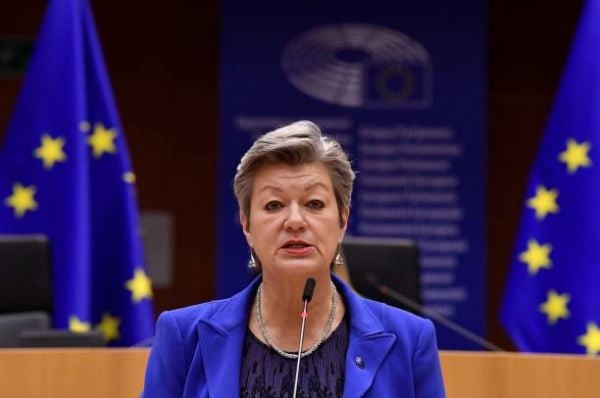 Eight out of ten reports of child sexual abuse referred to Gardaí originate from a US centre targeting child exploitation, the EU’s top justice official has said.

As the Irish Examiner reports, Ylva Johansson, the EU Commissioner for Home Affairs, made the remark as part of her calls for tougher action to deal with the “exponential growth” in the crime.

She said she is now considering setting up a similar EU expert centre for child sexual abuse to assist member states.

Ms Johansson said that the fight against child sexual abuse was her “number one priority” and urged the European population to engage with her in a public consultation.

She said the most urgent requirement in her battle was for the European Parliament and Council to agree on emergency legislation to overcome privacy laws and allow Internet companies to continue to voluntarily report child sexual abuse to authorities.

She warned that the number of voluntary reports had dropped by 46 per cent since the European Electronics Communications Code entered into force last December, which unintentionally created legal uncertainty for companies submitting voluntary reports.

“Police in Europe depend on these voluntary reports to save children,” Ms Johansson said in a statement. “In one year alone, companies referred 100,000 newly produced videos to law enforcement. If an agreement is not reached, this will end. Abused children will remain in the dark.

“We cannot allow this to happen. The deadlock must end as soon as possible. An agreement must be found on this emergency legislation.”

There have been concerns previously from children’s agencies here, including CARI Foundation and the ISPCC, at the impact of the new electronics code if emergency legislation was not introduced.

“In the last ten years, reports of child sexual abuse increased from 1 million to 17 million worldwide,” she said.

“Images and videos cross national and European borders in an instant. Abuse committed in one country or continent, is watched in another. Internet companies don’t often know where this abuse is taking place.”

She said she has proposed giving Europol, the EU police agency, stronger powers in this area.

She said that just a few weeks ago, Europol supported French police, in arresting 14 people suspected of grooming 12 and 13-years-olds on social media.

“I want companies to be able to send Europol reports of child sexual abuse directly. Europol can then analyse the reports and alert the Member States in question.” She said she was preparing permanent legislation to tackle this.”