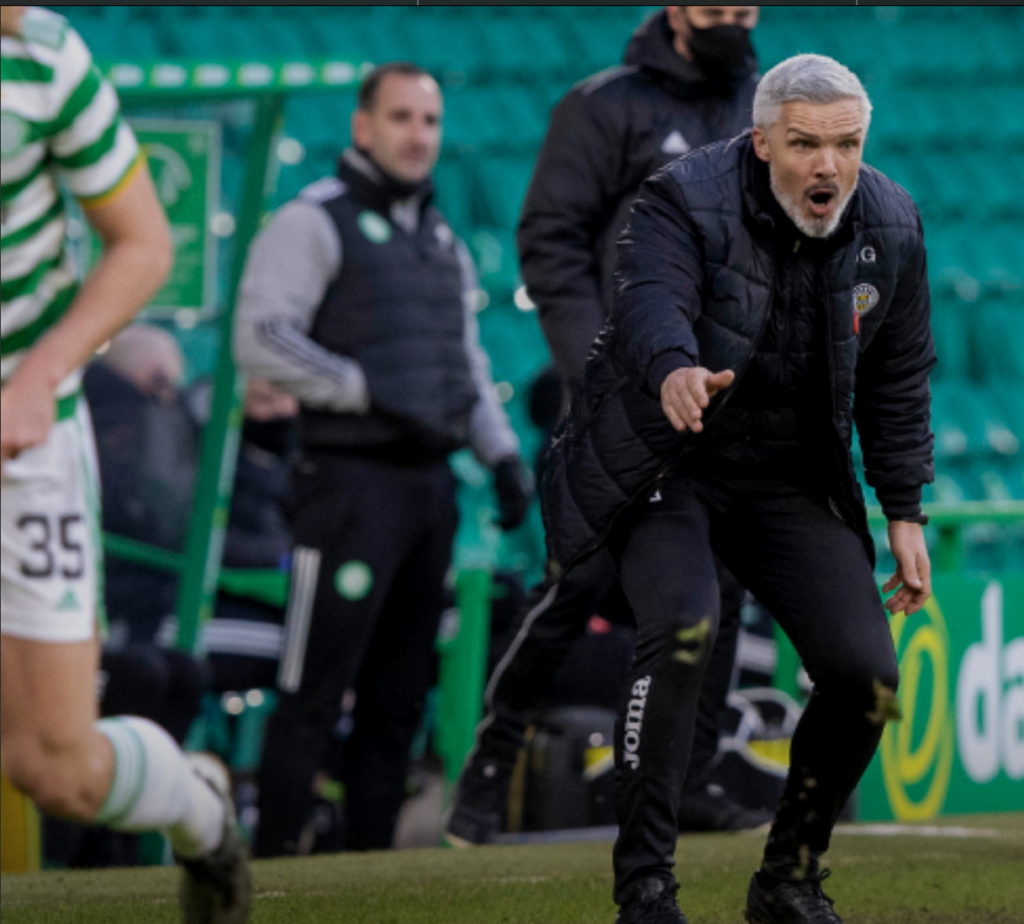 There was good news for Tramore native, Jim Goodwin (39), today as he (and his assistant manager Lee Sharp) signed a new three year contract with Scottish Premiership outfit, St. Mirren.

The Buddies have had a great season which included a league cup win over Stephen Gerrard’s champions elect Rangers and a first win at Celtic Park in the league for 31 years.

St. Mirren currently sit in seventh place in the table, a point behind Dundee United, but they two have two games in hand. They need to make the top six before the season is spit between the top six and bottom six and look set to achieve that goal.

Goodwin spent five years at the club as a player and joined as manager in 2019 after three good seasons with Alloa Athletic.

The Board recognise the dedication and commitment that Jim has given to the club and the initial benefits of this can be seen with the developing success on the park. In this challenging season, Jim has led the Club to a Hampden semi-final and achieved league success with historic wins. Jim continues to be an excellent ambassador for the Club and his work with the St Mirren Foundation and the causes they support is evidence of his passion and commitment for the Club and the wider community it supports.

Chief Executive, Tony Fitzpatrick explained: “The Board has recognised the excellent results and progress this season under Jim and to continue developing as a club we see this as an integral piece of the plan. Jim has been given one of the highest player budgets of any St Mirren Manager and he is now the highest paid manager in club’s history. The immediate focus will continue to be on Jim leading the team to a potential top 6 finish. This deal allows everyone to plan longer term to bring further success to our Club. We are an ambitious Club and we believe with Jim ambitions we have an exciting, successfully future ahead.”

Jim Goodwin commented: “I’m delighted to extend my contract here. I appreciate the board offering the new deal to me and for the recognition of the hard work that myself and my staff are doing here.

“It’s a great time to be a part of this club. I feel there is a real air of positivity and we have SMiSA soon to take over the ownership of the club and the introduction of Kibble which is a fantastic step in the right direction. There are really good people on the board who are as keen as I am to take the club forward and take it to the next level.”