Tributes pour in for Freddie Robinson 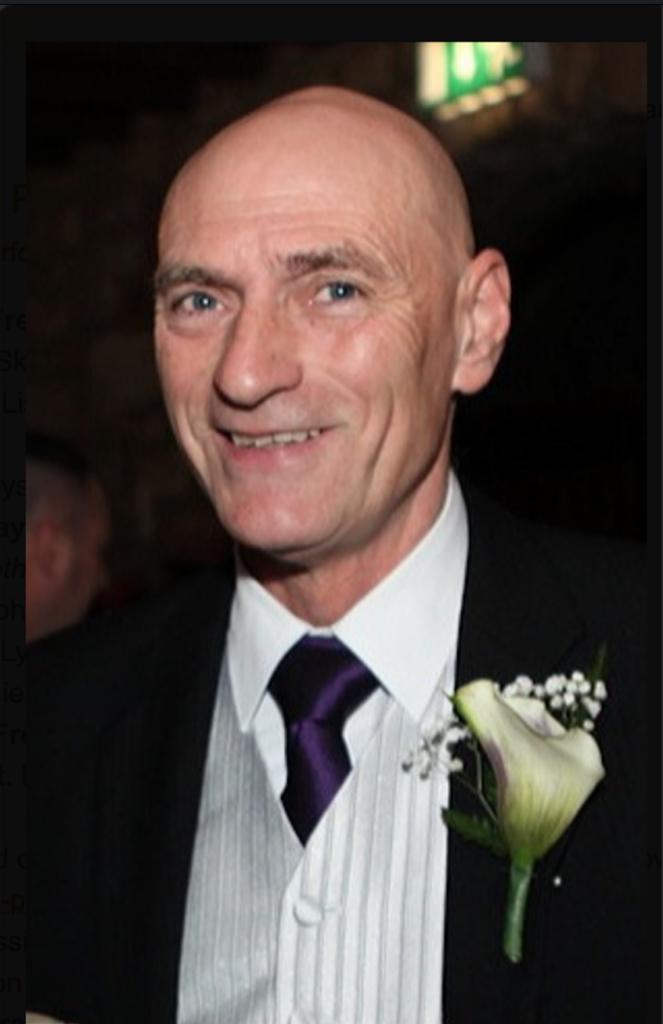 The football community is mourning the death of well-respected former player and coach, Freddie Robinson, Skibbereen Lawn, Lismore Heights, Waterford, who died following an illness borne out with great courage, strength and dignity, yesterday, Sunday, February 14, at the age of 70.

Freddie was an accomplished midfield player from the highly respected Robinson family with Southend United for many years where he went onto serve on the committee of the club and held the position of club chairman.  He also started the Schoolboy section of Southend United with Fr. Nicky Power and Sean Power.

After leaving the Tangerines, Freddie turned to management where he made the move to Villa FC, and together with Nicky Denn and Liam Butler, he went onto coach the young Villa stars of the future for many years.  He was a member of the Villa committee and also served as chairman of the club.

Whilst having a great passion for Schoolboy football with the Connor’s Park club, he also had a passionate love for women’s football where he gave loyal service to Benfica FC before also being involved with Wexford FC in the most recent times.

Freddie, the father in law of former Waterford player David Breen, was also an avid Blues fan where he helped with the fundraising of the club and with the half-time hospitality in the tea room at the RSC.

A fantastic football ambassador in every sense of the word where he was involved in all aspects of the game, Freddie was a massive Republic of Ireland fan where he attended all the home games at the Aviva Stadium as a season ticket holder with his wife Siobhan.

The brother in law also of the late Paddy “Stinger” Ryan, Freddie, who worked in Waterford Crystal for his whole working life, will be remembered with great affection for his unselfish contribution to football in Waterford at all levels, and also for his work with the Irish Wheelchair Association.

In paying tribute to Freddie, the Southend United club said, “Freddie embodied the way a true Southend player should behave both on and off the pitch. He was highly thought of by opposing teams and was respected in Southend for his diligence towards training, preparation for match days and was exemplary in his attitude towards the game. These attributes made him a role model for younger players and his example moulded the future of many. May he rest in peace.”

Also paying tribute to Freddie, the Villa club said, “Freddie gave tremendous service to the club over the years, following in the footsteps of his father Sammy who was one of the leading figures in the early years of Villa. He coached and managed many teams with huge enthusiasm that always rubbed off on his players and was also a very committed administrator, including a period as chairman of the club.

“Freddie will be fondly remembered by all who he played with and coached in his time at Villa  and the club sends its sincere condolences to his family and many friends. May he rest in peace”

In a tribute to their former manager, the Benfica FC club said, “Freddie was an absolute gentleman who treated each and every member of the club like a member of his family.  He travelled the length and breadth of the country with us when playing in leagues and cup matches in many a county.

“He developed some of our girls into the National League sides with some of them going on to play at International level also. He will always hold a place in the hearts of our football family. May he rest in peace.”

To his wife Siobhan, daughters Georgina and Rebecca, granddaughters Ruby, Saoirse and Lydia, sons-in-law David and Ray, sisters Peggy, Nellie and Marie, brother Michael, extended family and friends, we offer our deepest and sincerest sympathies at the sad loss of Freddie, who gave his all to football in Waterford be it as a player, manager and supporter.

Freddie’s funeral Mass will be celebrated on Wednesday, February 17, at St. Paul’s Church, Lisduggan, at 10am, with private cremation, and will be livestreamed on the following link https://www.mcnmedia.tv/camera/st-paul-s May he rest in peace.