Five Waterford All-Stars unlikely but about right to me 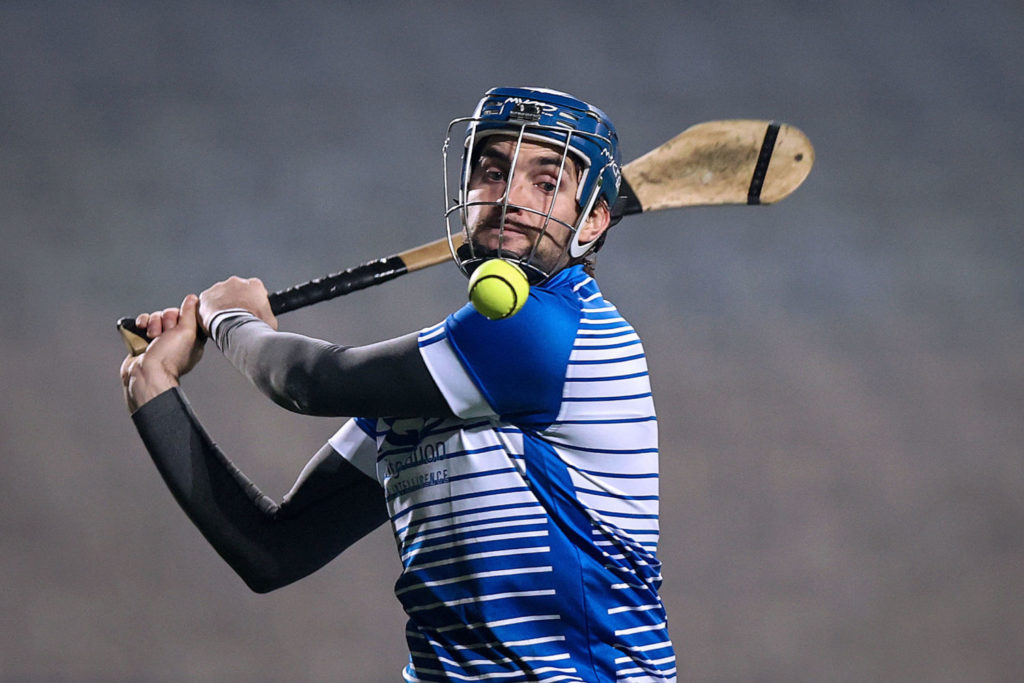 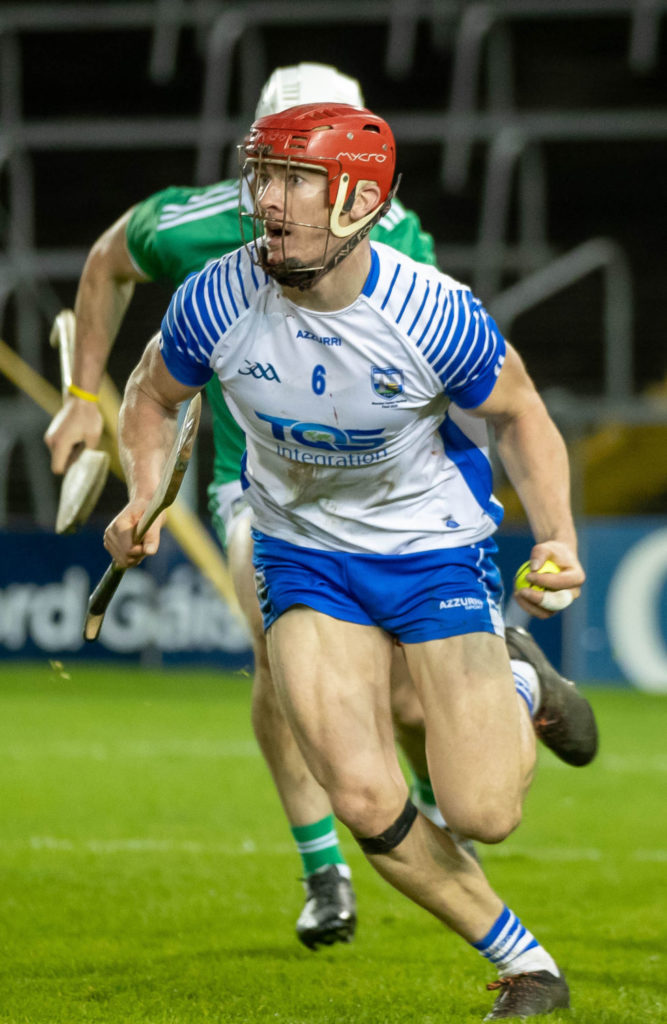 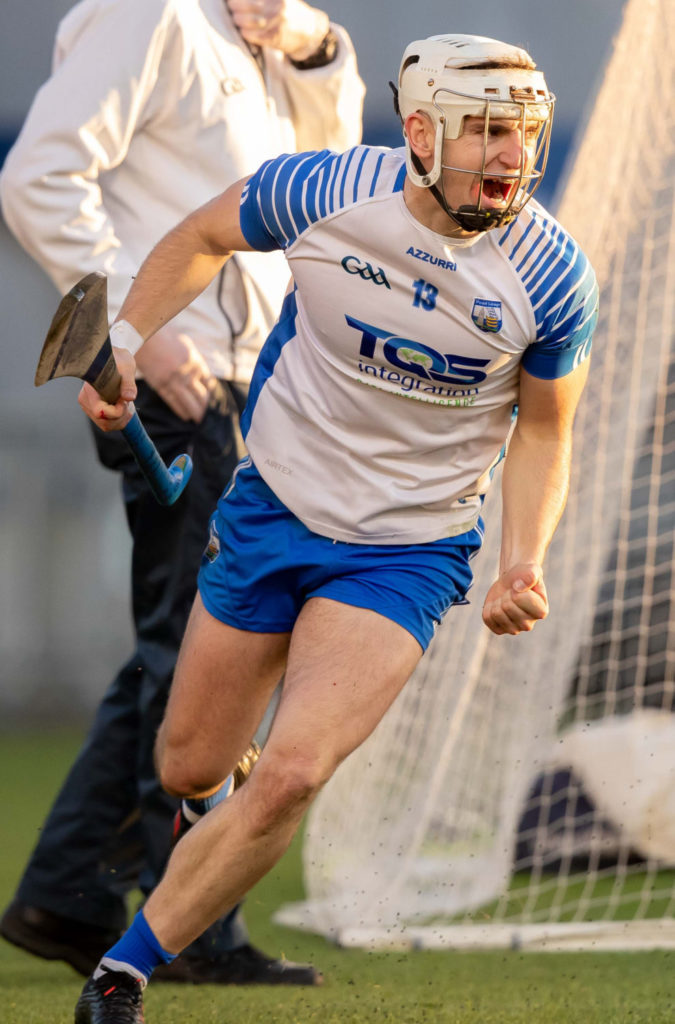 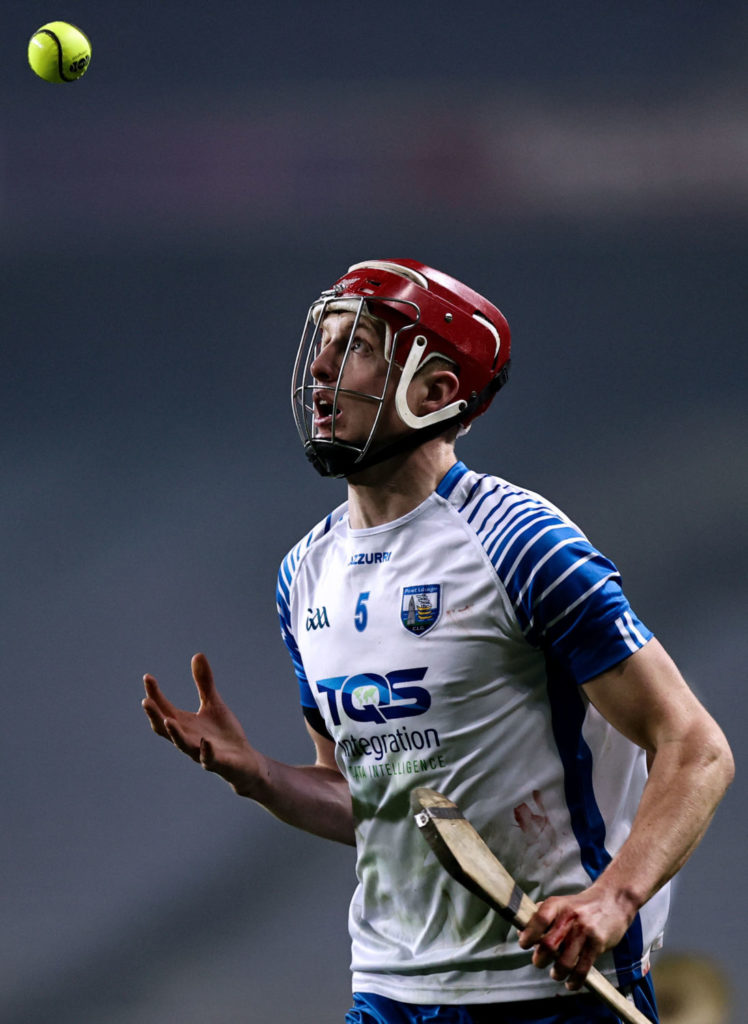 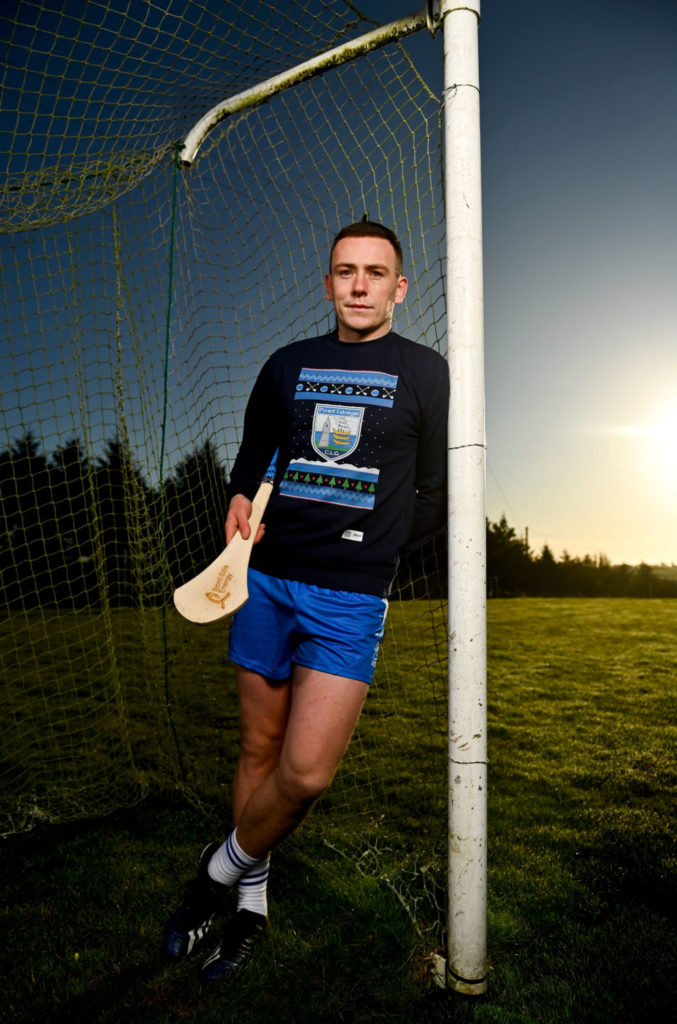 I think it is fair to say that the GAA All Stars are what you could call marmite. Some people love them and some people thing they are a waste of time. I’m a bit in the middle. I don’t get too carried away with them but I do think they are important (especially if you are an inter-county player), I can only imagine the buzz of winning an All Star if you are a player. Anyway the nominations are out with a few weeks now and the teams of the year are set to be named later this month.
So with that in mind I thought this might be a good week to give my stab at the hurling team of the year for 2020. Of course Limerick came out on top, in every competition they entered and walked away with the Liam MacCarthy for the second time in three years but we shouldn’t forget what a brilliant year it was for Waterford hurling. The pleasure the Déise hurlers gave us with those great wins over Cork, Clare and Kilkenny and not forgetting the two fine performances against Limerick in the Munster and All-Ireland Finals shortened the winter for all GAA fans in Déise land and beyond.
After a difficult few seasons for Déise hurling supporters it was great to back competing at the top table and fighting it out for the top honours and Liam Cahill and his selectors and the players did a great job in 2020 and hopefully they can build on that in 2021. Hopefully they will enjoy another great year in 2021 and maybe even finally get a Déise man up the steps of the Hogan stand to lift that famous cup, to say it’s overdue a return to Suirside would be an understatement.
So here I go. For me the number one shirt is a straight shooutout between the two goalies in the All-Ireland Final and I’m siding with Waterford’s Stephen O’Keeffe. He was outstanding all season but for his double save in the All-Ireland Final alone he deserves the statue. His puckouts were excellent too. It’s a real shame that he has decided to step away from the inter-county scene in 2021 but hopefully he’ll so with an All Star.
In the fullbackline I’ve gone for the Limerick duo of Sean Finn and Dan Morrissey and Waterford’s Calum Lyons. For me Finn and Morrissey need no explanations as I thought they were brilliant in every game. Of course Calum Lyons played all his games at wing back but for me there were four outstanding half back/centre backs in the 2020 championship so one of them has to move back a line. The Ballyduff Lower man has been a revelation since he has come into the Waterford setup and 1-6 from play shows that he’s more than just a talented defender. Bags of energy and a great attitude.
Diarmaid Byrnes, Tadhg de Burca and Kyle Hayes are my halfbacks and I don’t think anyone could argue with that trio. Hayes was reinvented as a wing back this season and was brilliant. Byrnes is brilliant every year and Tadhg de Burca was magnificent in the number six shirt, after returning from a long term injury, only to have the misfortune of suffering another terrible injury in the All-Ireland Final. I wish him well.
Cian Lynch will probably win an All Star but he hasn’t made my team. In his place I’ve gone for his Limerick team-mate, Will O’Donoghue. His work-rate and energy levels are off the chart and I think he’s crucial to this Limerick team. Alongside him I’ve gone for Clare’s Tony Kelly. He scored 0-17 (0-8 from play against Limerick) 1-15 (1-6 from play) against Wexford, 0-13 (0-4 from play) against Laois and a further 0-8 (0-2 from play) on one leg against Waterford. Enough said.
Like the halfback line, I think the half-forward line picks itself. Gearoid Hegarty, TJ Reid and Tom Morrissey. Hegarty was the Final Man of the Match after shooting seven points from play and he scored 0-20 in all from play in the championship. A colossus of a man with bags of hurling. Alongside him is the inimitable TJ Reid. What a hurler. 3-34 in three championship games, including 1-14 against Waterford when he nearly won the day virtually on his own. Tom Morrissey might have been subbed in the Munster Final but he was Man of the Match (with six points) in the semi final win over Galway and close to that award again in the final with five from play and six assists. Another mountain of a man with a brilliant hand and a great eye for the posts.
Inside, I’ve gone for two Déise men and a Shannonsider. Stephen Bennett had a brilliant 2020 and I was thrilled for him. Since he was a minor (or before) we’ve known how good this man is but 2020 was the year when the whole country stood up and noticed just how good the Ballysaggart man is. The championship’s top scorer with 1-54 and 5-89 across the year in all competitions. A top performer, day in and day out.
I think Aaron Gillane is a class act and he’s my number 14. 2-44 in five championship matches and a real target man for this Limerick team.
To complete my team I’ve gone for Dessie Hutchinson. 2-9 from play in his first championship campaign was a brilliant return and he always looked dangerous. To think that this man took six years away from hurling to ply his trade as a professional football is quite staggering.
So there you have it. Eight Limerick, five Waterford and one each for Clare and Kilkenny. I wonder how many I get right. Definitely not 15 anyway.

NOT A DÉISE MAN IN SIGHT
Sticking with All Star teams for a second, did you see Martin Breheny’s Supreme All Star Team of the last 50 years in the Irish Independent last week? The headline, from a Déise perspective anyway, was that there was no Waterford man on his best All Star hurling team from 1970 to 2020. You won’t be surprised to know that there were eight Kilkenny players on the team, two from Tipp and one each from Cork, Clare, Offaly, Limerick and Galway.
The team was: 1. Noel Skeehan (KK), 2. Fan Larkin (KK), 3. Pat Hartigan (Limerick), 4. JJ Delaney (KK), 5. Tommy Walsh (KK), 6. Seanie McMahon (Clare), 7. Brian Whelehan (Offaly), 8. Frank Cummins (KK), 9. John Fenton (Cork), 10. Nicky English (Tipp), 11. Henry Shefflin (KK), 12. DJ Carey (KK), 13. Eoin Kelly (Tipp), 14. Joe Canning (Galway), 15. Eddie Keher (KK).
As I wasn’t born in 1970 and don’t remember quite a few of these players play it’s very hard to argue. During my time watching hurling, I would say that Donal Og Cusack, Brian Corcoran, Brian Lohan, Ken McGrath and TJ Reid would be the unluckiest players to miss out. I was delighted to see a regular contributor of ours in there in Midleton and Cork legend, John Fenton. Up the Magpies! 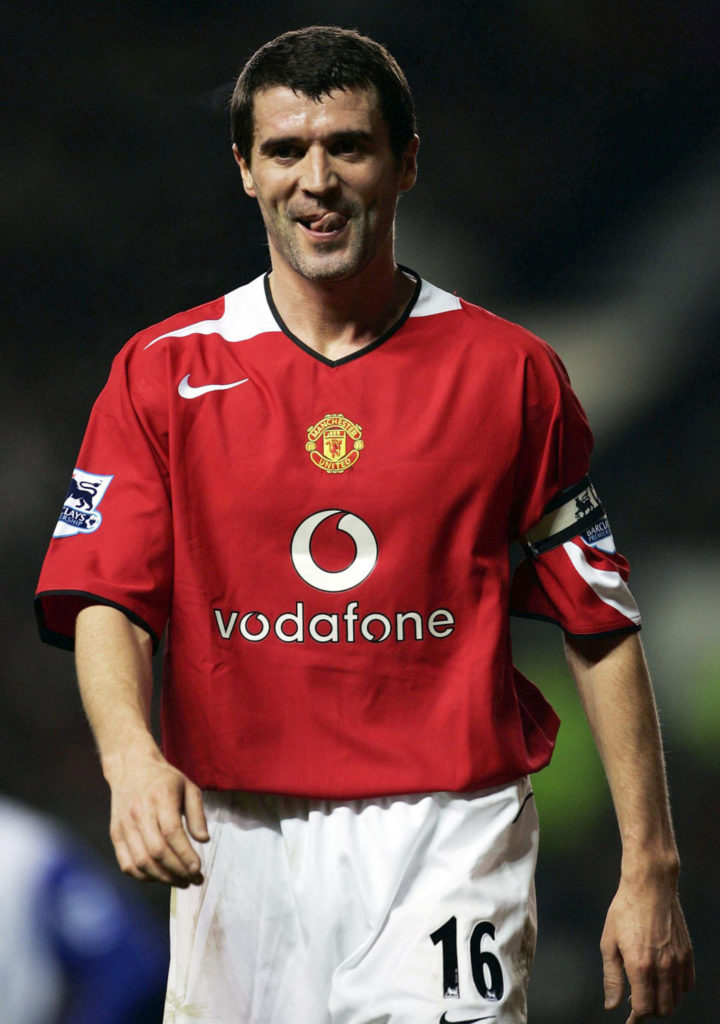 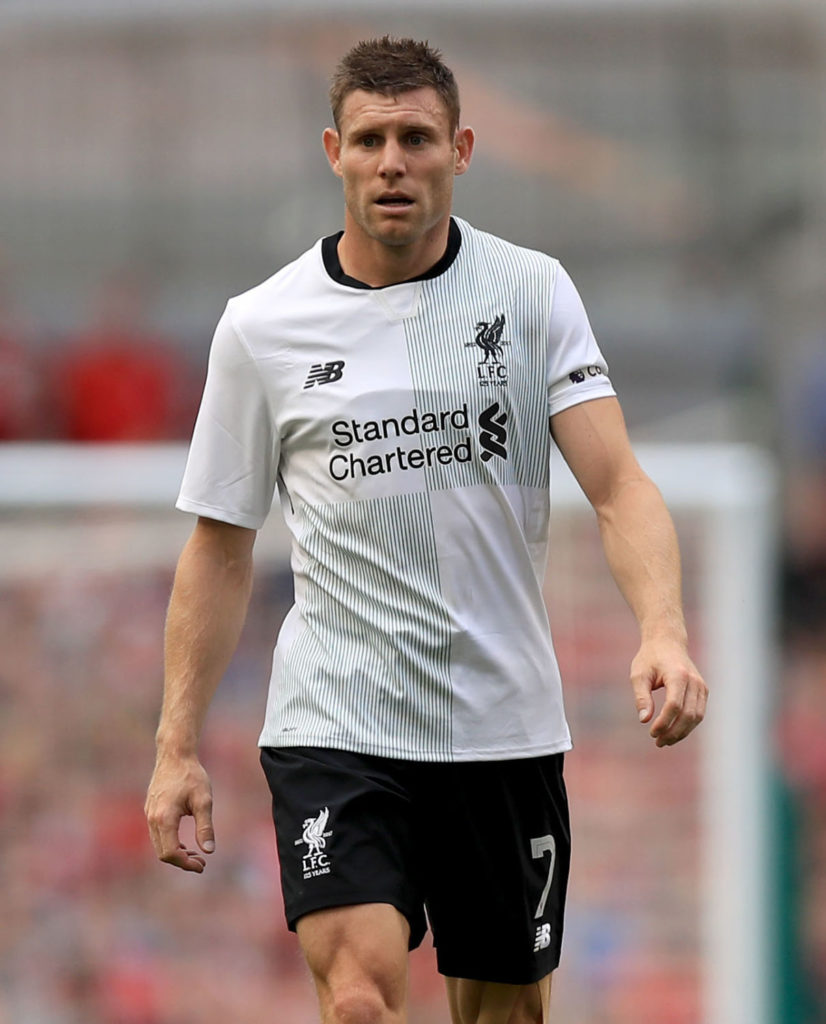 I think we can all agree that January was a long and tough month so I was very grateful to the man who tweeted, in all seriousness as far as I can tell, the pictures of Roy Keane and James Milner and typed the words, ‘in their prime, who are you taking?’ Thank you. It gave me one of the best laughs I’ve had in a very long time. He must have been joking? Surely. Don’t get me wrong, James Milner has had a really good career and has been a great professional but he is or never has been anyway near Roy Keane’s league. To be fair very few midfielders in English football have been so it’s no slight on Milner. Keane was an incredible captain/leader and all that but for me I think his skill as a player is often talked down. Keane was an excellent footballer who could do it all. Tackle, pass and score goals. And now he’s a brilliant pundit too….Roy Keane = the gift that keeps on giving. Sorry James Milner fans. 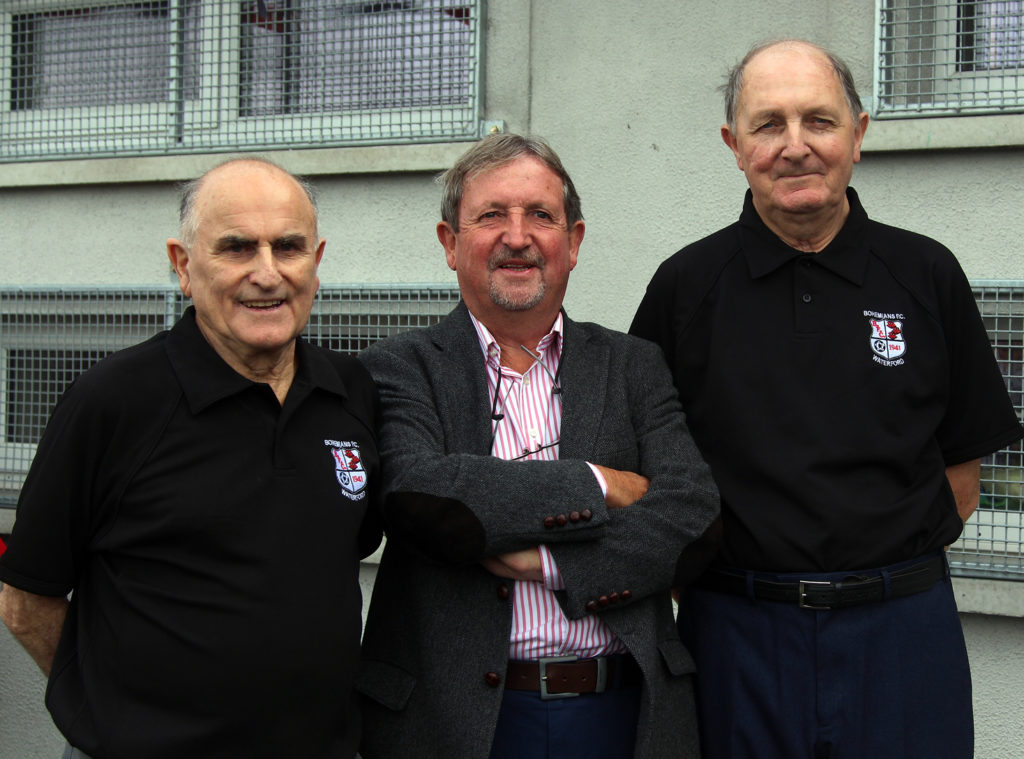 Ritchie Elliott at his beloved Ben Wadding park with two of his great friends (both sadly no longer with us) Michael Wadding and Tommy Drohan.

I hope you’ve read and enjoyed all the tributes to the remarkable Ritchie Elliott in last week’s paper. Recently Ritchie stepped away from Bohemians after 68 years involvement. The type of commitment to the one club is absolutely unbelievable. Well done Ritchie and thanks for all your help over the years, you were always a pleasure to deal with. I know you’ll be mortified by all this but it’s richly deserved.