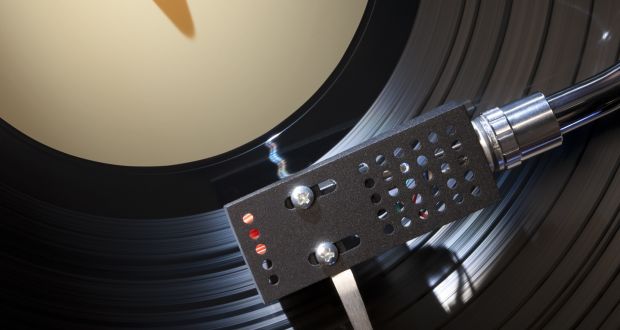 SCARECELY had the ink dried on my most recent column, when I was contacted by someone with an interesting proposal. I had revealed that I was currently in preparation for a house move and getting to grips with all the sorting out and decluttering that needed to be done. A lovely lady named Anne, having read how I was attempting to archive my music collection, told me that she too had an outstanding issue. Sadly, a death in her family had resulted in a large amount of cassette tapes being left in limbo and she was clearly unsure as to what exactly to do with them. Having read my article she reckoned they might be of interest to me and got in touch.

She mentioned that she might actually bin them altogether, which I felt would be a shame considering what the tapes contained. I suggested that it would be a pity to throw them out and offered to accept them. I figured there was bound to be some good stuff in there and there’s no question that it might even be deemed quite rare.

‘The heady days of Radio 2 are all but memories to many of us in 2021, bar of course a few avid fans who had the presence of mind to stick in a blank Maxell cassette and record some tunes and shows at the time. Anne’s brother Billy, thankfully, was one such person and he has left a rich legacy of broadcast history’

It turned out that her late brother was an avid listener to RTE Radio and certain programmes in particular, resulting in quite an expansive collection. There were shows in the stash featuring broadcasters such as PJ Curtis and Brendan Balfe, dating right back to the late 70’s and early 80’s, so I guessed this wasn’t just any old random pile. I was more than a little intrigued.

Brendan Balfe always seemed to be around when I was growing up and had a distinguished career with the national broadcaster. For many years a familiar voice on the airwaves here in Ireland, having also the distinction of being the first voice heard on the new pop station Radio 2 when it came on air in the spring of 1979. It was an eagerly awaited channel for many of my generation, pretty much starved of pop and rock apart from the good old pirates of course. Mind you, in ’79, the Waterford city stations’ signals didn’t take in Dungarvan, so they were sadly irrelevant to us popsters residing in the West. The heady days of Radio 2 are all but memories to many of us in 2021, bar of course a few avid fans who had the presence of mind to stick in a blank Maxell cassette and record some tunes and shows at the time. Anne’s brother Billy, thankfully, was one such person and he has left a rich legacy of broadcast history in my opinion.

Despite the fact that I had promised my significant other that I would tidy up and pare down my own already bursting at the seams collection, I honestly couldn’t turn down the opportunity to at least grab a listen to some of these tapes. A few days after making contact Anne kindly dropped off a large box wrapped in brown paper for my attention. I hadn’t expected so many. Upon transporting them home, I got round to sitting down, opening up the archive and getting stuck in to what I can only describe as a trip back in time.

Bearing in mind that our focus at home right now is sorting out, cutting down and decluttering, my better half came home early the other day and found me in the throws of delicately and painstakingly cleaning the heads on the old tape machine with some cotton buds in order to listen to my newfound haul. I was also surrounded by these tapes from the box. Caught red-handed! Mercifully she has a sense of humour and while in hindsight it was probably not the best use of my time given our current moving project, she actually just started to laugh at the irony of it all. I had just increased the already burgeoning collection of cassettes in the house. She could also see the ‘kid in the sweetshop’ look on my face and all was forgiven.

When placed in my newly cleaned machine, the tapes, neatly and diligently labelled and dated, sounded fine considering when they were first recorded. Mr. Balfe brought me on a nostalgic journey via his 5 o’clock rock shows through the 50’s and 60’s and dug up some gems I’d never even heard before. Many tunes were way before my time and some, if I’m honest, were not to my taste, but I was still delighted to be able to listen to them all these years down the line. I got a huge kick out of it.

It was obvious to me that Billy gave them the kind of attention only a true music lover would. It struck me what an absolute travesty it would be to have these wonderful radio moments end up in a skip. It will probably take months to go through them all and listen to them in their entirety, but what’s the hurry?

I got back to Anne as I wanted her to know that I was really loving playing her late brother’s beloved music. Pleased, she asked if I’d be interested in receiving more of the tapes she still has stored. How could I turn them down? I believe there’s a smattering of the renowned PJ Curtis broadcasts among them. I promised Anne that I would ensure they got a good home and I will. They’re all coming with me to the new abode.

It’s funny, no matter how many years I’ve been in the radio business, I feel there’s so much I’ve missed out on and moments like this are terrific chances to fill in a few blanks. They say what comes round goes round and you reap what you sow. I suppose if I’m still putting music out there in some shape or form after 40 years, it stands to reason it would come back to me one way or another. It really is the gift that keeps on giving. May it never end and may I never take it for granted.

Thank you Anne. In particular though, a huge thank you to Billy; his music has a new home and is still being listened to and very much appreciated.