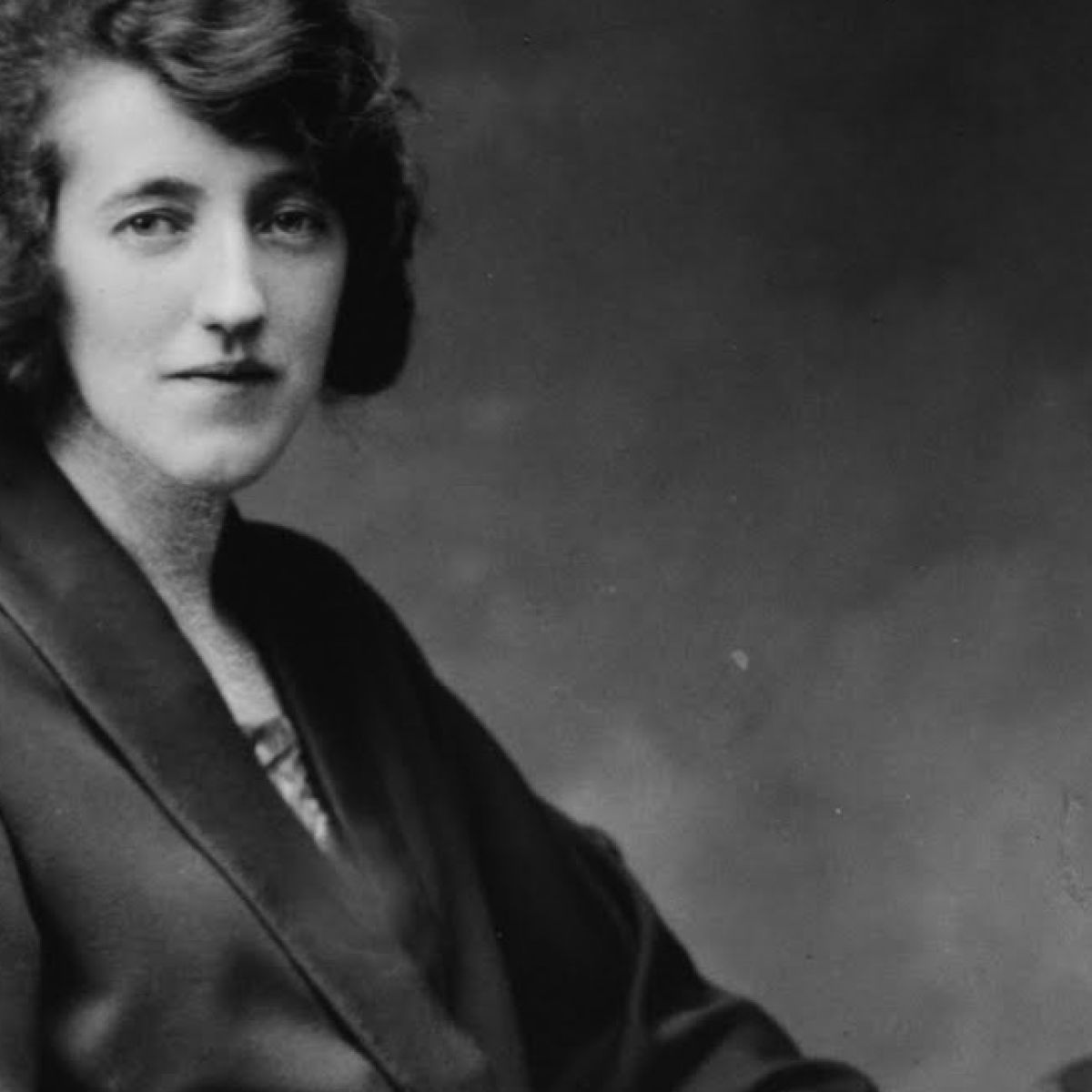 DRAMA studies at WIT Humanities is actively engaged with scholarship on Waterford playwright Teresa Deevy’s legacy in twentieth century Irish drama. Dr Una Kealy from WIT Humanities informs me that there are pre-recorded events online which will be available on Friday.

Then, on February 19th, the live events will take place – these, essentially, are two keynote lectures, one by Ann Shanahan at 2pm and the other by Chris Morash at 3.30pm. Each lasts approx. 50 mins with a short Q&A afterwards. The conference is fully accessible to the deaf community – there will be captioning and Irish Sign Language translators.

Booking: Free tickets must be booked in advance through Eventbrite. Please search for Active Speech: Sharing Scholarship on Teresa Deevy. Registered delegates will receive links to access the pre-recorded and live content.

Teresa Deevy was born on January 21, 1894, in Passage Rd., Waterford. She was the youngest in a family of girls. Her mother was Mary Feehan Deevy and her father was Edward Deevy, of Deevy’s Garage on the Mall, who died when she was only two years old.

‘These followed the plays of W. B. Yeats and Lady Gregory and many believed she would be among those who would take up the mantle as part of a new generation of Irish playwrights. Her plays, written in the early decades of the fledgling state, were often innovative and quietly subversive’

Deevy attended the Ursuline Convent in Waterford and in 1913 enrolled as a trainee teacher in University College Dublin. However, that same year, Deevy became deaf through Ménière’s disease and had to relocate to University College Cork so she could receive treatment in the Cork Ear, Eye, and Throat Hospital. In 1914 she went to London to learn lip-reading where she discovered that attending plays was a great help. When she returned to Ireland in 1919, she began to write plays and contribute articles and stories to the press.

The War of Independence heavily influenced her writing and ideology and she was a great admirer of Constance Markievicz. Teresa joined the Cumann na mBan and her republican and even proto-feminist views can be clearly seen in plays such as Katie Roche and The King of Spain’s Daughter.

When her sister Nell, with whom she had lived in Dublin, died in 1963, Deevy returned to Waterford. She became a familiar figure in Waterford city as she cycled around the city on her ‘High Nelly’. When her health began to fail she was eventually admitted to Maypark Nursing Home in Waterford city and died there in 1963, aged 68, two days before her birthday. 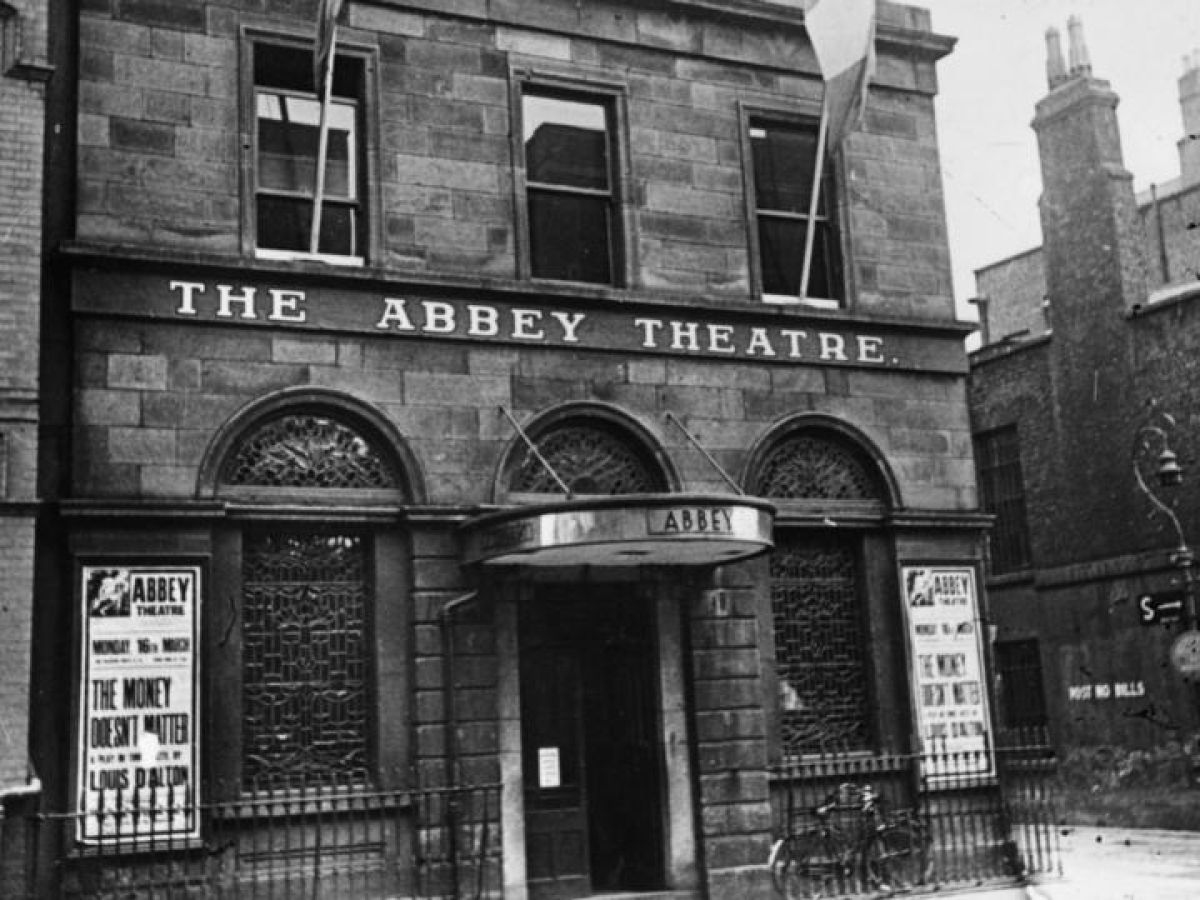 In 1930 Deevy’s first production ‘Reapers’ was staged at the Abbey Theatre. Many more followed in rapid succession, such as In Search of Valour, Temporal Powers, The King of Spain’s Daughter and Katie Roche, her best known work. These plays followed the plays of W. B. Yeats and Lady Gregory and many believed she would be among those who would take up the mantle as part of a new generation of Irish playwrights. Her plays, which were written in the early decades of the fledgling state, were often innovative and quietly subversive.

Feisty women did not sit well with Irish language zealot Earnán de Blaghd who became Managing Director of the Abbey from 1941-67 and her relationship with the theatre soured over the rejection of her play ‘Wife to James Whelan’ in 1937. Blythe frowned on Teresa’s view of the new Ireland. Deevy exposed an Irish world where options for women were severely limited and where women were either trapped by domestic life, loveless marriage or a life of drudgery. She was often critical of the intensely Catholic society she lived in for its oppressive and repressive views on women. She was also critical of the Irish theatre scene and especially of literary censorship, questioning the roles, rights, and power of the censor. She wrote about the women who struggle for survival and the desire for a better life. She also explored the struggles that came with the so-called ‘better life’.

Deevy stopped writing plays for the Abbey and concentrated on radio drama; despite the fact that she had already become deaf before radio had become popular in Ireland in the late 1920s. Deevy’s output was prolific; producing work over twenty years on Radio Éireann and the BBC with adaptations of previous works such as Temporal Powers and Katie Roche and an adaptation of Chekhov’s Polinka. Her play ‘Within a marble city’ was awarded first prize in the Radio Éireann drama competition (1948) and two of her plays were eventually broadcast on television by the BBC.

WIT Humanities welcomes all those who are interested in the life and times of Teresa Deevy. Active Speech takes place online: recorded presentations are available from Friday, February 12, live events will stream from 2pm – 4.30pm GMT on Friday, February 19.

‘Active Speech: Sharing Scholarship on Teresa Deevy’ constitutes the first conference focusing on Deevy’s work and aims to provide a forum to bring together ongoing scholarship analysing her work. Supported by Waterford Institute of Technology and Maynooth University ‘Active Speech’ is open to emerging and established Deevy scholars or anyone with an interest in Irish theatre, deaf studies, literature written by Irish women or Ireland 1910 – 1960. Irish Sign Language translators will interpret the practitioners’ panel discussions, the keynote presentations and the live discussion.

Book tickets: Log on to Eventbrite.ie and search for Active Speech: Sharing Scholarship on Teresa Deevy