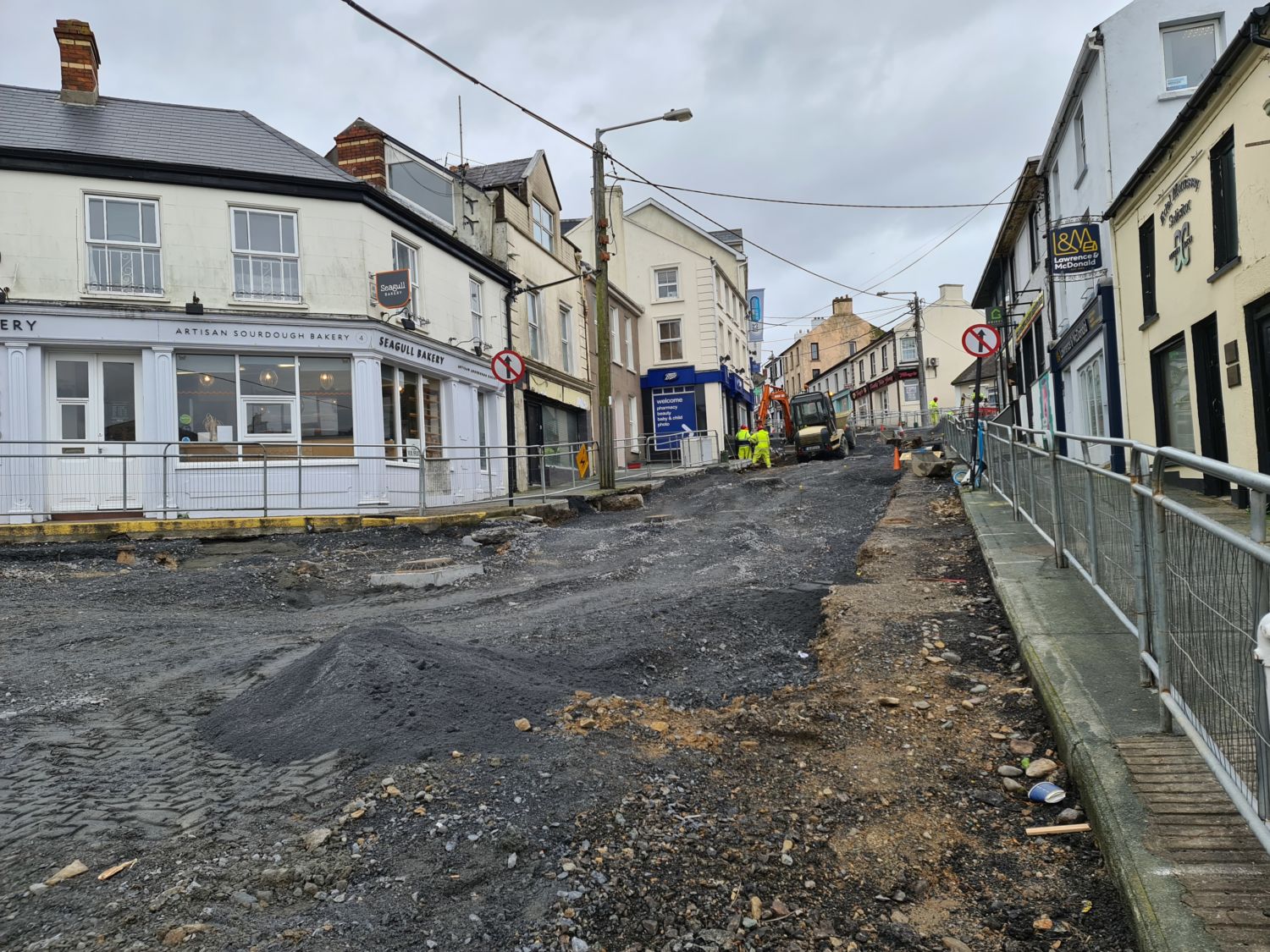 LAST week, Waterford Council announced that Tramore’s public realm works on Main Street would be  extended until at least June 30 to facilitate road resurfacing and mains drainage. This date has now been extended to August 25, meaning Tramore is set to weather a second heavily impacted tourism season.

At the moment, Main Street is closed from Cahill’s downwards, and from now until August 25, the following road closures have been announced: Main Street, Market Street, Strand Street, Broad Street and Queen’s Street.

The uncertainty behind works continuing during the lockdowns saw a temporary halt to roadworks. All six local county councillors applied pressure at the January Metropolitan meeting to have these works recommenced, which they did shortly after.

Last week, local Fine Gael Councillor, Lola O’Sullivan welcomed the recommencement of the works but repeated the concerns which she expressed at January’s Metropolitan District meeting that access for emergency services is restricted.

“There are many residents on Main Street,” she said, “who have a genuine concern about access to their homes to get deliveries and in the event of needing emergency services. I am requesting that the Council and the developer engage with the residents. I also want to raise the concerns of the businesses on Main Street who are working in extremely difficult circumstances.”

The Public Realm works were started last summer with the eventual aim of improving Tramore town centre with a new traffic management system, upgrading of the streetscape and Main Street services, and a new public carpark adjacent to the library.

Works were due to continue until the end of the summer last year, but a pause was announced for the summer period, with the junction at the end of Gallwey’s Hill reopening on Friday, July 3, to facilitate summer trade.

Lower Main Street will be reimagined as a focal point for the town centre, incorporating wider footpaths, prioritised pedestrian access, external seating and stone paving designed to mimic the seaside aspects of sand and wave.

News of the further delays on social media have suggested that the promised land of stone paving and pavillion seating is losing its lustre, particularly if June 30 is pushed out, as many of the other dates have been. In the meantime, two pharmacies, cafés, shops, takeaways, an auctioneer’s and many residents are left to do business in what is effectively an indefinite building site.