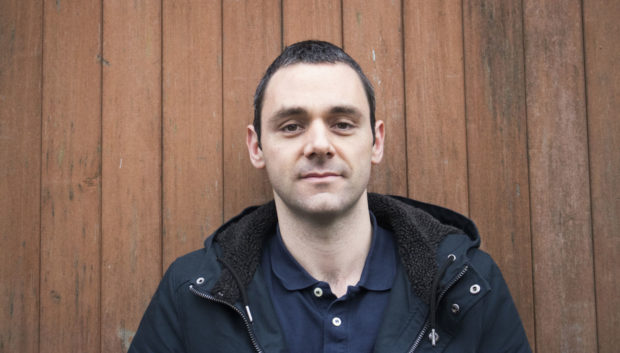 Local musician and academic Shane Barry has taken a closer look into the Irish language so we don’t have to.

WATERFORD native Shane Barry has been gaining national attention recently with his research into Irish language perceptions. A former student of WIT, Shane is now undertaking his PhD in Applied Linguistics in Mary Immaculate College, Limerick, where he also works as a Departmental Assistant. Shane, who is possibly better known for his musical endeavours, has taken the extra time afforded to him during lockdown to publish some of his research on Irish people’s perceptions of their Irish language abilities.

“It seems to be a subject that almost everyone has an opinion on, which is great for a researcher,” Shane said. “My own inabilities in Irish were what sparked my interest. Research has been carried out in other languages, but not on our native language, so I saw an opportunity. The funny part is that people assume I am a native Irish speaker because I’m researching an Irish language phenomenon. Like most people, I nearly freeze up when someone introduces or greets me in Irish – there’s a level of guilt on my part as I would be confident in using French or Spanish, but not our native language.”

Barry was granted access to a civil service department to carry out interviews on staff with varying levels of Irish ability, to determine how Irish language beliefs differ from actual ability.

“I found some unexpected results,” he said. “Staff who had received their entire secondary education through Irish were reluctant to say that they had basic conversational Irish and were surprised when they successfully used the language and were understood. Other staff, who claimed to have no ability ended up using the ‘cupla focal’ during the interviews and by the end were reconsidering their perceptions as their confidence increased.”

Barry believes that the findings from his study may not just be a civil service phenomenon.

“If you look at the time we spend in an Irish class over 14 years or so, I find it hard to believe that we come away from over 2,000 hours of tuition with no Irish at all,” he continued. “Studies on the other languages have shown that aspects of that language can remain for up to 50 years of non-use – it’s just a case of reactivating it.”

“Every five years we’re asked if we speak Irish or not… then that’s it for another five years,” he said. “Language is not only about speaking – other skills such as reading or listening are not even considered by the State when measuring Irish ability. A lot of people judge their abilities against an idealised vision of an Irish speaker, yet the same self-comparison is less likely to occur with people that have studied French or German.”

The emotive relationship with Irish, according to Barry, goes back to our school days.

“Most of the people I interview talk about their experiences in school, where there was little constructive feedback compared with other languages,” he said. “Students made mistakes, received no information on how to improve, and went on to make the same mistakes again, creating a cycle. This is what is likely to cause so much negativity with the language. The only way to alter your beliefs on whether you can use a language or not, is to start small. Can you understand news headlines on TG4? Can you describe the weather? Can you understand a simple application form in Irish? Once people recognise what knowledge they already have, then they can build confidence in accessing the other parts of the language that are buried in our memory.”

While Shane’s research into this phenomenon continues, his recent publication is available here