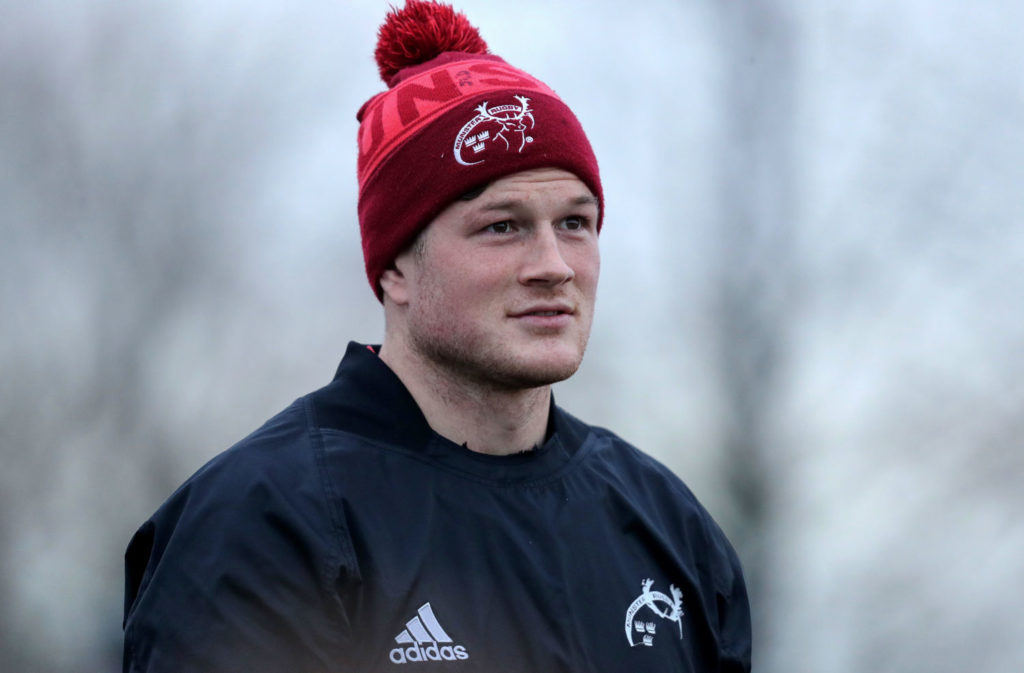 Waterford’s Jack O’Donoghue has today committed to Munster Rugby for a further two years by signing a new deal.
The Woodstown man is one of eight senior players committing their futures to Munster Rugby and all are products of the provincial pathway.
Back-row forward O’Donoghue has made 130 appearances in red and won the Academy Player of the Year in 2015. The recently turned 27-year-old became the first Waterford player to captain the province in the professional era when leading the side out against Cardiff Blues in February 2018. He has represented Ireland on two occasions.

Also signing on today were, brothers Niall and Rory Scannell, Craig Casey, Shane Daly and Calvin Nash have all signed two-year extensions while Liam Coombes and Alex McHenry have put pen to paper on one-year deals.

Centre Rory Scannell has played for Munster on 138 occasions and has three Ireland caps. The 27-year-old became the first player to win both Munster Academy and Young Player of the Year for his impressive performances during the 2015/16 season.

Hooker Niall Scannell made his Munster debut in December 2013 and has made 110 appearances to-date, scoring a try in the recent victory against Benetton. On the international front the 28-year-old has earned 20 Ireland caps.

Shane Daly has taken his opportunities since joining the senior squad at the beginning of the 2019/20 season. Playing on the wing or at full-back the 24-year-old has scored five tries in 24 appearances.
He was named Young Player of the Year last season and went on to make his Ireland debut in the Autumn Nations Cup against Georgia in November.

Casey is another player who continues to impress after making the step up to the senior squad ahead of the 2019/20 season with the 21-year-old earning a deserved call-up to Ireland’s 2021 Six Nations squad. Named 2018/19 Academy Player of the Year, the scrum-half has made 21 appearances in red, scoring two tries.

23-year-old Nash made his Munster debut in February 2017 and has made 26 appearances for the province, scoring six tries. This season the speedy winger has featured on five occasions to-date, playing the full eighty on each occasion.

Winger Liam Coombes made the step up to the senior squad at the start of the season. The 23-year-old has six caps since making his impressive try-scoring debut against Cheetahs in Bloemfontein in November 2018.

Alex McHenry also progressed to the senior squad at the beginning of the season. The 23-year-old centre has made two appearances with his first start coming against Edinburgh in October.

Commenting on the first contract news of the season, Head Coach Johann van Graan said, “We are delighted to be in this position, confirming player contracts for the season ahead.
“The calibre of this initial player group is a huge positive with the province retaining the services of experienced, quality players while also securing the futures of up-and-coming talent. It’s further reward for the clubs, schools and volunteers that have invested time and effort into the development of these players.”
Munster are back in PRO14 action on Saturday night when they take on Ediburgh at Murrayfield at 7.35pm.