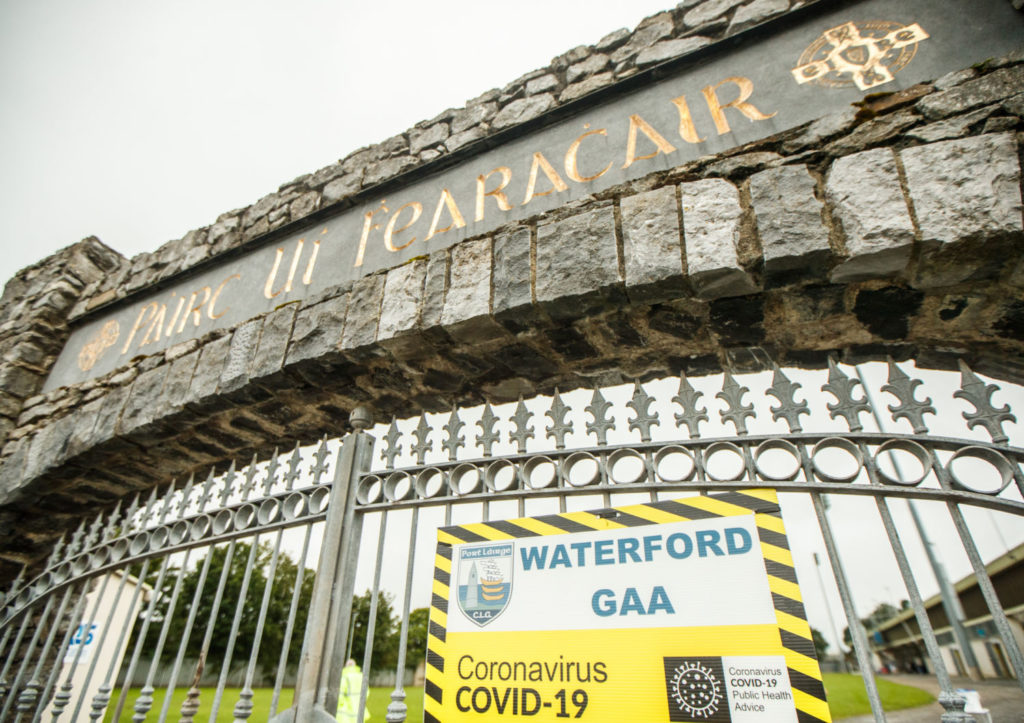 Fraher Field, like all club and county GAA grounds will remain closed for the unforeseeable future. Photo: Inpho.

Last week’s decision by the Government to downgrade GAA Inter-County competitions from their list of ‘Elite Sports’ exemptions came as a hammer blow, not just to those involved with county panels, male and female throughout the organisation but the thousands of players in the various codes at club level whose participation in the coming months will be seriously impacted by the decision.
At this point in time it is difficult to see the rationale in the Government’s decision. Since the Level Five lockdown, rugby, at Interprovincial and now International level, has enjoyed its ‘Elite’ status with travel and quarantine restrictions waived as teams travel to and from Scotland and Wales for games. All teams, despite their ‘bubbles’ have experienced some Covid interventions since the start of the year.
While League of Ireland sides are currently training for the start of the League on March 19th, the GAA had banned all inter county team training with the intention of lifting the ban on March 1st in anticipation of being able to commence the National Leagues on the week ending of April 4th.

LIFTED THE SPIRITS
All through last year’s club and inter county campaigns, played during various stages of lockdowns, the GAA adhered rigidly to all Covid related restrictions with as many competitions as possible completed with televised inter county games and live streamed club games, in all counties, lifting the spirits of hundreds of thousands of people throughout the country in what are very difficult times for all. With the lockdown currently, if slowly, bringing the new case numbers down and the vaccines coming on stream, hopes were high of some return to on field activity along the lines of the restrictions pertaining from July last on to the end of last year. That will not now happen as hoped.
While awaiting publication of the expected Government ‘Living With Covid’ plan the GAA will remain in lockdown on all fronts as outlined in a letter to all clubs issued following the discussions with Government officials at which it was confirmed that the Elite status was withdrawn from inter county teams. A letter from Croke Park to the clubs outlined the position taken.
“It is the view of the GAA’s Covid Advisory group that no on-field activity will be permitted, training or games, until Easter at the earliest. In the interim it is expected that the Government will publish an updated ‘Living with COVID plan and we expect that this will provide clarity on when clubs and counties are likely to be allowed return to training and games in 2021. It should also provide clarity on when other off-field club activities can resume. It is clear that this extended delay to the return of the intercounty season will have a knock-on effect for both the intercounty and club games programmes originally planned for 2021.”
The letter goes on to say that the Masters Fixtures Programme set out at the start of the year will have to be looked at again but no definitive decisions will be taken until it is clear what restrictions will be in place at various points in the year ahead. 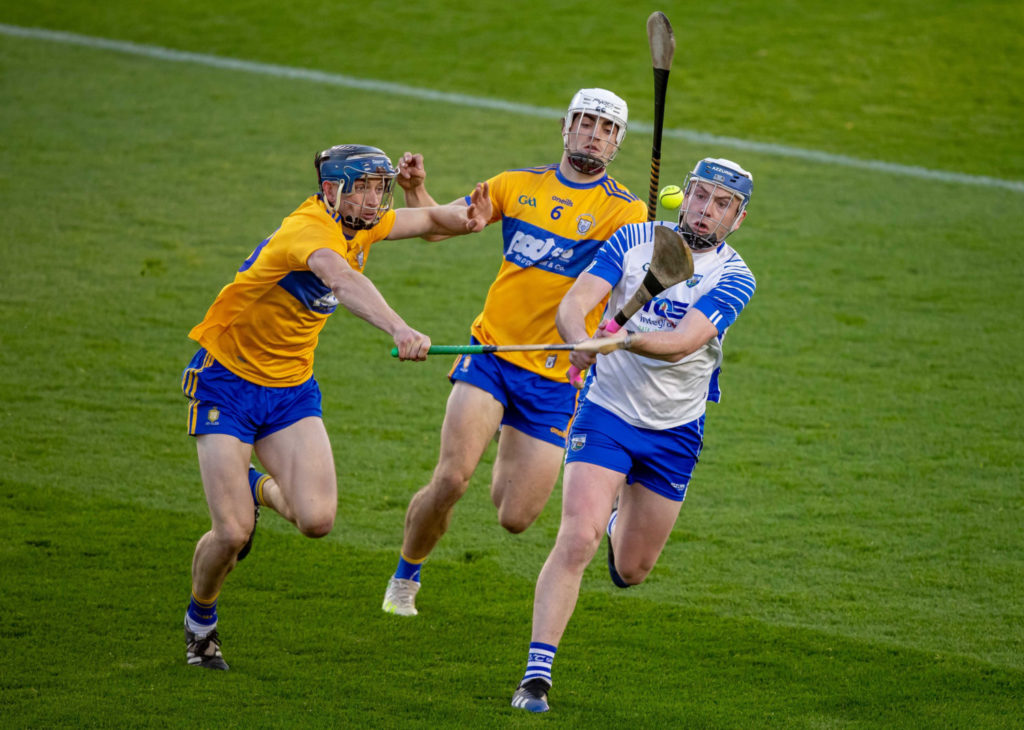 Stephen Bennett in action in Waterford’s win over Clare in Cork in 2020. There’s no doubt that the inter-county championships lifted the spirits of all sports fans.

LEAGUE NOT VIABLE
With inter-county team training now on hold until Easter it can be taken that the National Leagues will not get under way until the end of April at the earliest. The idea of proceeding with the National Hurling League under the present format of two six team groups in Division 1 so close to the start of the championship does not now look viable. With twelve Division 1 teams it is possible that the CCCC could opt for a system in line with Waterford’s Senior Championship format last year that saw the competition divided into four groups of three or even devise a format consisting of three groups of four. Another alternative would be to scrap the League altogether and run the provincial championships on a league system starting in May and finishing by the end of July to facilitate the start of club championships in line with the original schedule.

JUVENILES MOST AFFECTED
With everyone looking at how all of this is impacting on the inter-county scene sight should not be lost of the fact that those most affected by the current shutdown are the juveniles who are shut out from their club facilities and, apart from having no interaction with their schoolmates, miss their friends on the sports grounds.
Until such time as the road ahead on the intercounty front is clearer it is unlikely that the Waterford County Board will make any decision on the formats for the coming championship year. The Covid infection figures over the next few weeks will dictate just how the sporting landscape ahead will lie for the GAA.