Ian Keohan on being the Alpha in your own life

“KNOWING that I am helping others to reach their goals is the best feeling in the world, it’s why I do what I do in Alpha Fitness. Even the very idea of setting goals and working towards them is so important for everyone, myself included.” 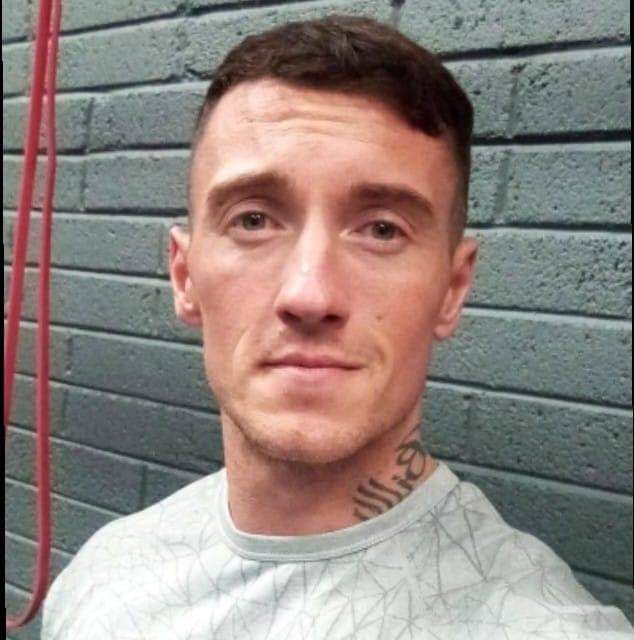 Helping others to reach their goals is a very personal undertaking for Ian Keohan. In Alpha Fitness, he offers his clients physical, nutritional and often emotional support as they navigate their individual fitness journeys. However, also in Alpha Fitness, the roles reverse as it is his clients who help Ian continue to reach for his own success.

“The primary reason people come to me is not for weight loss, or for any definite goal like a six-pack. People come to me because they aren’t happy in themselves, it’s primarily a self-confidence thing and I always think if you can be happy, truly happy in the skin you are in, then you can do anything and be anyone. All of this unrealistic social media projection about women with big arses and six packs is damaging to people.”

As an only child in a family of three, Ian Keohan (28) remembers his childhood as being dominated by love and a fondness for school. Attending the Gaelscoil national school near his home in Williamstown, Ian progressed to De La Salle college for secondary school. Making the move from a small Irish-speaking rural national school to the much larger De La Salle college in the city was a daunting undertaking for a very meek Ian.

“I was this quiet little fella and I definitely remember feeling intimidated when I first started in De La Salle. You know, I liked school though and I was good at it. I didn’t always listen as much as I should have but I was getting very good grades up to third year or so.”

Once Ian reached 17 years of age, or perhaps a little earlier, he realised that things were starting to change, his circle of friends was changing and his relationship with school was beginning to become negative.

“I started messing a bit more, I suppose I went down the wrong road with the wrong guys. As big as the school is, I definitely wasn’t anonymous in there, I was very well known and eventually I was expelled from De La Salle. You don’t see the warning signs or red flags at that age at all, no matter who warns you.”

That wrong road for Ian involved drug and alcohol abuse. When Ian transferred to St. Paul’s Community College after De La Salle for two years, he made a conscious decision to succeed in his Leaving Certificate.

“It wasn’t until about three years later, having got my Leaving Certificate that I looked back and properly realised what a sticky situation I had been in. I knew in the background of all my madness and my messing that I needed the Leaving Cert in the future.”

This decision proved to be the most important decision Ian made, as the lifestyle he was living spiralled out of control, and Ian found himself in a place that was incredibly difficult to emerge from.

The struggle with addiction

“I ended up with really bad, addictive issues, I was seeing psychiatrists and counsellors, I was taking anti-depressants, I was suicidal. It was a difficult time for me and for my family, and they were watching me every night out of worry. This went on for about three years and just before things spiralled, something in me knew how important it was to get my Leaving Cert.”

Today, Ian has the ability to look back in an almost disconnected manner at the person he was, not quite believing that his life took such a sharp turn into somewhere so dark. With mental health services under so much pressure due to a demand for appointments, and with the suicide rate at a high national level, there is never a time when Ian doesn’t feel grateful, thinking there was a time when he could have become part of those statistics.

“What happened to me and the decisions that I made were all gradual. I knew what was happening but it felt like I was on this slippery road and no matter what I did, I couldn’t seem to get a grip of it or get out of it.

“I was suffering from depression, to mask that I was drinking to mask the pain or I was taking drugs. This, of course, only led to further depression. It was self-inflicted but at the time you honestly believe it’s providing temporary relief because for a small amount of time you feel good. In hindsight, and what I now see, is that it makes it 10 times worse.”

During the course of our conversation, I had to ask Ian how he came out of such a toxic situation and his response was, “It was either do it, or die.”

Deciding that he didn’t want to die, the alternative was to ‘do it’, to find a way off the slippery road, and gradually that is what Ian did.

“I took responsibility for my own life and my own decisions and, most importantly, for me, I stopped blaming other people. I wanted to change, but really what I was saying was that I wanted to be me, the me I was supposed to be without all the other stuff.”

The importance of routine

The man he is today is testament to that decision to take responsibility for his life. From getting up at 5am every single morning to have a glass of water before exercise, to starting the day with a book and work, Ian has found happiness through successful discipline.

“I don’t smoke, I don’t drink, nobody lives perfectly but having seen the other side of life, I do everything I can to keep a routine going for myself because I know that’s where I’m happiest. With that in mind, I started bodybuilder and I found something that I could commit to and be dedicated to. When I came out of recovery, that kept me focused.”

Ian’s dedication to routine and the achievement of goals was visible in St. Paul’s when he persevered to achieve his Leaving Certificate because it was that decision that allowed him to study in the University of Limerick where he qualified in Health and Exercise. The seeds were being sown for Alpha Fitness.

“This was by no means a dream I always had but when I had it, and I saw the potential for change, it was something I had to have. Through fitness, you move at your own pace and you undertake it for your own personal reasons but the end goal is the same, personal happiness. Where I’ve been has given me a hard-earned experience and perspective, I never regret that learning experience because I share all that I have learned with anyone who might need to hear it.”

Despite opening Alpha Fitness in the Carrickphierish Business Park at the beginning of a global pandemic, Ian’s online business is thriving and he goes to work every single day preparing for doors re-opening.

“What is happiness? It’s family and it’s loved ones. If you are surrounded with wonderful people and you are happy in your own head and skin, you have it all.” 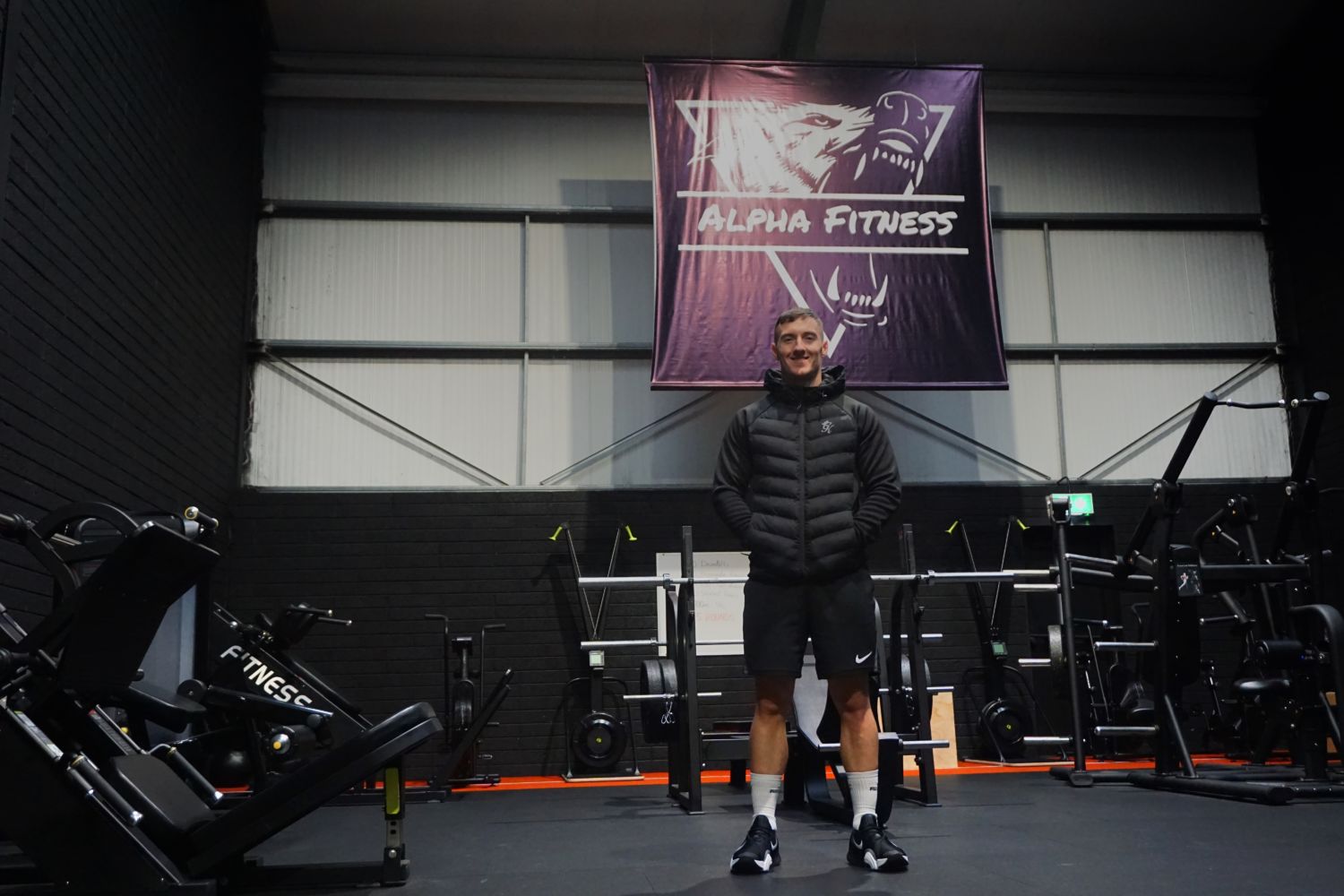 Justin Bieber robs a bank in music video for Hold On