FOLLOWING a turbulent week in Waterford’s political scene, the policy of the continuing sale of Council owned houses to private companies has seen Councillors split into two camps. Divided into two groups are those proposing the continuing of the policy as it stands, lead by Sinn Féin and those looking to amend the disposal of properties lead by Fianna Fáil. Fianna Fáil has called on David Cullinane, Sinn Féin T.D to clarify Sinn Féin’s position. 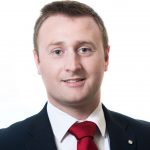 “Sinn Fein’s position has come unstuck here in record time.” said local Fianna Fáil Councillor, Eamon Quinlan. “Sinn Féin’s position, where ever they got it from, as espoused by SF Cllr McGuinness was that there wasn’t enough money from the Department of Housing to cover the refurbishment of these homes so we had to flog them to companies. It has now been clarified by the Department of Housing to Waterford’s Senator Cummins that the Council never sought funding to refurbish these homes and that funding would have been forthcoming. In a stroke Sinn Fein’s entire rationale for proposing the

continuing sale of publicly owned homes to private interests has completely fallen apart. I would ask Sinn Fein to join us in prioritising either the refurbishment of these houses directly or let lower income families with Council mortgages turn them into a home. ” 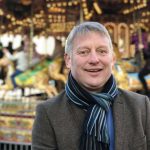 Fianna Fáíl’s Cllr Jason Murphy echoed this view, saying “These are strange times indeed where I and other Councillors of all stripes, those in Labour, Independents, Fine Gael etc are appealing to Sinn Féin to stop this being a developer focused initiative. I mean what ordinary family is going to be able to out purchase a private company? Come off it! We are not advocating throwing the baby out with the bathwater, we still want to compulsorily purchase houses to clean up estates but as I have said, sold homes to developers are often left idle for long periods of time so it does nothing for the community. If it’s a private development then sure but they shouldn’t be cracking into our public stock to practice speculation especially when we have not near enough houses for people the Council genuinely owes a house to.” 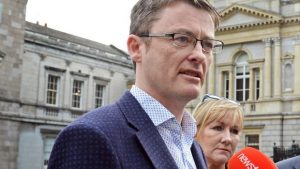 “It’s very unhelpful at this time to have this childish game-playing. Fianna Fáil and Fine Gael are the ones in power, in fact the Vacant Home Action Plan was a Fine Gael initiative to bring long-term properties back into use. One of these methods was to CPO properties and Waterford was one of the few local authorities to do this. 20 homes have been renovated where funding was provided, and it’s my understanding that where Council stock is re-entered into the private market, the properties are in such a poor state that it’s not viable to renovate them. That particular house in St. Herblain Park should never have been left derelict for so long, especially with the nearby residents in mind. Attacking Sinn Féin for asking for this to be done is just game-playing and trading insults is unacceptable. If Fianna Fáil and Fine Gael can give a guarantee that their Department would fund all homes in the public sector, then I would lend my full support to that. Delivering funding is the responsibility of their department and their minister, I don’t know why they are looking to Sinn Féin. If they can’t achieve this on their own with their own Ministers, I would be happy to do what I can to help.”

Rationale behind Sinn Féin’s vote
Sinn Féin’s Cllr. Conor McGuinness, weighed in on the argument, and stated that the Sinn Féin Council group focuses on delivering home, not playing politics with the issue. 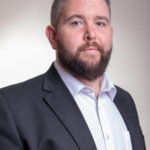 “Would Fianna Fáil prefer the house remain empty and falling into dereliction? They have some neck to lecture Sinn Féin, or anyone, about housing, public ownership, or the disposal of land. If this disposal hadn’t been approved, the property would remain as a derelict shell. Waterford Council didn’t make an application under the Buy and Renew scheme for this particular house due to the estimated cost and scale of works required to make it fit for habitation. This scheme is not workable for complex properties such as 46 St. Herblain Park. This was clearly explained to all Councillors.”
McGuinness criticised what he called the “cosy relationship” between Fianna Fáil and national property developers in the 00’s amid the housing crisis.
“It was Fianna Fáil that stopped building social housing in an effort to further inflate house prices. Fianna Fáil propped up Fine Gael as the housing crisis spiralled and were quick to jettison their manifesto promises on housing just one year ago. Fianna Fáil are grappling for anything to make themselves appear relevant. They are desperate to attack Sinn Féin and to deflect from their failures on housing.”

“We’re not looking to blow up the whole land disposal system.”-FF
West Waterford’s Fianna Fail Councillor Tom Cronin was quick to point out “We do land disposals all the time. This is the normal clean up stuff and hence why we are not looking to blow up the whole land disposal system. We have just recognised that the sale of publicly owned houses here are sneaking into the land disposals portion of our meetings. This is naturally difficult so long as Sinn Fein is at odds with us over this. Sinn Fein’s Cllr McGuiness is their leader on the Council so I don’t know if he is setting the pace for their other Councillors who might privately have reservations over this daft policy they have taken. Therefore it serves everyone better if instead of a Sinn Féin civil war breaking out over this issue, Deputy Cullinane shows leadership by instructing Sinn Fein Councillors to stop proposing flogging public assets to private interests and jump on the Fianna Fáil bandwagon here. We promise to be nice to them if they do, as we only want to see local families get a crack at local houses..”