Taoiseach to address nation after ‘Living with Covid’ plan is announced 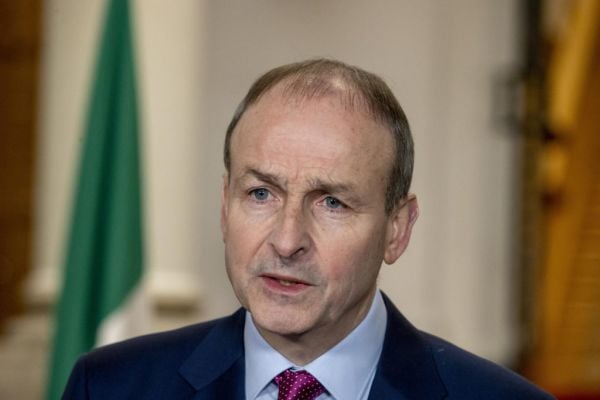 Taoiseach Micheál Martin will give a live address to the nation after 6pm when the Government’s revised Living with Covid plan has been announced.

The reopening of schools will be the centrepiece of the revamped plan, according to reports in The Irish Times.

Mr Martin will also give an update on the vaccination priority list, with a few changes expected to be made.

In-person teaching will partially resume on March 1st, with junior and senior infants returning along with first and second class in primary school. In secondary school, Leaving Certificate classes will return.

Childcare will also resume on a phased basis beginning with the State’s Early Childhood Care and Education (ECCE) preschool scheme on March 8th.

The next date in the plan is March 15th when the rest of primary school classes will return. In secondary school, fifth years will return.

After the Easter holidays, on April 12th, all remaining secondary school students below fifth year will return.

The current restrictions will be extended to April 5th, when there will be a review looking at the potential for easing measures.

Despite hopes that certain social and economic activities could face some limited relaxations, sources told The Irish Times on Monday night that high levels of disease and the priority of resuming education would likely limit room for manoeuvre elsewhere.

The construction sector will likely remain substantially closed aside from current exemptions, despite a last-minute push to allow work on private individual house completions.

The Government is likely to back away from plans to allow some easing of outdoor restrictions, including non-contact training and socially distanced meetings.

Until last week, Ministers were actively discussing the limited resumption of such activity from early April. Continuing high case numbers and pressure on hospitals now means it is unlikely to be considered until after Easter.

Each step in the reopening plan will be followed by a break to assess the impact of resuming activities.

On Claire Byrne Live on RTÉ on Monday night, Minister for Health Stephen Donnelly said he could not confirm which classes would go back to school and when.

The Cabinet sub-committee had already approved the school reopening plan prior to his interview.

He then moved to clarify his comments on school reopening shortly after midnight in a tweet.

Clarification re return of schools – Meetings with the teaching unions concluded early this afternoon. Government intends making an announcement after Cabinet in line with plans as already outlined.

He said his understanding was the National Public Health Emergency Team (Nphet) advice that was given to him applied to junior and senior infants only, and that talks were ongoing.

A spokesman for Mr Donnelly told The Irish Times that the Minister misspoke during the show.

“The Minister misspoke – he was advised before going on air that union officials were going back to their executives with the proposals and understood this to be that the process was not complete.”

Sinn Féin’s David Cullinane said there was a lot of “anger and frustration” among the public over the Government’s messaging about the plans.

“We’re picking that up from people who are very upset and angry over the Government’s handling of this over the last number of weeks,” Mr Cullinane added.

“The mixed messages, the contradictions from Government ministers, the leaks and all of these issues. There’s no sense of any real leadership, no sense of a cohesive plan,” he said.

People Before Profit TD Richard Boyd Barrett said there had been a “shambolic handling” of proposals to reopen schools, describing them as “dangerously defective”.

He said the plans threatened to undermine the effort made during lockdown.

“Cases last week down 8% on the week before, under 700 in hospital this morning,” he tweeted.

“Importantly the number of symptomatic cases is falling, while we see more asymptomatic and contacts.

“It’s really hard, but we have to keep going.”