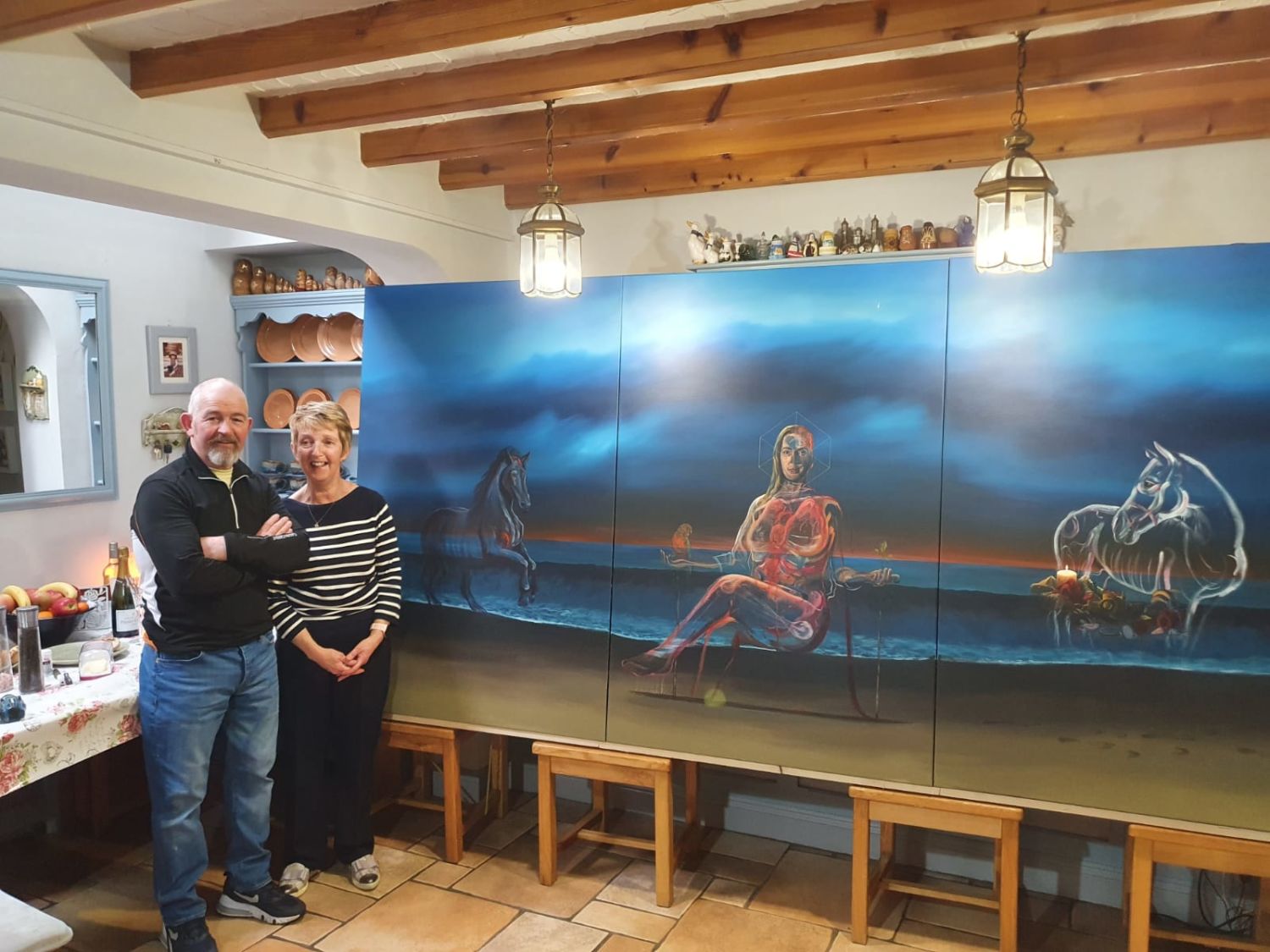 THE return of a portrait of Cervical cancer campaigner Vicky Phelan, which sold at auction for €46,500, to her home village on Friday was a symbolic gesture on behalf of the artwork’s new owner.

The three-piece portrait painted by artist Vincent Devine, which represents aspects of Ms Phelan’s past, present and future, went to auction at the Sheppard’s Auction House in Laois on February 4 via livestream, with proceeds going to Heroes Aid.

The striking painting was purchased by Vicky’s lifelong friend and fellow Mooncoin native David Brennan, who has plans for a nationwide tour for the artwork. 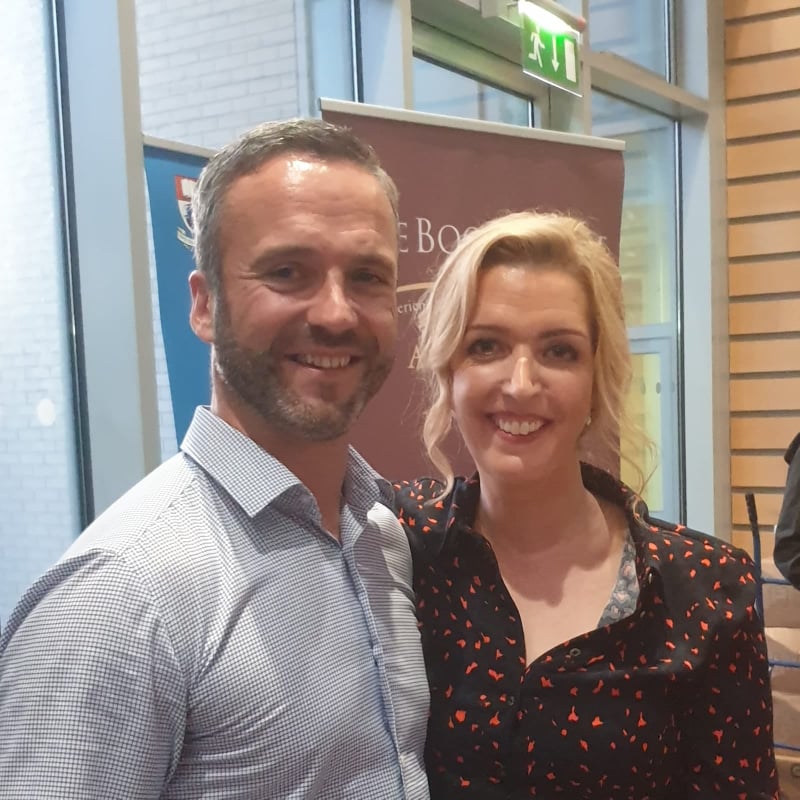 Speaking to the Waterford News & Star, the Managing Director at Eastgate Engineering, which has offices in Waterford city, said it was meaningful for him to be the one to return the portrait to Vicky’s parents John and Gaby in the house that she grew up in Mooncoin.

It was when the portrait was unveiled on the Late Late Show last month, that David and his wife Alicia both turned to each other and agreed they had to bring it home.

For David the purchase was personal. “I know Vicky for so long, and I grew up in the Kelly household. After seeing the painting and the insight it had into Vicky’s past it brought me back to the time that she was involved in the accident in France. For me, that is still a very vivid memory in my mind even though I was only about 14 at the time.”

David said there’s so much insight into Vicky’s past, present and future contained in the artwork. “It isn’t just a painting, it is something greater. It can tell a story for generations to come.”

On the day of the auction David faced competing bids from five telephone bidders and a huge amount of online interest. Bidding started at €15,000, and David recalled how he almost lost the painting to an online competitor from London. “We almost lost it out of the country,” he said.

The gavel finally came down at €46,500, but with the inclusion of fees the figure was closer to €58,000. “I really thought that it was going to go for a lot more. It did start off high before the first bid and went up from there. It stayed within the price range that we had budgeted for, and thankfully it ended there.” The auctioneer, who was aware of the personal connection between Mr Brennan and the Kelly family, was overcome by emotion when announcing the good news.

In the meantime, Vicky remained unaware that David was the successful bidder. “I was in contact with Vicky in the days prior to the auction, but I never told her that I was bidding on the painting until that morning… Once the auction finished she was the first person I called. She couldn’t believe it, and was just blown away.” Both Vicky and David share the vision that the painting will continue Vicky’s legacy, raise awareness and inspire young women to continue to have regular smear tests and also raise funds for charity.

It is hoped that the inaugural public display of the portrait will be in the Parish Hall in Mooncoin. Going forward it is planned to bring the artwork to universities and colleges for educational purposes, and to put it on display in galleries for more charitable events on a ticketed basis.

“We would hope that these ticketed events will continue to raise funds for charity going forward,” he said.

Vicky’s proud parents John and Gaby Kelly had been waiting in anticipation for the arrival of the painting to Mooncoin on Friday, with John having constructed a special display frame to house it.

Vicky was equally excited, and couldn’t wait for photographs to be sent to her in Maryland, where is she currently undergoing an experimental cancer treatment as part of a clinical trial in a bid to keep her terminal cancer diagnosis at bay.

With the support of great friends in her temporary home Vicky has recovered enough from a bout of recent side effects to enjoy a shepherd’s pie. It is anticipated that Vicky will be resident in the US for six months as she continues with her on going treatment.

Should the Covid-19 restrictions be lifted by the time Vicky returns to Ireland, David said it would be an ideal time for a proper homecoming for both campaigner and the portrait.