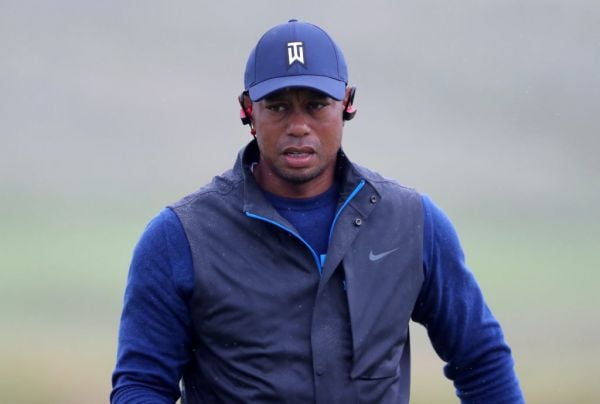 Tiger Woods is undergoing surgery on leg injuries after being cut from his car following an accident in Los Angeles, officials have confirmed.

Fire crews had to use “jaws of life” cutting equipment to remove Woods from the wreckage of the vehicle after it rolled over and suffered “major damage”.

The 15-time major winner was taken to a local hospital by ambulance having suffered “multiple leg injuries”, according to his manager Mark Steinberg.

This morning @LMTLASD responded to a roll-over collision in which @TigerWoods was injured. Please see our statement… pic.twitter.com/cSWOxKZC1w

A statement from the Los Angeles County Sheriff’s Department read: “On February 23, 2021, at approximately 7:12 AM, LASD responded to a single vehicle roll-over traffic collision on the border of Rolling Hills Estates and Rancho Palos Verdes.

“The vehicle was traveling northbound on Hawthorne Boulevard, at Blackhorse Road, when it crashed. The vehicle sustained major damage.

“The driver and sole occupant was identified as PGA golfer Eldrick ‘Tiger’ Woods. Mr Woods was extricated from the wreck with the ‘jaws of life’ by Los Angeles County firefighters and paramedics, then transported to a local hospital by ambulance for his injuries.

“The traffic investigation is being conducted by investigators from LASD Lomita Station.”

“Tiger Woods was in a single-car accident this morning in California where he suffered multiple leg injuries,” he told Golf Digest. “He is currently in surgery and we thank you for your privacy and support.”

Speaking at a press conference ahead of the WGC-Workday Championship, an emotional Justin Thomas expressed his concern for Woods and his two children, Sam and Charlie.

“I’m sick to my stomach,” Thomas said. “You know, it hurts to see one of your… now one of my closest friends get in an accident.

“Man, I just hope he’s all right. Just worry for his kids, you know. I’m sure they’re struggling.”

A KABC-TV helicopter over the scene of Woods’ accident showed a car on its side with the front end heavily damaged. Air bags appeared to be deployed. The wreckage appeared to be just off the side of a road on a hillside.

Woods was in Los Angeles over the weekend as the tournament host of the Genesis Invitational at Riviera, where he presented the trophy.

He was to spend Monday and Tuesday filming with Discovery-owned GOLFTV, with whom he has an endorsement contract. One tweet on Monday showed him in a cart smiling with David Spade.

According to Golf Digest, also owned by Discovery, the TV shoot was on-course lessons to celebrities, such as Spade and Dwyane Wade. He did not play.

The 15-time major champion last played on December 20th in the PNC Championship with his 11-year-old son, Charlie.

He had a fifth surgery on his back, a microdiscectomy, two days before Christmas and gave no indication when he would return.