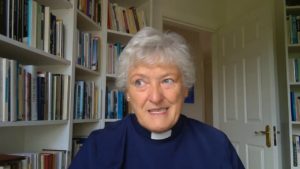 TWO Waterford faith leaders have signed a statement condemning the persecution of the Uighurs and other Muslims in China.

Mother Marie Fahy, abbess at St Mary’s Abbey at Glencairn, Co Waterford, and Dean of Waterford Maria Jansson signed the statement and were among 50 Irish religious leaders to do so.

The statement from the group of religious leaders was published in the Irish Times and was shared widely on social media, with one Twitter user saying: “Great to see. It would be even better if our political leaders found their voice on this issue.”

Another Twitter user posted: “Finally, some Irish recognition of the plight of the Uighur people under Chinese control and oppression.”

The faith leaders in Waterford and around the country joined with their counterparts in Britain and elsewhere in, “affirming human dignity for all by highlighting one of the most egregious human tragedies since the Holocaust: the potential genocide of the Uighurs and other Muslims in China.”

They said they had “seen many persecutions and mass atrocities. These need our attention. But there is one that, if allowed to continue with impunity, calls into question most seriously the willingness of the international community to defend universal human rights for everyone – the plight of the Uighurs”.
The statement concluded that there was a “simple call for justice, to investigate these crimes, hold those responsible to account and establish a path towards the restoration of human dignity”.