Talk of a stand alone university is ‘futile’ 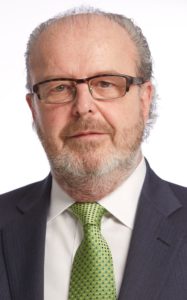 FOLLOWING a meeting with Waterford Oireachtas members and a selection of its members, Waterford Chamber has reconfirmed its commitment to the process of securing a Technological University of the South East.

During the two-hour meeting, the elected officials heard from business representatives from various sectors and were also afforded the opportunity to address the concerns raised.

According to Gerald Hurley, CEO of Waterford Chamber, what was clear from the robust discussion was the “desire to get the Technological University over the line and to move forward to the application stage now with a renewed sense of positivity”.

“Our Oireachtas members were very clear on a number of things, mainly that talk of a stand alone university was futile. The only option on the table is a regional Technological University and our efforts have to go into achieving this with the best possible outcome for Waterford,” Mr Hurley said.“What is encouraging is that the expected political point scoring has been parked on this issue. All of our Oireachtas members are united in their desire to deliver a Technological University for Waterford and are collectively and independently making representation to Government. We now need to trust in the process and send a message to Government that Waterford confirms its support for the TU as outlined in Project Ireland 2040 and the Regional & Economic Spatial Strategy.”

Over the past number of months Waterford Chamber has had frequent correspondence and meetings with Minister Harris and, last week, he wrote to them to clarify a number of points they had addressed.

“I want to see the footprint in Waterford expanded and capital will be forthcoming to facilitate that. Normal business plans and appraisal processes need to be gone through,” Minister Harris said. “This is an opportunity to significantly expand the footprint in Waterford. That will include more students and investment, and a wider availability of courses. That is what I want to see for Waterford and the new technological university for the South East.’

In the coming weeks there will be a vote of staff in both institutes to ascertain their support for the merger and if that is passed, WIT and IT Carlow will then submit an application on March 28. That will go to an international panel who will assess the metrics. If they approve the application, it will then be up to the Government to designate the institutes as a Technological University commencing January 1.