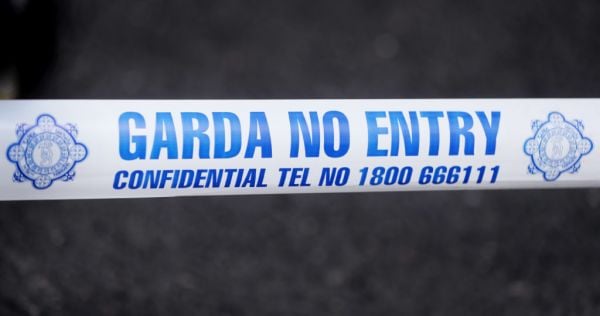 Gardaí investigating the discovery of skeletal remains in east Cork are exploring the possibility that the body of the older woman may have been illegally exhumed and dumped.

The Irish Times reports that gardaí have found indicators close to where the body was found, buried in a metre high mound of earth and rubbish, that the remains may not be of a missing person but of someone previously buried in a cemetery.

Gardaí confirmed this morning that the skeletal remains are those of a woman in her seventies.

The discoveries prompting gardaí towards this recent line of inquiry include coffin handles, along with a type of crucifix that is either attached to the lid of a coffin or placed in a deceased person’s hands.

The Irish Times has learnt that gardaí have spoken to undertakers in the east Cork area to see if they were aware of any family circumstances that might have caused someone to exhume a body.

On Monday afternoon, gardaí said they were treating as “suspicious” the discovery of the skeletal remains of a female pensioner in undergrowth on an abandoned railway line last month.

It is understood that the body lay undiscovered for about a decade. DNA samples which were compared against the National DNA Database did not reveal a positive match for the remains.

At a press briefing in Midleton, Co Cork, gardaí issued an appeal for the assistance of the public in identifying the remains unearthed on January 5th by workmen on the former Midleton to Youghal Road.

Supt Adrian Gamble said gardaí are satisfied that the woman in the undergrowth is not 46-year-old Tina Satchwell who disappeared from her home in Youghal, Co Cork in March 2017.

He also confirmed that the case was a criminal investigation.

Investigation has found the woman was wearing a white nightgown that is 50 inches in length, had dentures, suffered from arthritis and was large-framed. She was also relatively small in height, at between 5 feet and 5 feet 2 inches.