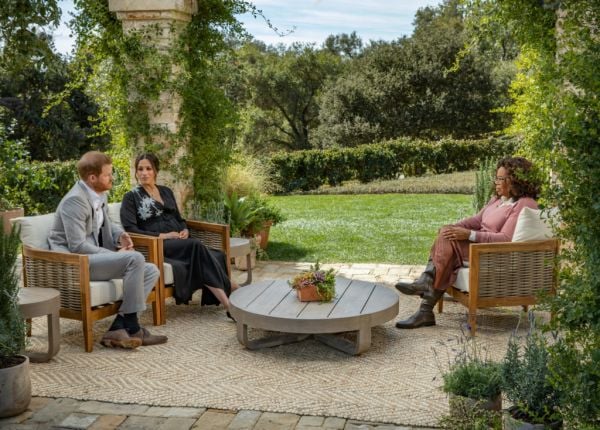 Oprah Winfrey has said there is “no subject that is off-limits” in a teaser for her much anticipated interview with the Duke and Duchess of Sussex.

Royal aides will be anxious at the claims made by the chat show queen whose “tell-all” conversation with Harry and Meghan airs at the weekend and now has an extra 30 minutes.

Any revelations could damage Harry’s sometimes troubled relationship with his older brother the Duke of Cambridge, at a time when the dust was beginning to settle on the Sussexes’ decision to step down as senior royals.

In a short video clip released from the interview, Winfrey asks Meghan if she was “silent or silenced?”, with the duchess’s answer not revealed.

At one point in the trailer, Winfrey tells viewers: “Just to make it clear to everybody, there is no subject that is off-limits,” as Meghan nods in agreement.

And in response to a comment made by the duchess, Winfrey asks: “Almost unsurvivable. Sounds like there was a breaking point?”

For the interview, Meghan wears a black Giorgio Armani dress with a lotus flower on her right shoulder – a bloom highly regarded in many cultures which symbolises rebirth, enlightenment and purity.

And she has Diana, Princess of Wales’ diamond bracelet on her left wrist and her eyes are more heavily made up than usual.

The Queen stripped the couple of their prestigious patronages after they confirmed they would not be returning to the UK and resuming their roles as senior royals.

In what has been interpreted by some commentators as a defiant comment from the Sussexes, a spokesperson for the couple said afterwards: “We can all live a life of service. Service is universal.”

Harry said he feared “history repeating itself” in an apparent reference to the death of his mother Diana, who was killed in a Paris car crash after her vehicle was pursued by the paparazzi.

The duke was speaking in a second preview video, and went on to say he was grateful to have had Meghan’s support throughout his exit from royal life, while also expressing admiration for Diana’s endurance under similar circumstances.

While holding Meghan’s hand, he tells Winfrey: “I’m just really relieved and happy to be sitting here, talking to you, with my wife by my side, because I can’t begin to imagine what it must have been like for her, going through this process by herself, all those years ago.

“Because it has been unbelievably tough for the two of us, but at least we had each other.”

It comes days after Harry’s appearance on US talk show The Late Late Show, in which he told host James Cordon the “toxic” atmosphere created by the British press is what forced him and his family to leave the UK.

Winfrey’s interview has been extended by 30 minutes to two hours after the Sussexes confirmed the decision to step down as working royals.

And the show has been reportedly re-edited after being filmed in mid-February as the duke and duchess spoke about their royal roles.

It is not thought the Royal Household were told in advance about the interview – but as private individuals the couple do not have to disclose such information.

Oprah with Meghan and Harry: A CBS Primetime Special, is set to air on Sunday evening in the US – at 1am on Monday in Ireland and the UK.