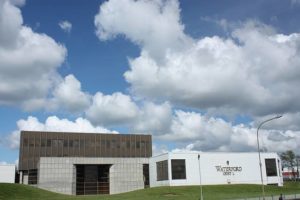 IN a joint statement issued this week, Labour and Independent members of Waterford City & County Council have accused Minister of Further and Higher Education, Research, Innovation and Science, Simon Harris of having no desire to deliver “meaningful capital resources to the new institution.” Following a presentation, which was delivered by WIT President Willie Donnelly and Vice-President for Strategy Richard Hayes last week, a sizeable gap between Waterford’s vision for the Technological University of the South East (TUSE), and the amount of funding committed to and delivered over the past decade to WIT was exposed. The Labour and Independent Councillors have highlighted, in no uncertain terms, the lack of confidence around the appointment of a suitable board, and the fear that a “nasty and unproductive power struggle” will ensue. Without clarity on capital and general funding, HQ decisions and configuration, a decision to proceed with the merger was called “reckless”.

Eleven signatures accompanied the statement issued by Labour and Independent Councillors. The presentation explained the pivotal role of higher education in the South East, together with the place the TUSE will have in the vision for the National Development Plan 2040.

During the meeting, it was made clear that such a vision would bring student numbers up to 15,000-18,000 with a positive economic impact of up to €1bn in Waterford.

In order to achieve and deliver this vision, a sizeable extension to the Cork Road campus is planned. It was understood by both Labour and Independent members that this extension referred to the old Waterford Crystal site, with a clear and immediate need for a €150-€200m capital investment. This development could also be achieved on the existing Cork Road, or at Carriganore.

No clarity was offered on the government’s intention to fund any capital investment or offer clarity on the pressing issue of the headquarters, only to explain that a decision on this would be a job for the new board which will be appointed by Minister Harris once the application has been submitted. Without that certainty, IT Carlow and Waterford IT are continuing to work towards an April submission to the Minister with an application for the TUSE.

The statement issued by Labour and Independent Councillors made the following observations:

“It is now very unlikely that the new institution will be headquartered in Waterford given that Minister Simon Harris will appoint the board who determines the HQ. We base this on the Minister’s recent vocal patronage of Wexford’s cause, and his predecessor Mary Mitchell-O’Connor’s patronage of Kilkenny’s cause, and the treatment of WIT and Waterford for the past decade. For the Minister and the government not to decide on this vital strategic issue in line with the National Development Plan objectives is an act of political cowardice in our view and suggests one of the earliest acts, after the creation of TUSE, will be a nasty and unproductive power struggle.”

“It is now abundantly clear that Minister Simon Harris and the Department of Further and Higher Education, Research, Innovation and Science do not have the desire to deliver meaningful capital resources to the new institution. We base this opinion on the pre-merger delivery of significant capital investment in the Dublin and Munster Technological University projects; on the recent media presentations by Minister Harris in Wexford; on the failure to deliver meaningful capital funding to WIT for at least the past decade and the continued refusal to specify a quantum of funding now.”

“Given the Government’s self-imposed deadline for taking an application from WIT of April 28, 2021, we encourage all stakeholders to call for and await clarifying decisions from Government on capital and general funding, headquarters and configuration before committing to the proposed irrevocable merger process.”

Signed by all eleven councillors, the document stated that the, “TUSE is not the only show in town.” Calls were made for the TUSE to be an institution of equal standing, funding, impact and opportunity in line with other universities. In the absence of any clarity on the above observations, they are not lending their support to the application process as it stands, believing both IT Carlow and Waterford IT would be put at risk in such an unclear merger.

At a Joint Oireachtas Committee last week for the future expansion of TU’s, Waterford Green Party TD, Marc Ó Cathasaigh asked Minister Simon Harris to comment on the location of the HQ, together with the application of capital funding and the composition of the board. Deputy Ó Cathasaigh reminded Minister Harris that since 2004, the South East has only acccounted for 1% of the capital investment nationwide.

Minister Harris said in relation to the location of the Headquarters, “there was misinformation, disinformation and downright nonsense put out around Kilkenny over and over again. No matter how many times I called it that, some people continued to go with it. No decision has been made and there is no proposal in respect of Kilkenny.”

No substantial response was offered to Deputy Ó Cathasaigh on the subject of funding, only a reassurance that capital funding was more essential than the HQ location and has the backing of the Minister and “the whole of Government”.

Harris confirmed that he will appoint the first governing body, which is made up of the chairperson, two external members and one member nominated by the ETBs in whose area the technological university is situated.

Sinn Fein’s Deputy David Cullinane followed this with a very direct question, “will we see the colour of that money before the designation of a university?”

Minister Harris replied, “the overall capital envelope will be decided in the national development plan. That is not delaying the discussions I want to have with Waterford Institute of Technology, as it now is, the local authority in Waterford and others to try to secure additional space. Those conversations are active, live and ongoing as we speak. The question of how advanced and how quickly we can get them remains to be seen.”