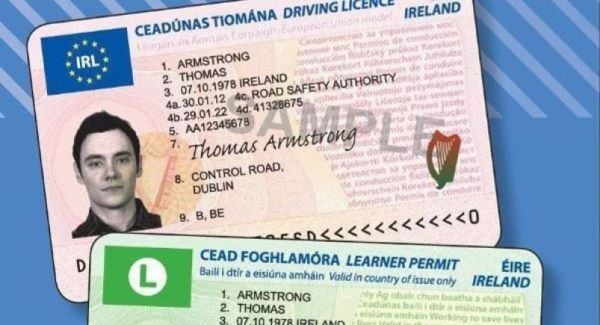 More than 71,000 people have transferred their UK driving licences to Irish versions due to Brexit.

The Road Safety Authority (RSA) says it believes it has passed its “peak” with the level of people changing their licences.

It appeared before an Oireachtas Transport Committee to discuss the waiting times for driving tests.

Director of Driver Testing and Licensing at the RSA Declan Naughton says essential workers could be waiting more than 20 weeks for a test.

Mr Naughton said: “There was a number going around in 2019 that there was probably around 70,000 to 80,000 UK and Northern Ireland licence holders resident here, right now we’ve exchanged just over 71,000 and the numbers are falling in terms of intake, that would suggest we have pretty much hit peak exchange.”

It was recently announced that driving licences due to expire will be automatically extended due to the ongoing lockdown.

The Government say the change has been notified to gardaí, and expiry dates can be checked on the National Driver Licence Service (NDLS) website.

Junior Transport Minister Hildegarde Naughten says letters will be sent to people who are due for renewal.

“You won’t be reissued a new licence on foot of that extension but the Road Safety Authority (RSA) will automatically update the driver records to show your new expiry date and then people who are entitled to this extension will receive a letter explaining that the expiry date of their licence has been extended.”