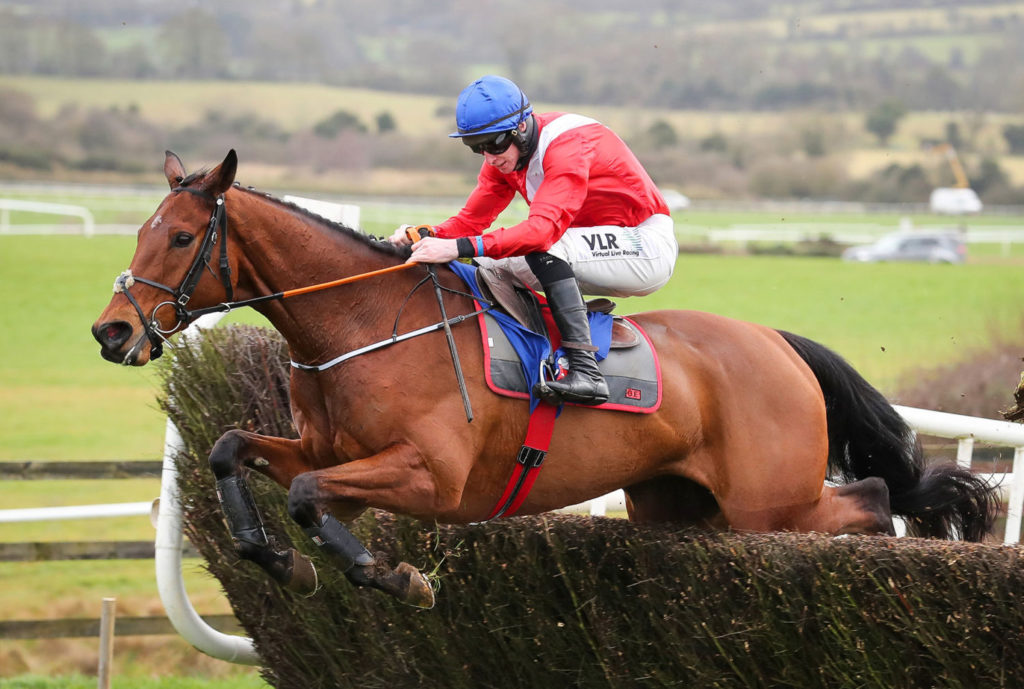 Jack Kennedy wins partnering Envoi Allen to victory at Punchestown in January. This was his 11th win from 11 races under rules. He is now on his way to Waterford to be trained by Henry de Bromhead. Photos: INPHO.

Top Waterford horse trainer Henry de Bromhead is to benefit from the decision of Cheveley Park Stud to remove their eight horses from the Gordon Elliott yard with unbeaten National Hunt superstar Envoi Allen, a twice winner at the Cheltenham Festival, set to move to Knockeen.
The news comes after the IHRB announced today that the hearing into the social media photo that has shocked the horse racing world depicting Elliott sitting making a phone call on a dead horse at his Cullentra House Stables will be held on Friday.
Envoi Allen, who is favourite to land the Marsh Chase at the Cheltenham Festival in two weeks time, will be joined at Knockeen by Supreme Novices hurdle third favourite Ballyadam, and Quilixios, who is current favourite for the Boodles and third favourite for the Triumph Hurdle. Malone Road and Guily Billy will also join Henry.
Champion Bumper second favourite, Sir Gerhard, wlong with Grangecalre West and Classic Getaway will move to Willie Mullins.
This latest development into the downfall of Elliott comes after the BHA announced in a statement on Monday that the Meath trainer would not be allowed to have horses run in the UK whilst “the Irish authorities investigated the image that appeared on social media.”
The BHA also confirmed that “Owners for horses currently trained by Mr Elliott are permitted to transfer them to a different trainer and run them at a British meeting, providing they comply with the relevant rules.”
After Elliott’s long supporter Michael O’Leary of Gigginstown House Stud, whose ill-fated horse Morgan was the subjected to the photo, confirmed that his operation would continue to support the trainer, Cheveley Park have decided to part company.
Other top owners, Noel and Valerie Moran have yet to comment on the matter.

‘TERRIBLE ERROR OF JUDGEMENT’
The news broke on Attheraces this afternoon when Richard Thompson, director of Cheveley Park Stud said, “We made the decision this morning (Tuesday) to move the horses from Gordon’s yard. We have eight horses with him, and they’ll move between Henry deBromhead and Willie Mullins. Envoi Allen with go to Henry so will Quilixios, and Sir Gerhard will move to Willie along with Grangeclare West and Classic Getaway.
“We had to consider yesterday around the building story, and the backdrop of the Cheveley reputation in terms of where we sit in the industry. We had to do the right thing by Cheveley Park Stud.
“At the time being we’re moving the horses and that’s it. It’s a terrible time for Gordon, but he has made a terrible error of judgement. I explained to him that I had to do what was right by Cheveley Park and our standing in the industry. In the short to medium term, these horses will stay with Henry and Willie.
“In terms of jockeys and in particular Envoi Allen, we’ll want to stick with previous relationships with Jack Kennedy or Davy Russell pending on injuries.”
Henry de Bromhead already has A Plus Tard in training for Cheveley Park Stud and the pair combined to win the Grade One Savills Chase at the Leopardstown Christmas Festival. 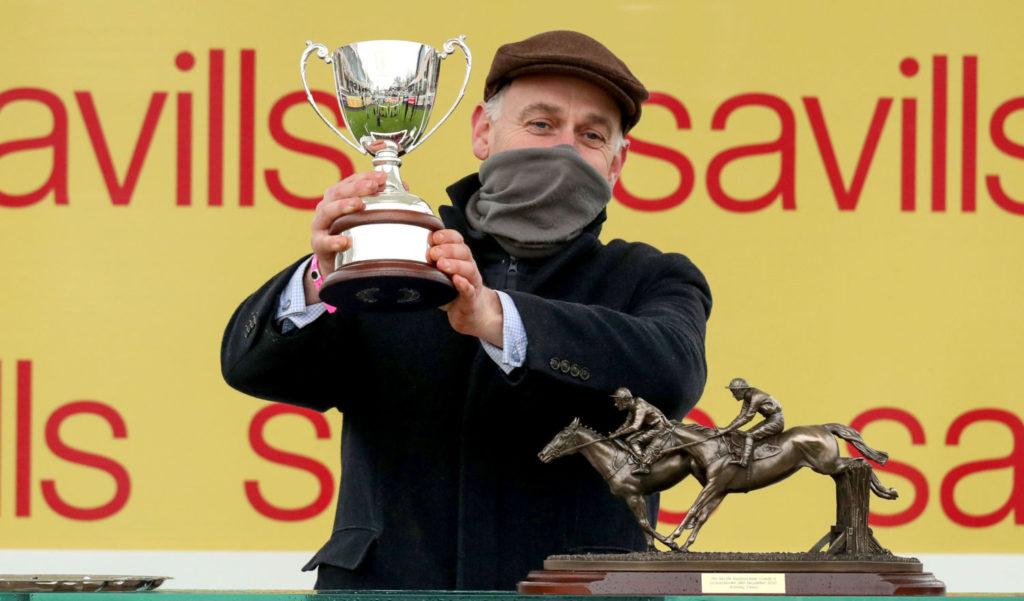 Waterford trainer, Henry de Bromhead, pictured here after training the Cheveley Park owned A Plus Tard to victory in the Grade One Savills Chase at Leopardstown at Christmas. He has today been given five horses to train by the owners as a result of the fallout of the picture of Gordon Elliott sitting on a dead horse, which emerged over the weekend.

SECOND INVESTIGATION
The IHRB today also released a statement saying that, “The Irish Horseracing Regulatory Board are aware of further social media content circulating and the matter is under investigation.”
This is believed to be a video of a top Irish amateur jockey.
More on this story as it develops.