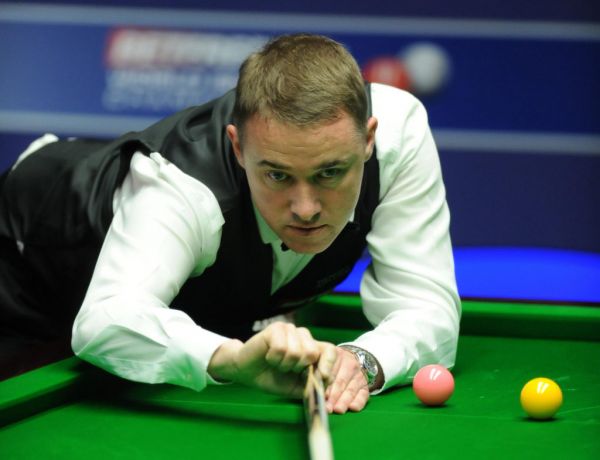 Stephen Hendry will target eight hundred centuries and a return to the Crucible after making an impressive return to the professional snooker tour despite a 4-1 defeat to Matthew Selt in Milton Keynes.

The seven-times world champion compiled the 776th three-figure break of his career in the second frame of the Gibraltar Open first round match, extending a mark that had stood for so long it forms part of his permanent social media handles.

Hendry insisted: “I think I’ll only change them when I get to 800 – 766 now is not a massive thing. Qualifying for the Crucible is the goal, and making 800 centuries is another goal. I am just enjoying being back really.”

Hendry did little wrong in his first tour match since a 13-2 thrashing by Stephen Maguire in the quarter-finals of the 2012 World Championship, which had led the Scot to admit it was an “easy decision” to walk away.

Despite a foul on his very first shot when he attempted a two-cushion roll-up to the pack of reds, Hendry showed every indication of being equipped for the challenge, culminating in his superb break of 107 to briefly level the match in the second frame.

Hendry added: “I really felt the nerves – when I put my suit on in the hotel room that’s when it really hit me, which is a good sign because without nerves you can’t perform. It just needs to be nerves of excitement, rather than nerves of not knowing what’s going to happen.”

Hendry will next set his sights on an unlikely return to the Crucible via four tough qualifying rounds next month, but admitted: “My safety has to be tighter and my long game has to be better – it’s not ready yet to qualify for the Crucible.

“I think there’s work to do and I’ve got a month of practice to get it better. I’ve tried to keep the expectations down about my comeback. It’s not about winning eight world titles. I’m coming back to play in arenas, hopefully with people in them, and enjoy the buzz of competing.”

The 52-year-old might have hoped for an easier start than against his good friend Selt, the world number 35 with a ranking title – the 2019 Indian Open – to his name.

Hendry accepted a two-year tour card from World Snooker Tour chairman Barry Hearn in September last year but rumours swirled over his true intentions after he pulled out of a series of projected comeback dates.

His bid was also questioned by a number of the game’s current stars, with world number one Judd Trump describing Hendry’s move as a “strange one”, and Ronnie O’Sullivan warning he will be plunged into a “rat race”.

Despite his initial mistake, Hendry had cause for encouragement in the opening frame, as an impressive long blue set up a break of 38, before a loose safety ultimately handed the advantage to his opponent.

Hendry bounced back in vintage fashion in the following frame, seizing his opportunity after Selt’s missed brown to fashion a superbly-executed break to black of 107.

An immediate response of 65 set Selt up to nudge back in front at 2-1, and the 35-year-old maintained his stellar long-pot success to carve a break of 48 which proved enough to nudge him one frame from victory at 3-1.

Never the biggest fan of safety play, Hendry was left to acknowledge the improvements required in that element of his game if he is to stand a realistic chance of clawing his way back to the Crucible.

Selt continued his admirably focused display into the fifth frame, when he took two opportunities to build an unassailable advantage and close down his good friend’s comeback with a 4-1 win.

Selt conceded his surprise at the level of his friend’s performance admitting: “I wouldn’t have given him a hope of qualifying for the Crucible coming into this, but he has clearly proved he can get there, for sure.

“He has the one thing that I don’t have and lot of others don’t have – unbelievable amounts of bottle, and he has won everything in the game.

“When the opportunity presents itself, he will take it, whether it’s to win a match or get to the Crucible. It’s a bit early to say he will be competing for titles, but if anyone can do it, after that performance I genuinely think he can make it.”