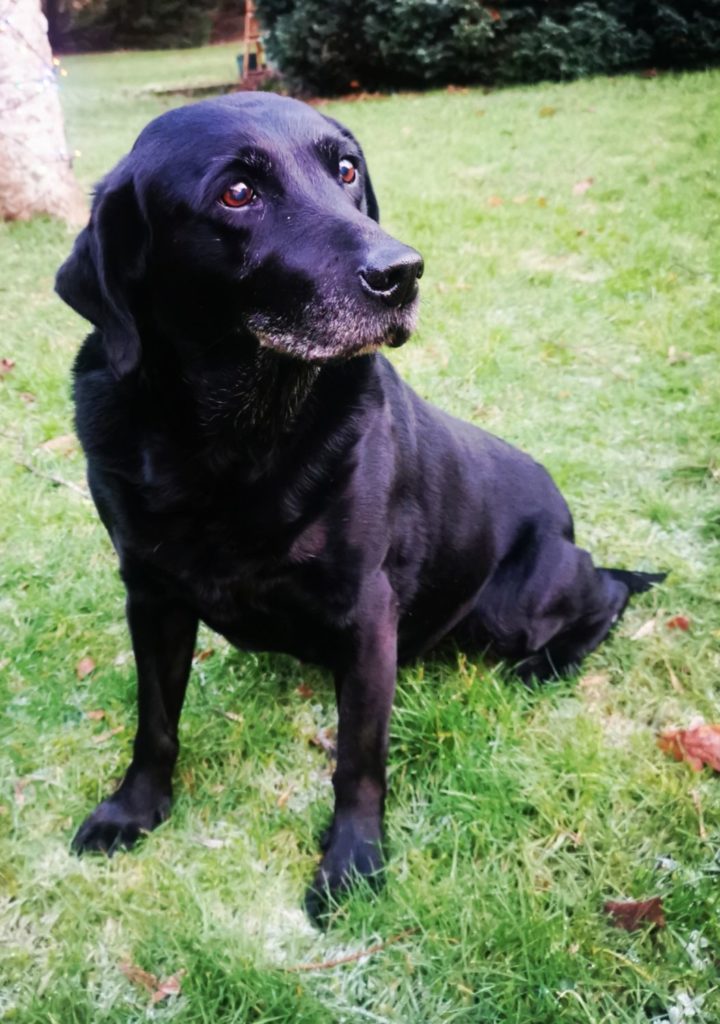 Dizzy has been a regular walking companion of mine in Portlaw for over a half-dozen years.

“After surgery, the vet told my brother-in-law: ‘She should be called Lazarus!’”

SHE’S been a walking companion of mine for at least one day a week for the past half-dozen years – and then some. Her love is unconditional and unwavering.

Her enthusiasm for a ramble, even if she’s lost a few gears, remains unbridled. Even now, in these socially distanced, family bubbled times, she’s a steadfast anchor in the limited schedule that has befallen life as I’ve come to know it since last March.

Her black coat is splendidly thick while the jawline speckled in white-ish flecks offers a hint at her seniority.

And when those kind, warm eyes of hers look up at me while I sit with her outside the kennels that Johnny, my late father, built almost 40 years ago, I’m a 10-year-old boy again, a million miles away from the harsh realities of adulthood.

A Labrador and a very good girl, Dizzy is the last remaining dog at the Portlaw homestead, the surviving link in a chain of canine ownership that accounts for the span of both my Dad’s life and that of his father’s. Jimmy, Johnny, Sallyhene (our townland) and dogs. I can’t imagine one end of the previous sentence without the other.

Dizzy has enjoyed more non-kennel time over the past 11 months than at any period in her decade of life.

With the yard gate shut, she gets to explore the garden while my Mam busies herself with the million and one things that Mam has always busied herself with. That mother of mine remains as constant as the Northern Star.

There’s not a day that goes by without Dizzy ambling over to the back door, awaiting the treat she has become accustomed to receiving in more recent years. And Mam never disappoints on that front, presenting one if not two snacks for the delighted ‘Diz’.

With snacks devoured, she sets off again in that slaloming, gentle dressage trot of hers to seek out something worth sniffing or, even for a few minutes, clicking into working test mode, befitting Dad’s diligent and consistent training.

Her head lowered and tail bobbing from left to right like a furry wiper blade, the years melt away as Dizzy darts through the cover provided by the small woodland at the top of our garden.

Growing up, we never needed to enter a wardrobe to discover Narnia. We had our own forested paradise, beyond the line of conifers that separated the front lawn from the wood, as did all the labs and spaniels Dad owned and trained over the years.

A triangle of trees and scrub, flanked by a roadside ditch on one extremity and the Curraghmore Wall on the other, Dizzy has the wood all to herself now. It was not always so; in my secondary school days, the kennel population was regularly in the high teens. Now that meant a lot of feeding – and a hell of a lot of cleaning!

The ‘big scrub’ on a Saturday morning and the dispersal of diluted Jeyes Fluid via a watering can had me readily accustomed to the concept of thorough sanitisation long before the pandemic dropped anchor last March.

But that Dizzy is still among us, enjoying the peace and quiet of home, is quite the feat in itself. It’s why I’ve come to know her as our Miracle Dog.

On Sunday, April 22, 2018, I called home to check in on Dizzy; Mam was away at the time. I unlocked her kennel house to find her lying uncharacteristically still. She was clearly uncomfortable; a sentiment confirmed by a discharge on her bedding.

I gently lifted Dizzy out of her house and into the back seat of my car, bound for Jer Clancy’s veterinary practice, situated between the River Suir and Carrick Davins GAA Club. My hopes weren’t high as I lowered Dizzy onto a consulting table for Jer. 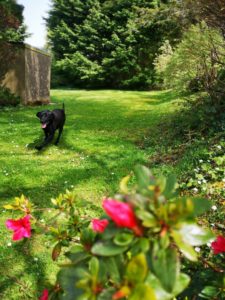 Dizzy was aptly named by my Dad Johnny!

Jer soon operated on her and to his great relief, Dizzy rallied brilliantly. My brother-in-law, who lives nearby, collected her with the intent of bringing her home. “She should be called Lazarus,” joked Jer!

However, while enjoying a stretch of the legs before her expected trip back to familiar surrounds, disaster struck: Dizzy’s post-op stitches burst.

Further surgery was required after she had suffered another haemorrhage, her second in six days. Having re-opened Dizzy, to Jer’s amazement, a gut which had featured a worrying black hue during the initial surgery, was now a very healthy pink. Whatever toxins had been in Dizzy’s system now appeared thankfully absent.

Eight days after being struck with illness, my Dad’s little Lab had made an incredible recovery. “Everything inside is after healing so well,” Jer told my brother-in-law, collecting her for the second time. The avuncular vet added: “Johnny Keyes would be proud of her.”

On Tuesday, May 1, 2018, Dizzy was back home, greeted by both Mam and Jake, Dizzy’s fellow and elder Labrador in the neighbouring kennel.

Jake died, thankfully without any discomfort, on June 7 last, aged 15. Life had, in his case, simply run its course. It was a sad day for all of us.

And so Dizzy now represents the last dog in the Keyes homestead, almost five years on from the loss of her master. She’s a link not only to Dad but to each and every dog Johnny loved and trained so well throughout his 67 years.

The most constant presence in Mam’s world these past 11 months, Dizzy may be short in stature but remains Himalayan in spirit and full of affection. Nicknamed ‘Queen Dizzy’ by my pet-loving little one, long may the Miracle Dog of Sallyhene reign!