Why not a full University, asks Kilkenny Councillor 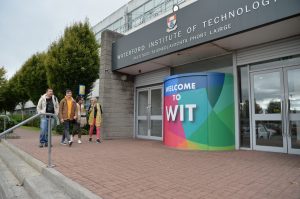 THE Chairman of the Piltown Municipal District has re-tabled a curiosity expressed by many stakeholders on both sides of the River Suir when it comes to the provision of third level education in the South East.

Speaking at the conclusion of the District’s March meeting, Cllr Eamon Aylward (FF) stated: “The Technological University of the South East seems to be a never-ending saga and ongoing story. Can we just bring it up at CPG (Corporate Policy Group) level to get that on the agenda for the full Plenary meeting to see where we’re at with it, to have somebody give us a proper report as to what the state of play is at the moment and why it is we’re only looking for a Technological University: why are we not going for a full university for the South East that would put us on a par with Cork, Limerick, Galway and Dublin who all have full universities and Munster now, which has a Technological University as well.”

Requesting that the matter be raised by the Council’s CPG (which was scheduled to meet today), Cllr Aylward added: “We need somebody to give us a report to see where we’re at with it, where WIT and IT Carlow are when it comes to the (TU) submission, what progress has been made to date and when we can look forward to a university being located in the South East of Ireland and why are we going for a scaled-down version when we should be going for full university status. So if that can be raised at CPG level, I would welcome it.”

Economic Director of Services Sean McKeown told Cllr Aylward that he would raise the issue at that forum.